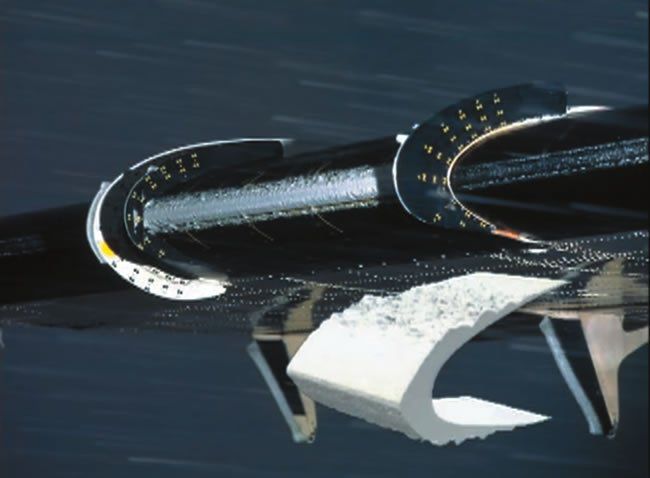 Training to handle in-flight icing is one of aviations worst Catch-22s: Most pilots fly airplanes that arent certified for flight into known icing-therefore its illegal to take dual to get experience in ice in those airplanes-so the first time a pilot gets into icing conditions, he or she is all alone in of the most complex situations in aviation.

The FAAs just say no to flight into icing approach is not rational given that, according to an AOPA study of NTSB data, icing accounts for 10 percent of all weather-related accidents and 22 percent of fatal weather-related accidents. With those kind of odds, it would seem that a pilot who flies IFR where theres a risk of airframe icing would do his or her utmost to get hands-on experience in dealing with ice in the type of airplane she or he normally flies.

The burning question is: Because the FARs prohibit a pilot from intentionally flying an airplane that is not specifically approved for flight into known icing (FIKI) into forecast icing conditions, and because pilots wind up in ice in non-FIKI airplanes, how can they best prepare themselves so as not to star in an NTSB report? To answer that, well look at what training is and isnt available, the risks of flight into ice in non-FIKI airplanes, and make recommendations as to the best training available.

Flight Training
We asked flight schools whether they gave flight training in actual icing conditions. The Part 141 schools referenced their training for the instrument or ATP ratings as the only time that there would be any reason to give training in actual adverse weather conditions. Each one we spoke with said that they did not have FIKI-equipped training airplanes on their flight lines. Therefore, there was no way that they were going to engage in flight training, intentionally, in forecast icing conditions.

With visions of the icing-induced Colgan Airways crash in Buffalo, New York, in 2009 and the need for icing experience for professional pilots, we wanted to know more than the official answer at Part 141 schools. We sought to find out whether there might be any sort of we arent going to do it, nudge, nudge, wink, wink going on and whether students who really wanted to get some experience with icing could get it sub rosa. After making discreet inquiries we concluded the chances were near zero.

Travis Klumb, Director of Flight Standards at Cirrus Aircraft and a graduate of a Part 141 flight program summarized what we learned-that the students and instructors are there because they want to get a job with the airlines and they do not want to risk having a violation on their records, so they are not going to go outside Part 141-approved instruction syllabi and the FARs.

Part 61 training is a different story. For a pilot working on an instrument or ATP rating or an aircraft owner seeking instruction in her or his airplane, training in actual icing conditions is available.

However, its going to be on an instructor-by-instructor basis, on the quiet and probably with the school or FBO loudly announcing that such illegal training does not go on at its facility.

Our observations and interviews (CFIs were not willing to go on the record) led us to the conclusion that instructors who have been around the block, especially in the northern U.S., believe that giving instrument pilots experience in actual icing conditions, in the type of airplane they normally fly, is of great value to the pilot.

Most were aware of the NASA research that shows that even small amounts of certain kinds of ice can have very large, negative effects on the lift and drag of some airplanes-so there is a very real risk. Yet they told us that they were of the opinion that a pilot who has had some experience in actual icing conditions (rime or mixed only, none would intentionally operate in clear icing) were better able to make informed decisions whether to depart on a proposed flight as well as what to do if they encountered ice in flight.

We emphasize that such instruction is not legal under the FARs and that there is a risk of serious injury or death if one intentionally accumulates any amount of any type of airframe ice on a non-FIKI airplane. We do NOT recommend training in actual icing in non-FIKI airplanes.

Simulators
Victor Veltze, a sales representative with Frasca, told us that Frasca simulators are built to the demands of each training operator and some icing simulation can be included. He also said that, for simulators and icing performance, the issue in design is the icing model that is used-and there may not be a satisfactory model for a non-FIKI airplane.

In speaking with instructors who trained in the Redbird and Frasca simulators, we were told that the sims tended to overreact to icing. One said that the sim at his school fell out of the sky, and that the simulation was not realistic. Because of the lack of accurate icing models for non-FIKI airplanes, realistic flight simulation isnt currently available.

We cannot recommend any simulator for icing training and are concerned that their overreaction to ice may make training in them counterproductive because they could encourage rash rather than rational decision making by a pilot on a first-time ice encounter.

Ground Training
Now that weve gone through the bad news-heres the good news, and its good indeed. We surveyed free web-based interactive and video ground training programs. We found five that we recommend-three of which are exceptionally good.

NASAs cutting edge icing research in a Twin Otter at its Glenn Research Center in Cleveland-one of the worst places for ice in the U.S.-is the basis for most of the courses. We think NASAs research and its willingness to aggressively publish in a consumer-friendly form has saved lives. Sort makes a person happy to be a taxpayer.

We highly recommend NASAs two web-based, interactive icing courses, A Pilots Guide to Ground Icing and A Pilots Guide to In-Flight Icing http://tinyurl.com/9zut3. The first is designed to give detailed information to pilots about the types of icing that result from weather activity while the airplane is parked in the open and how to deal with it. The second, on in-flight icing, is the most complete ground school on the subject weve ever seen. Depending on how many of the associated videos and additional information icons one clicks, completing the densely packed course takes between four and six hours.

The course includes detailed discussion of types of icing that may be experienced, with excellent photos, the most recent research on the phenomena of super-cooled large droplets (SLD), how they can quickly overwhelm any deicing system and how they were never considered when the regs were written for FIKI certification. As would be expected, the course includes operational scenarios and quizzes based on scenarios-but they arent the usual yawners we normally see in aviation training courses-they are well thought out, realistic and require serious thought to answer.

We also recommend NASAs 55-minute YouTube video, entitled Icing for General Aviation Pilots. Beginning with a gut-churning recreation of an actual severe icing event, it segues into passing along excellent icing information and strategies for dealing with it through realistic scenarios (the acting is a little stilted) involving two flights in the Great Lakes area, one FIKI and one non-FIKI. As each flight progresses, what we consider to be good alternate situations are tossed in to create a number of what if deteriorating weather events.

Near the end of the video, the outcome of the severe icing event is unveiled-we wont spoil it for you.

For a good, compact icing guide that can be kept handy on a tablet or printed out, we recommend the AOPA Air Safety Foundations Safety Advisor, Weather No. 1, Aircraft Icing pamphlet, http://tinyurl.com/q4ukocw. While it does not go into the depth of the NASA presentations, it is a solid introduction to the subject, uses a number of NASA photos and describes some real-life events to show that its not just theory.

Finally, we have always liked the Safety Education Online Courses available on the AOPAs website. For icing training, we recommend the course Weather Wise: Precipitation and Icing.” It takes about 30 minutes to complete and provides a solid introduction to the effects of inflight icing, although the quiz portion is only mediocre.

Conclusion
We are aware that pilots in the northern U.S. often intentionally fly through layers of stratus clouds, knowing they will collect some ice. They learn about ice via the school of hard knocks rather than in an organized, safe fashion.

Given the number of icing-related accidents of non-FIKI general aviation aircraft, we are deeply concerned about the absence of a legal way for pilots of those aircraft to get hands-on training so that they can make well-informed decisions about dealing with it safely. In our opinion, this is a gaping hole in the FAAs obligation to increase the level of flight safety-especially as no simulators exist that can reasonably duplicate the behavior in ice of the airplanes that most often collect it. We, nevertheless, do NOT recommend non-FIKI training in icing conditions.

For excellent ground training, we cannot recommend too highly the NASA online icing course and its YouTube video. We also recommend the AOPA ASF icing pamphlet and online course.