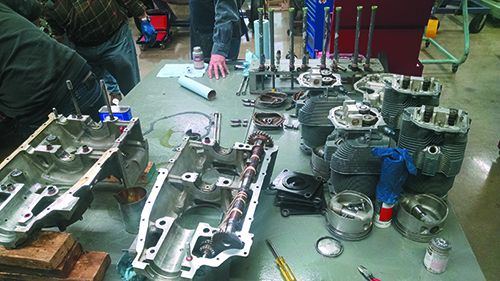 I recently attended Lycoming’s factory engine training course and found that the curriculum isn’t limited to mechanics. As expected, the students were predominantly A&Ps but there was only one airplane owner (of a Pitts S1) who simply wanted to learn more about his engine. I think more owners should take his approach, and many don’t realize that Lycoming tailors the course to owner/operators and mechanics alike. As an educator and a practicing A&P, it was obvious to me that 70 percent of the material covered is appropriate to aircraft owners willing to learn proper engine operation and simply want to build on their knowledge of what’s going on underneath their cowlings.

The five-day, 40-hour Lycoming program is taught at the Pennsylvania College of Technology in Lycoming’s hometown of Williamsport, Pennsylvania, by Mike Damiani—a former Lycoming factory representative with a passion for small airplanes.

The first half of most days is spent in the classroom and the second half is in the lab with a teammate disassembling and reassembling a four-cylinder Lycoming O-360 engine. For the average owner, it’s likely the first time they’ve seen a piston aircraft engine scattered on the table (see the main image above), which in itself could make them better prepared to talk the talk with their mechanics.

The course begins with the history of Lycoming and its engines, and includes a review of service publications and manuals, engine construction, theory of operation and service. While the O-360 was used primarily for hands-on, Damiani discussed all Lycoming engine models and their different applications. Some time is also spent dissecting an engine’s data tag—an important thing.

The course becomes more technical after discussing the infamous Lycoming camshaft and its strengths and weaknesses. Important for the owner/operator, additional time is spent discussing good operating habits to help with cam life. Damiani reminded everyone that inactive engines pose a problem for Lycoming cams, as do high RPM starts and cold starts without preheating.

We learned that although the engine design is old, Lycoming’s new production techniques do make newer engines more robust and safer. I’m a believer, especially after a complete factory tour led by a factory rep. The number of multi-axis CNC machines on hand is impressive and can consistently ensure the accuracy of parts tolerances.

But for me the lesson on cylinder heads was the most interesting, particularly as Lycoming wants compressions tests to be within 5 psi of each other. We learned the symptoms of sticking valves (rough-running engine for first startup of the day, and short-duration roughness that clears up in climb or cruise). Symptoms also can be high mag drops and intermittent rough idle. To cure sticking valves, Damiani discussed valve guide care and reaming valve guides. There’s also valve spring inspections and proper installation, plus proper valve adjustments.

For the owner, the topic of oil filtration should be a popular subject. In fact, if I had an older engine with an oil screen I would upgrade it to a filter. Damiani discussed oil pressure, oil pumps, oil temperature and the trends Lycoming sees. The course smartly covers the proper troubleshooting techniques for high oil temperatures—pointing out the relationship with oil coolers and thermostatic bypass valves.

The course covers spark plugs (and a spirited discussion on plug selection), ignition leads and magnetos, plus spark plug maintenance and proper cleaning techniques. I was particularly interested in reducing lead fouling on my own three O-235 engines and the course helped.

Last, if you’re building an airplane with a Lycoming engine there’s plenty of value in this $1640 course, which can be a good supplement to joining a local EAA (Experimental Aircraft Association) chapter.

Visit www.lycoming.com/contact/training for a schedule of 2020 training courses. 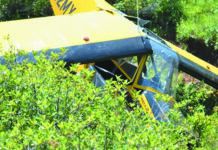 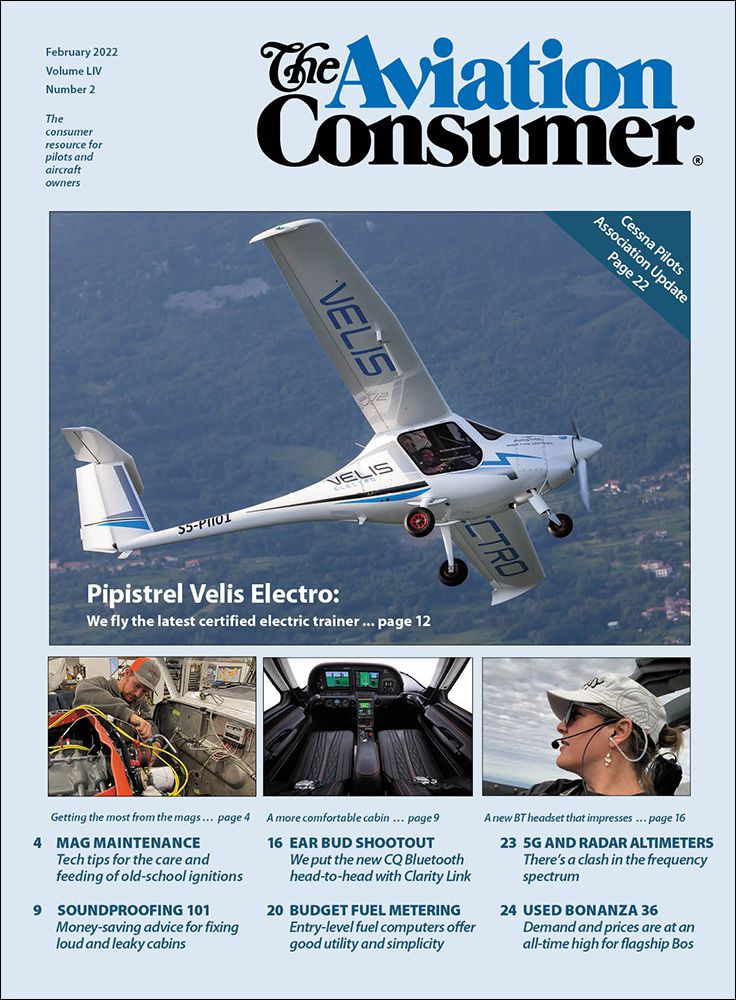