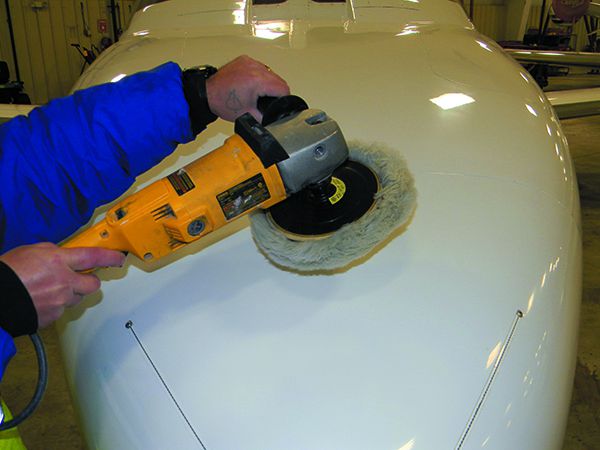 Whether it’s a wing-mounted pod or the nose cone on a twin, radomes take a beating. They smash bugs, collect ice and bear the abuse of prop-slinging stones on rough pavement. Inevitably, the radome will need to be reworked—a worthy investment if you want to squeeze every bit of performance from a radar, old or new. There’s also aesthetics—a beat-up radome is a sore thumb on a new paint job. Radomes are eyeglasses for the radar, critical for accurately transmitting the beam and receiving the returns.

“The radome is essentially a lens that you’re putting on top of the radar, and if it’s compromised you might lose transmit power, and get less signal coming back in. That means an underrepresented weather picture,” Garmin’s Joel Andrews told us. He’s seen plenty of issues where worn radomes have seriously compromised the performance of the radar. The other issue with a neglected radome is distortion of the radar beam. While the radar is designed to place most of the energy straight ahead, there are certain amounts of energy by nature of the pulse that get pointed down. With a worn radome, the radar can act like a radar altimeter and display unusual amounts of ground clutter. 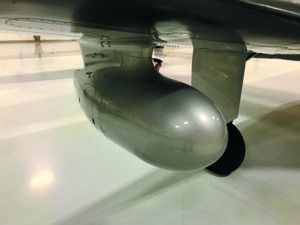 Troubleshooting an old (or new) radar? Don’t underestimate the radome as a culprit. We’re told by repair shops that more than a big percentage of radar performance issues are traced to radome flaws, which the radar manufacturers have nothing to do with. And appearances can be deceiving. Because they look OK cosmetically and don’t seem very complicated to begin with, radomes are overlooked during general maintenance. The typical radome is a honeycomb core, layered fore and aft with resin-impregnated fiberglass facings. It’s meant to be a durable and reliable shield for the pricey hardware that lives behind the dome.

They wear by being in the line of aerodynamic fire, taking rain, sand, grit and high velocity airflow on the chin. The surface paint and primer erodes, peels and cracks. Some suffer from hail damage.

“When you think about the microwave frequencies involved, a radome is like putting glasses on the radar. It needs to be as uniform and transparent as possible,” Andrews at Garmin advises. How about slapping a fresh layer of paint on the radome’s surface? Hold the spray gun. Paint selections—even when applied correctly—should be limited to approved neoprene, polyesters or polyurethane. Plain vanilla Rustoleum and most metallics aren’t recommended. But done right, we’ve heard that overhauling the radome can yield impressive gains in performance at longer ranges, in some cases improving the range from 70 miles to as much as 120 to 140 miles, depending on the radar and size of the array.

There are some things you might do to get a better feel for the health of the radome on your bird. Pull it off and hold it in the sunlight. Since it’s translucent, look for consistent thickness, black spots, water streaks along the inside edge and any apparent cracks or punctures. Debonding of the surface appears as lighter areas around the edges of the honeycomb cells.  Dumb it down and use the thin edge of a heavy coin to feel around. Tap the radome at various points on its surface. You want to hear a sharp click. A duller thunk indicates that some of the laminations may have debonded or that water got into the honeycomb core.

Pricing for radome repairs is all over the board, and it’s specialized work generally accomplished by FAA repair stations skilled in composite repairs. Before pulling a radar out for repair, have your shop look closely at the radome, while including it in every inspection.