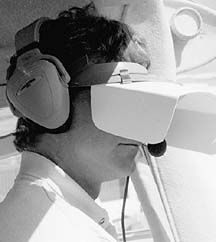 Part of the pleasure-and the pain-of owning an airplane is dumping money into the thing to buy new gadgets. Never mind if the gadgets improve performance, safety or comfort; most of us just want new stuff to play with.

But in a moment of sheer sanity, lets assume that this years upgrade budget will be spent strictly on improving safety or at least reducing the risk of an accident. Since the budget is limited, youll have to establish some spending priorities and we think the best way to do that is to examine the accident summary graphs weve developed for our model comparison article. We think some of these actions will materially reduce risk, while others are comfort level enhancements; they make you feel better but dont address a large risk factor.

Although accident patterns vary by type, the top three risk areas are consistent: Runway loss of control, fuel exhaustion and engine failures. Occasionally, VFR-into-IMC or miscellaneous causes occupy one of the top slots. With these realities in mind, heres our order of priority for safety enhancements.

Priority 1: Training
True, training isnt a glitzy box you can stick in the panel, which may explain why pilots tend to do so little of it. But with rare exceptions, the most likely accident any of us will suffer is a runway loss-of-control incident, such as an undershoot, overrun, excursion or hard landing. Harsh as it is, the truth seems to be that pilots cant land airplanes very well and some even have trouble with the takeoff.

Regular recurrent training may or may not reduce this risk; its reasonable to assume it cant hurt. Were not talking about the pencil-whipped BFR here but deliberate exploration of the airplanes takeoff/landing performance envelope, including crosswind practice in challenging conditions, landings to short runways, not just simulated short runways and exposure to wet or slick runways.

Lacking regular training, frequent practice may be as good, since it appears to us that runway accidents are largely-although not entirely-the province of 60-hour-a-year pilots.

Priority 2: Instrument Rating
Having and keeping current an instrument rating pays dividends in higher all-around proficiency. Although more than one instrument-rated pilot has died in a VFR-into-IMC incident, we think an instrument rated pilot will be better prepared to survive an inadvertent encounter with clouds.

Priority 3: Seatbelts
Yes, seatbelts. A surprising number of older aircraft dont have shoulder harnesses and many newer ones that do dont have good harnesses and belts. Obviously, this addresses survival, not accident avoidance and the two arent the same. Assuming the worst, you might experience a survivable crash but not survive because your belts didnt hold you securely in your seat or the aircraft.

Priority 4: Engine Monitors
Engine failures or power loss of some kind seems to account for 10 to 15 percent of all the accidents we review. We see this as a significant risk that an owner cant necessarily predict or mitigate.

State-of-the-art electronic engine monitors of the sort made by Insight (GEM series) and JPI cant predict all engine failures but theyve been proven able to detect troublesome trends that might precipitate failures if uncorrected.

As panel gadgets go, engine monitors are relatively inexpensive. We prefer newer digital designs which are capable of logging engine parameters so a mechanics or owners gut instincts can be borne out or dispelled by hard data.

Supporting datalogging for trend monitoring, we think regular oil analysis is a must, for it too may reveal trends that could predict impending failure. For under $20 a shot, its too cheap to ignore. Last, an engine monitor makes accurate leaning easier, supporting…

Priority 5: Digital Fuel Flow
That pilots continue to run airplanes out of gas is one of the profound mysteries of general aviation. Despite training, despite gauges and fuel flow devices and despite the denuding of entire forests to print articles about how not to run out of gas, pilots do it anyway. In some models, the Piper Archer, for example, fully one quarter of all accidents are caused by fuel exhaustion.

A fuel flow/totalizer might address this issue by accurately tracking consumption and fuel remaining. At the least, youll know exactly when youll run out of fuel and with a GPS coupled to the totalizer, youll know where.In conjunction with an engine monitor, a totalizer is helpful for leaning and diagnostics, which may have a beneficial effect on reliability.

Priority 6: Back-up Gyros
Accidents apparently caused by vacuum or gyro failure are buried in the miscellaneous columns of our review. Compared to the big three, these arent a high risk.

Nonetheless, a back-up vacuum source or electric AI is a cheap safety add-on and a comfort level enhancement.

Priority 7: Panel Upgrades
Installing a new GPS or MFD tops the list of upgrades for most owners. While rewiring the panel may reduce the likelihood of failure or fire and a moving map is terrific for situational awareness, the pure safety benefit of such improvements is debatable.

Priority 8: Storm Avoidance
See above. While undeniably a plus, storm avoidance gear is a safety enhancer only for pilots who venture into conditions where its useful, and then perhaps only a few times a year. In other words, a Stormscope or radar costs a bundle to reduce a relatively small risk. Another comfort level enhancer.

Priority 9: De-icing Gear
Same reasoning as priority 8. Every flight represents an opportunity to have an engine failure or run out of gas but icing is a few-times-a-year event, if that. File this one in the comfort level category.

Priority 10: Anti-Collision
Lately, weve been getting phone calls and e-mail raving about how anti-collision devices see traffic thats otherwise invisible to the pilot. True. But also true is that most of that traffic represents no collision threat. Big Sky theory at work and some validation that see-and-be-seen is credible.