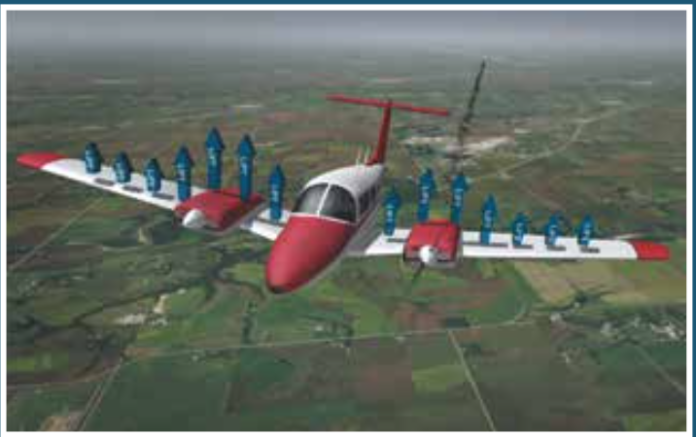 Over the last year Sporty’s (www.sportys.com) has issued the first of what is to be a series of online training courses that go beyond the usual private, commercial and instrument rating training materials. The initial two were on aerobatics and featured the legendary Patty Wagstaff. We were impressed by the content and quality of the courses. Sporty’s has now issued its third new online course: multi-engine training designed to speed a student toward the multi-engine rating.

We’ll start with our conclusion: This is one of the best multi-engine ground training course that we’ve ever seen.

It is content rich, accurate and succinct and the inflight videos and graphics are superb.

We’ve been teaching multi-engine pilots for years yet we found several areas in the course that explained concepts in a way that we wish we’d been doing. For example, the inflight video and graphics on the subject of zero sideslip during single-engine operation made that complex interrelationship of offset thrust, yaw, roll and drag easily understandable.

Shot in 4K video, the $99.99 course is targeted at the pilot seeking to add on a multi-engine rating. The course can be run on just about any computer, tablet or smartphone as well as Apple TV and the RokuTV app. The inflight videos give views from outside the airplane and in the cockpit. In our opinion the views selected were appropriate for the flight regime and helped explain the concept being explored.

The animations did a good job of making clear dynamic events such as why the airplane both yaws and rolls when one engine loses power. The upper screenshot is one step in the explanation of the loss of lift on one wing as the airflow from the prop is lost as the engine slips its mortal coil. We liked the depiction of smoke coming from the left engine to help show that it was in trouble and the slightly diminished size of the lift vector arrows in the area behind the left prop as the airplane starts to roll left. 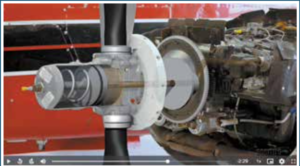 Combining good graphics with photos proved effective as well. The lower screen shot creates a cutaway view of the left propeller hub to show the spring and oil mechanism used to control prop RPM and drive the prop into feather when commanded by the pilot.

While most of the videos are shot in and around a Piper Seminole, Sporty’s Piper Aztec is front and center for several as are, to a slightly lesser extent, a Beech Baron, Diamond Twin Star and Cessna 310. While the course does not dig deeply into the systems of any one specific type of airplane, we liked that it describes the wide variety of systems that a student may find in the twins that are used as trainers—for example, the FADEC system that controls power, prop RPM and mixture in the Diamond Twin Star; the initially challenging fuel system of the Cessna 310; how an unfeathering accumulator system works; and what the pilot has to do when dealing with an engine failure on a twin that has one alternator or hydraulic pump and it’s on the failed engine.

There are about two hours of video in the course, mostly presented in six- or seven-minute, easily digestible bites. However, there is so much content in each video that we expect a student will need to watch them a number of times just to catch everything. Boring repetition is not a part of any of the videos we saw.

In our opinion, someone who spends a hundred bucks and four or five hours with this course will knock time off of his or her multi-engine training, both on the ground and in the air. We think that the course covers nearly everything that will be on the oral portion of the practical except the specific POH data for the airplane being used and some FARs that the examiner may wish to discuss.

Rather than a review quiz after each video segment, there is one, overall, 40-question quiz that is similar to the questions we would expect an applicant to have to answer on the oral portion of the practical exam.

The course also includes a number of what we consider to be best practice recommendations that will help a multi-engine pilot throughout a life of flying twins. It also has an impressive reference library including the FAA’s Airplane Flying Handbook, a multi-engine training syllabus, a takeoff briefing card for light twins and materials on safe operation of twins. Once you buy the course, your access to it does not expire, so you have a convenient reference library when it’s time for a FR or a refresher down the road.