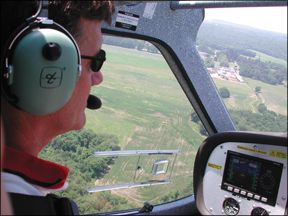 Part of the grand promise of Light Sport aircraft and the Sport Pilot license was it would reinvigorate flight training, bringing busloads of new pilot starts attracted to cheaper flying with fewer requirements (like a medical certificate).

flight training. Now that were several years into the process and have some real numbers to work with, weve decided to give this a closer look.

The short answer is that LSAs generally dont have the durability of something like a Cessna 152 and arent cheaper to maintain-and that fact may have no net effect on the bottom line. This may explain why 90 percent of our survey respondents would recommend using LSAs as trainers, even though almost none reported their experiences as trouble-free.

Dennis Brampton of St. Charles Flying Service is in a good position to speak on LSA viability versus conventional aircraft. For the past five years, hes had both on the same flight line and going through the maintenance shop. Hell be the first to complain about poor durability and high repair costs, but then hell admit his own numbers show it comes out as a wash.

These numbers for LSAs were confirmed by other schools we spoke to. In fact, if one aircraft was cheaper to maintain, it was the conventional aircraft. For example, changing a tire on a Gobosh 700 takes three times as long as changing a tire on a Cessna 172. On the other hand, the required 100-hour inspections seem to run two or three hours less for an LSA. Rotax-powered LSAs running 100LL require twice the oil-change frequency of Mogas burners, and the oil change has some extra steps to cleanse lead. Numbers varied with how heavily the school used aircraft-grade parts versus hardware store equipment, which is legal in many, non-critical LSA applications.

There was also variation with just dumb luck. LSAs broke more often, but were often (but not always) slightly cheaper to repair. Major parts from manufacturers were often just as pricey as certified parts for Part 23 aircraft. But global

takeaway is that, over time, keeping a new two-seat LSA flying in a high-abuse environs was roughly equal to maintaining a high-time classic trainer.

Running this out to the bottom line is not straightforward. Fuel burns for the LSAs are lower, averaging 4 GPH for Rotax-powered equipment in flight training versus 5+ GPH for an average O-200. Rental rates are comparable. We saw a range of $85-$130/hour for an airplane S-LSA (as opposed to J-3s or air trikes) rentals, with a tight average of $100. But dispatch reliability of the LSAs is reported as either equal-which doesnt bode well when youre comparing an essentially new aircraft to a 20-year-old one-or worse, mostly because of parts availability (or lack thereof) that can keep an aircraft grounded for weeks. This can ruin customer confidence if the only plane they can fly is repeatedly down.

Brampton shared a story that shows an interesting twist on this. Needing a gear leg for the Evektor, he contacted the company but they couldnt help him right away. They put him in touch directly with the Czech Republic supplier, and the gear leg arrived in five days. Thats pretty good time-wise, but having customers call overseas for parts is not a viable long-term support plan. These stories are not rare. One SportCruiser operator we know ordered a gear leg that arrived as a piece of unfinished fiberglass without any bolt holes drilled or even marked.

Overall, comments from flight schools fell on a skewed curve. Some folks were just thrilled with their LSAs as trainers: “With lights and a Garmin 430W, we can teach Sport, Private and Instrument students. As soon as the FAAs complex rule is signed, we can also teach Commercial and CFIs in it-at 4 GPH!” A few had tried and walked away: “We tried very hard to make it work, but I lost a lot of money and time.” Most schools were staying in the game, but well past any Pollyanna illusions that S-LSAs were ideal trainers.

We asked flight school and leaseback LSA owners how their specific make, model and year of LSA faired in several specific

areas. While the total sample size we were able to gather wasnt large enough that we can make statements with strong confidence (with too few responses and one persons unusually good or bad luck with a model will skew the results), we did see trends emerge.

A surprise favorite was the Allegro 2000 and 2007. Just three schools reported on them, but that represented a total of six aircraft. One CFI told us the 2000 was the “Best trainer I have ever been able to teach in. I have 10,000+ total time, 6000 dual and 1500 in the Allegro. This plane has over 2000 hours in a training environment and it is showing no signs of slowing down. … I dont care if I ever go back to the bigger stuff.” Users spoke of good manufacturer support-critical in school satisfaction with any of these aircraft.

No surprise was that Tecnam aircraft faired quite well, with about a fifth of the schools using at least one Tecnam. On the plus side was general solidity and ease of repair of the metal airframe and parts availability. Weak points were the interiors, particularly wear on the seat and seat belts. The nose gear is a weak point on earlier models. “Tecnams are sufficiently robust for flight training [but] subject to finesse in ground and flight handling. They are not Cessnas. No turning and braking at the same time on the ground.” The Echo Super seemed to be the weakest, with more electrical, door/interior and gear problem than the other models.

The most popular LSA for flight training was the Evektor SportStar, edging out Tecnams by a point. They were rated universally good in systems, such as flight controls or flaps. They were OK, but not without issues in canopy, tires and landing gear. They were weakest in warranty support, parts availability and manufacturer responsiveness.

Remos aircraft got more middle-of-the-road comments, some loving it and others not so happy. The fuel system was a complaint, but this may be because the Remos doesnt carry as

much as other LSAs. The gear (both nose and main) were reported as a weak point. The main gear carryover has recently been replaced with a more robust (but heavier) design. The same has happened with the nose gear. We also saw mixed reports on the ease and cost of Remos repairs and warranty support. “It was not handled well,” one respondent told us.

Other brands were at such low sample size, trends have to be taken with some skepticism, but the Gobosh and SportCruiser held up about as well as the best LSAs with complaints about parts availability and the overall cost of repairs. Jabirus were singled out as good for large pilots-six feet tall and 330 pounds-but doors and paint were a problem. Flight Designs CT line had complaints about gear issues and parts availability, but the complaints were almost entirely about the older CTSW design rather than the newer CTLS.

Worth noting is that super-simple designs, such as the Cub Crafters Top Cub or vintage J-3s, did much better than any of the newer LSAs.

A completely unexpected fact that surfaced during this study was how many pilot starts walked in the door specifically looking for Sport Pilot licenses. One school reported a shocking nine out of 10 pilots fit this category. We contacted several schools and saw a range from a third of new students specifically seeking Light Sport to 80 or 90 percent of all new applicants. These are just from schools offering both LSA and traditional trainers.

One school told us, “Other than training in the Jabiru, we are nothing special as far as schools go but I have students that drive as much as seven hours one way and stay in a hotel or camp in their motor home to train with us because there is nobody closer [who operates LSAs].”

The promoting of Light Sport training seems to be generating some real traction, so there is a market for these aircraft on the flight line. As we said earlier, how a school chooses to operate the LSAs-parts used in maintenance or 100LL versus autogas-will have a noticeable impact on the bottom line. But it seems clear that what LSA offers is newer, more technologically flashy aircraft, but not cheaper ones, Or easier to fly, for that matter. Renters may be turned off by lower wind limits some schools impose on their LSA fleet.

From where we sit, the critical factor in how this party will go is manufacturer support. Built lighter by design than the trainers of yore, these aircraft will break more often, in both significant and mundane ways, than a 152 ever did. So long as the aircraft-on-ground time can be kept to a minimum and parts costs are kept in check, the short-term viability is there.

The lurking issue is longer-term and its harder to predict. If todays $125,000 Light Sport is still on the flight line 20 years and 6000 flight hours from now, that investment should pay off. But if by that point the aircraft is so worn out it must be retired, that represents an amortized $40/hour in investment and cost of money. That may be more than our industry can afford. And its unclear if any LSA will even do that well.

It wont be too long before some LSAs have the opportunity to turn that many hours … or die trying. Then well see how well the LSA promise holds up in the cold reality of flight training.