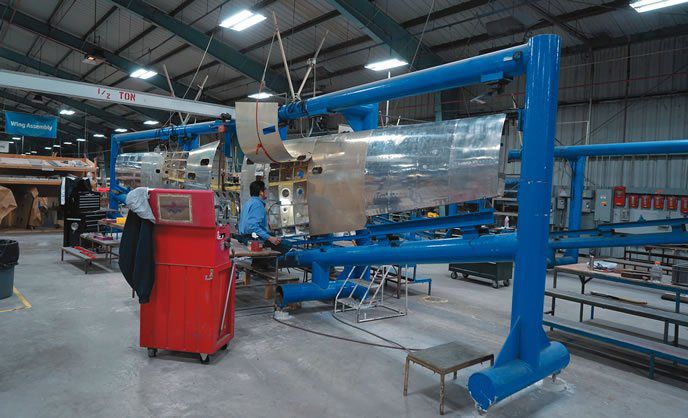 If the all-metal, high-build-hour M20 series is a sunset product, Mooney figures it will find some sales in the twilight. In addition to investing heavily in M10T/J design and production, the company has poured at least $1.4 million into its Kerrville, Texas, plant, where Mooneys have been built since 1946.

For as long as we can remember, the airplanes emerged from a series of huge barn-like structures on the Kerrville property and even as the hangars remain, Mooney COO Tom Bowen said the company is finding production efficiencies.

Mooney’s Jerry Chen estimates that the airframe requires about 6000 hours of labor and although the company has had production tracking of those hours, it has installed a new digital system to tie inventory, sales, production and accounting into one system that can provide a real-time glimpse of business health for everything it builds. “When we really wanted to get a snapshot, we had to get all these datasets to figure out what they said. Now it’s just one system,” Bowen said and there are efficiencies to be found in better tracking. “What really drives the build hours down is volume. We’re not going to get back to the point where we were in the 1970s with thousands of airframes. Realistically, for the M20, it will plateau probably under a hundred. But that’s still a good number,” Bowen said.

For metal construction, Mooney has also invested in new chemical treatment processes for annealing and treating its many drop-hammered aluminum parts, replacing an environmentally toxic system in place for years. These processes are automated and more efficient than what they replace. Both the tracking system and other improvements will apply to legacy and new production. These investments might not be justifiable for just restarted legacy manufacturing, but Mooney is looking over the horizon.

“This is the pillar that we’re building into Mooney. This is what will grow it into multiple aircraft in international markets,” Bowen says.