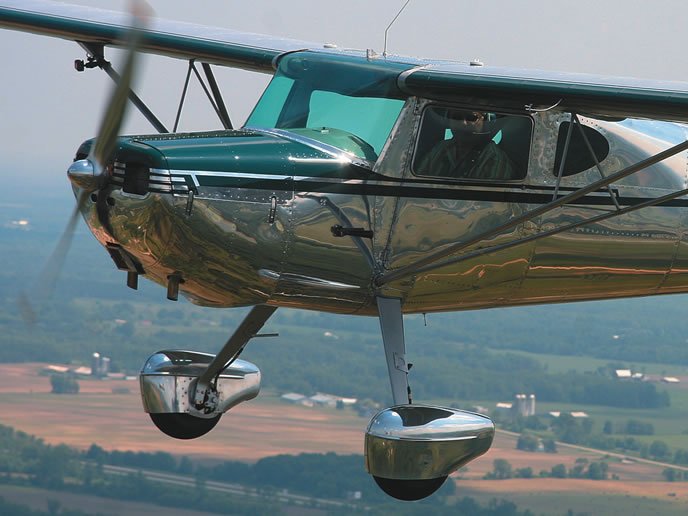 You’ve been thinking about getting a tailwheel checkout and endorsement and, to be truly honest with yourself, about buying a tailwheel airplane. You can’t help it, the advertisements with the tailwheel airplane sitting on some lovely backcountry airstrip have gotten to you—or you want to switch over to a legacy light sport bird. Plus, you’re a little tired of hearing “real pilots fly tailwheels” when you don’t—yet.

What’s involved in getting a tailwheel checkout? What kind of airplane is best for the checkout? How much time does it take? Can it count as a flight review? What about if I buy a tailwheel airplane but got checked out in something else—do I have to go through it again? Can I get insurance?

We’ll look at those questions, and more. For now, the short answers are that tailwheel flying is a heck of a lot of fun; figure on 10 hours for a checkout and endorsement; it can be turned into a flight review; you should get a thorough checkout in whatever type of tailwheel machine you buy—more so than nosewheel airplanes, they have personalities, quirks and hidden vices—and unless you buy something truly exotic, you can probably get insurance coverage.

Going in, recognize that if you fly a tailwheel airplane you are effectively going to triple the risk that you’re going to have a landing accident. Each month as part of the Used Aircraft Guide in this magazine, we go through the 100 most recent accidents for the type of airplane reviewed. For nosewheel airplanes, runway loss of control (RLOC) accidents usually make up just under 20 percent of the total accidents. For tailwheel airplanes it’s almost always above 50 percent. While real pilots may fly tailwheel airplanes, they sure tear up a lot of them.

It’s a hard fact of aeronautical life—tailwheel airplanes, by design, are directionally unstable on the ground. That means that if one starts to turn or swerve, it will continue to do so, at an increasing rate, until the pilot takes action to stop the turn. The available controls and brakes may not have enough authority to stop the turn if it has progressed beyond a certain point. To add to the challenge, many tailwheel airplanes have poor visibility forward so the cues available to the pilot that a turn has started may be subtle and not recognized until too late to stop it. If the turn cannot be controlled, it becomes a groundloop.

At best, a groundloop is merely embarrassing. The airplane comes to a stop pointed in an unintended direction, prop swishing around quietly as your adrenaline sprays out of your ears. Things can get much worse: Side loads on the landing gear may tear it off, the prop may get pretzeled and wing(s) torn up. The airplane may flip over with varying degrees of violence. If there is not sufficient open space, the airplane hits something, causing extensive damage and increasing the risk that someone gets hurt. A lot of the old tailwheel airplanes have crummy restraint systems—usually just a seatbelt—and they have hard, sharp things for one’s head to hit in the cabin during even a slow-speed stop.

With the risks clearly understood, it’s obvious that a comprehensive checkout is in order. Part of that checkout will involve recalibrating the pilot with regard to what is acceptable in terms of heading control when the airplane is on the ground. The pilot must establish a visceral understanding that, unlike nosewheel airplanes, a tailwheel airplane requires constant attention to detail when it is on the ground. If the nose wanders even a degree to the left or right of the desired direction, the pilot must make a correction immediately. Sashaying 10 degrees left and right down a taxiway as is common in a nosewheel airplane can and will lead to loss of control in a tailwheel airplane.

Our survey of the market uncovered a pleasantly large number of flight schools and clubs that give tailwheel training and checkouts. The airplanes used varied. Almost all required a 10-hour checkout to be approved to rent and fly the airplane solo. Sadly, we saw some stupid advertising. One outfit said tailwheels “separate the men from the boys”—they must not want women flying their airplanes. We can’t help but wonder if that kind of macho mindset isn’t one of the reasons for the high landing accident rate in tailwheel airplanes. In contrast, we also saw some websites with good, detailed information on what a pilot should expect on a checkout along with the school’s training syllabus.

We found schools that offered training in Champs, Taylorcraft, Pitts Specials (figure on well over 10 hours to check out), Citabrias, Cubs, Super Cubs, Huskies, Boeing Stearmans, Decathlons and Maules. The Citabria series appeared to be the most common trainer among the schools we surveyed. That’s to be expected, they set the standard for good-handling tailwheel airplanes.

We noted that a number of schools offer aerobatic instruction in conjunction with tailwheel training—something that we’ve observed as a successful combination for pilots. We just note that the landing and takeoff practice should be held before the aerobatic portion of each lesson as incipient airsickness does not improve a pilot’s performance on landing.

For the initial checkout we like the Cub, Champ, Citabria, Decathlon, Scout, Husky, Cessna 120/140 and Taylorcraft. All are user-friendly enough that pilots have to work hard but won’t go crazy in the process of achieving initial proficiency.

After examining numerous syllabi for tailwheel training, we liked almost everything about the ones we saw other than one that said wheel landings are always used in crosswinds—that’s not true and can be dangerous in some airplanes.

An example of what we felt to be a good checkout procedure was provided to us by Derek DeRuiter, owner of Northwoods Aviation in Cadillac, Michigan. His company has checked out hundreds of pilots in the Piper J-3 Cub and Super Cub. His company, and many others, are set up to accommodate the pilot who has to travel to the site and stay for a few days for intensive training. Following discussion of tailwheel ops, the pilot is introduced to hand propping (if in the Cub), then taxiing and the challenge of heel brakes and the concept of limited forward visibility. That’s followed by a standard takeoff and flight to explore the fact that the handling of a Cub or Super Cub is more challenging than most modern airplanes. There is substantial adverse aileron yaw and the need to assertively use the rudder to keep the ball centered.

Next comes learning the flare and three-point landings. [Three-point/full stall/tailwheel-first landings are considered together in this article—all are minimum energy touchdowns with the airplane at or near stall speed.] Initially, all operations are on grass runways as the airplane is easier to control, partially because of the extra drag on the tailwheel in grass.

Once three-point landings are becoming comfortable, wheel landings are introduced. [A wheel landing is any landing where the touchdown is on the mains only—even if the tail is only an inch above the runway—and the first part of the rollout is on the mains. The airplane does not necessarily touch down in a level attitude.] Crosswinds are introduced for both three-point and wheel landings and then the process is repeated on a paved runway, which DeRuiter told us “can be a whole different animal.”

DeRuiter, as did other instructors, told us that he trains to proficiency, and his company requires 10 hours of dual and renters insurance for a pilot to rent the airplanes after checkout. He also insists that the new tailwheel pilot make all landing for the next few hours on grass runways. Instructors told us that some pilots take more than 20 hours to proficiency. Those tend to be homebuilders who have not been flying while building their airplane or nosewheel pilots who are in the habit of letting the airplane go where it wants.

We are not going to get into the bar fight regarding the value of wheel versus three-point landings other than to note that there are strong opinions on each side of the issue. We recommend, in the strongest terms, that a pilot learn to do each type and understand the values and limitations of each in the particular airplane being flown. For example, the Aviat Husky POH calls for rolling the tailwheel first on all landings in crosswinds. By the same token, three-point landings are impossible in a Luscombe Sedan due to up elevator limits established during certification for stall/spin issues.

We also point out that wheel landings should be made with an approach speed the same as used for a three-point landing. Extra speed on approach in a tailwheel airplane is a recipe for loss of control on rollout. Tailwheel RLOC accidents do not occur because the pilot cannot hit the runway—they occur because the pilot cannot manage the airplane’s energy after touchdown. Touchdown should be as made as slowly as possible under the conditions. That minimizes the energy to be dissipated as the effectiveness of the flying controls diminishes and it’s necessary to rely on rolling control of a directionally unstable machine. Touching down at the speed of heat in a wheel landing means a long period of exposure to RLOC during deceleration.

If you are planning to purchase a tailwheel airplane and do not have experience in it, we recommend taking at some dual in the type, if possible, to see if you like it—you may find it’s not for you. We also recommend that a flight that includes some takeoffs and landings by a pilot experienced in the type be a part of the pre-buy examination to see if the landing gear is properly rigged. For example, the Cessna 195 has ground handling that is among the nicest of the tailwheel airplanes—if the landing gear is properly rigged. If not, it can be nearly uncontrollable.

We recommend that you take dual with an instructor experienced in the type of airplane you’ve purchased if you have not received a full tailwheel checkout in the type. That is especially true if you are buying one of the more exotic birds such as a North American T-6/SNJ or Beech 17 Staggerwing. In addition, plan on more than 10 hours of dual to get to the proficiency level required, not to mention obtaining insurance.

We are strong proponents of tailwheel airplanes—so long as a pilot recognizes the increase in risk of a landing accident and is willing to take the training necessary to fly them safely. A reputable school should be willing to train you to proficiency and not guarantee you a sign off in any specific number of hours.

It should provide you with a syllabus as well as reading and video materials prior to you beginning your training and rent the airplane to you once you have completed it. The training will keep you on the edge of your skill level and may frustrate you at times. That’s a good thing; the most rewarding things in aviation often require the most initial work. 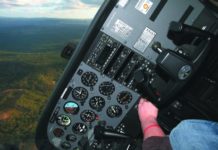 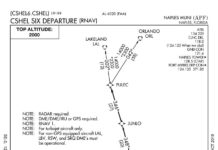 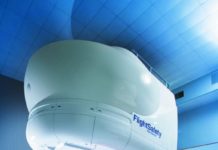