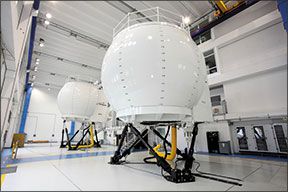 Despite an overall slow market, there is a steady growth in owner-flown turboprops and jets. TBM has no shortage of buyers for its hot new 900, Maibu owners are stepping up into JetProps and Meridians, Baron pilots are buying King Airs, Cirrus owners hold delivery slots for Vision SF50 jets, turboprop owners are looking at under $1 million price tags for nicely equipped Citation IIs and writing checks, and everyone seems to be salivating over Eclipses.

So, what’s involved in learning to fly an airplane with engines that go whoosh? How much training is needed and what does it cost?

To find out, we surveyed a spectrum of turbine training providers and an insurance broker—because insurance (see sidebar) effectively drives training requirements.

If you want to insure your new turbine bird, the short answer regarding training is: for a turboprop, figure on three to six days of school and cost of $3000 to $9000; for a jet, plan on seven to 14 days of training and a price tag from $13,000 to $25,000. That’s if you have at least a few hundred hours in a complex piston single (or twin, if you’re going into a multi-engine turboprop or jet)—it’ll cost you more if you have less experience.

Mentor
Your training costs won’t end when you finish class. Plan on being required by your insurer to fly with a mentor pilot for some period of time; 25-50 hours being the most common numbers. Additionally, if upgrading to a jet, FAR Part 61.64 places a mentor requirement on certain type ratings earned purely in a simulator.

What Do You Learn?
SimCom’s training center manager Tom Goonen, explained that many pilots transitioning from piston to turbine aircraft are not expecting the systems complexity. “They’ve got to learn to manage the electrical system and understand that they’ve gone from an engine where you risk hurting it in flight, not on start and shutdown to one where it’s hard to hurt it in flight but you can do great damage on start and shutdown. I’ve got broken pieces that I show my clients.”

A turbine upgrade syllabus is heavy on powerplant and systems management, including systems failure analysis. As would be expected, it also covers avionics, fuel management, loading, normal and emergency procedures, but also spends significant time on flight profiles—getting used to the idea that it’s necessary to go high to get range and endurance with a turbine engine—and the specialized hazards of high-altitude flight.

Turboprop Training
Turboprop training time varies slightly by provider—our survey found that programs ran four to six days, including class, pre-and post simulator/airplane briefings and time in a simulator and/or airplane. Each provider we spoke with told us that advertised times were minimum times—it was not uncommon for a new-to-turbines owner to buy additional simulator or airplane time.

The “big-box” training providers, FlightSafety, SimCom and CAE, do most of their training in Level C or D, full-motion simulators and have prices at the high end of the $3000 to $9000 turboprop training range.

Some, such as SimCom, also offer specialized introduction classes for those moving up to turbines—from one to as many as five days. Goonen told us that at SimCom, new turbine owners find spending two days and $1200 on a class on the operation of the type of turbine engine in their airplane makes the subsequent initial training class go much smoother.

There are a number of centers that specialize in specific types of turboprops. For example, Recurrent Training Center offers a King Air initial training course that lasts four days and costs $3200. Rocket Engineering, which hangs turboprop engines on Maibus, Bonanzas and Dukes offers initial training for $2900 plus fuel. Rocket’s Doug Smith told us that many of their owners get their recurrent training through the Malibu Mirage Owners and Pilots Association.

Jet training
For type rating training in a jet, the choices are a provider that is FAR Part 142 approved so that all of the training can take place in a Level C or D simulator, and usually means a minimum of 14 days, or a Part 61 school that put a pilot through a type rating in as little as five days for a lower cost. We do not have enough information to express an opinion on which is the better approach. We note that all of the providers we spoke with said that insurers had approved their programs.

At SimCom, adding a single pilot authorization on a Cessna 500-series type rating means another five days of training.

Noel Yantoas, CEO of Loft in Carlsbad, California, told us that his school provides Cessna 525 (CJ) training in a six-day course that includes 48 hours of ground school, 10 hours in a CJ1 simulator and a two-hour checkride. Cost is $11,550. Yantoas said that the majority of clients elect to purchase additional simulator time before taking the checkride, pushing the price up to about $13,000.

Loft also works with clients who wish to take the checkride, or at least the preflight inspection, takeoff, ILS approach, missed approach and landing in the airplane so as to avoid the Part 61.64 “SOE” or mentor limitation on the pilot’s type rating.

The SOE limitation requires that the pilot subsequently fly 25 hours as PIC under the direct observation of a type-rated pilot in the airplane. The limitation is then removed from the pilot’s certificate, but it requires a trip to the local FSDO to get it done.

Yantoas told us that most of his upgrade clients have insurance coverage that requires they get at least 50 hours of flight with a mentor anyway, so the SOE limitation is not a big deal. Nevertheless, many pilots upgrading don’t like to see the writing on their certificate, so they won’t do the entire checkride in the simulator.
There are also a number of specialized “in airplane” jet training companies that advertise five to seven days to a type rating. Josh Birmingham, owner of Premier Jet Training in Stuart, Florida, told us that five to seven days is the average time it takes for a pilot coming to them to complete the Cessna Citation type rating courses they offer.

Birmingham said that many of his clients who can afford to buy a jet can’t afford to take more than a week off to get trained in it. His company regularly provides mentor pilots for customers who need them for insurance.
Premier Jet Training’s program includes simulator time for procedures so the applicant is ready when he or she steps into the jet. Birmingham said that each customer signs a training contract—the type rating course is $12,995—so the customer knows what is expected going in. If more airplane time is needed to achieve proficiency, it is available at $2000 per hour plus $750 per day for the instructor.

Preparation
We were told by every provider that showing up prepared matters. That means absolutely current on instruments, having at least scanned the course materials and having put the rest of your life on hold. Your day is for class; your evening for intensive study. If the training is in Florida, by all means send the family to Disney, but don’t plan on going with them or even seeing them for more than a few minutes each day.

Cutting Corners
The training companies are used to a certain percentage of clients doing everything they can to cut corners on training—they’ve heard all the excuses. They’ll work with you as best they can, but they don’t dare cut you loose unless you actually take the training and demonstrate your proficiency.

In addition, all of the training organizations we spoke with told us that the aviation insurers have seen their course syllabi and are making the decision to insure a pilot based on the reasonable assumption that the new pilot has actually been taught in accordance with that course program.

Many years ago, a professional athlete upgraded from flying a King Air to a jet. The training provider agreed to amend its program to train the athlete on the road. That probably didn’t have anything to do with the subsequent crash, however, the training provider had to defend its non-standard training in the ensuing lawsuit. The insurance companies took notice—they want training by the published syllabus—so plan on focusing your life on completing the full training program when you go to turbine school.

Conclusion
Turbines are generally easier to fly than piston airplanes, however, the combination of more sophisticated systems to manage, higher speed and the realities of operating in the upper atmosphere bring about their own set of risks. Insurers recognized this long ago and now are in the driver’s seat when it comes to telling an owner what sort of training he or she is going to have to take. It’s also the main reason, in our opinion, that the accident rate for turbine aircraft is lower than for pistons.

That means the cost of admission to turbine operation will include the price and time of an initial and recurrent training program approved by your carrier. Reality, in our opinion, is that initial training in a turboprop is going to take five days, in a jet, seven to 14. Show up ready to fly and willing to completely dedicate yourself to the program.