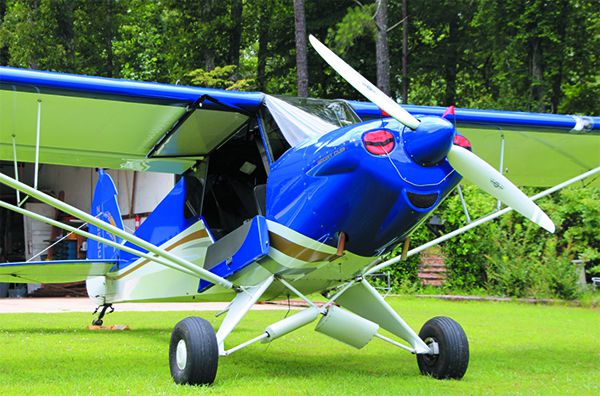 Ready to go shopping for a pre-owned taildragger? Our advice hasn’t changed. Before buying anything, have a real conversation with your insurance broker to identify potential deal breakers and what an insurer will demand for training. Think practically. Insurers tell us that complex, high-horsepower machines in the hands of newly endorsed pilots (older ones, too) are a higher risk.

“We see that pilots are having the same kinds of wrecks in taildraggers now as they historically have, and that’s by groundlooping them,” Marci  Veronie at Avemco told us. But even if you are a risk, you don’t have to bottom feed the market. There are plenty of choices of modern, good-performing used taildraggers, and most come at a price premium. We found some nice ones in the CubCrafters pre-owned inventory.

There was a 2006 Sport Cub, still a baby at 630 hours total on the airframe and on the 100-HP Continental O-200 engine with Sensenich ground-adjustable prop. Fuel capacity is 24 gallons, and you can plan on cruising at an honest 100 MPH, sipping 6 GPH. With a 1320-pound gross weight, you can fly it under light sport rules, strictly VFR. Avionics are bare bones, with round-gauge instruments (no attitude), a Garmin 496 portable GPS in a panel dock, comm and transponder.  It’s never been damaged, and the sharp paint scheme and utilitarian interior condition is listed as an 8/10, pretty much as you’d expect from a 600-hour, 16-year-old knock-around airplane. With an annual inspection coming due, it’s priced at $129,000.,500.

Shopping at American Legend Aircraft in Texas proved again that it’s a brisk-selling market. Nearly all of its used taildraggers were sold, including a tailwheel-converted (via STC) Cessna 150C that brought $39,500. The airframe had 4800 hours and the engine had just shy of 600 hours since a major overhaul. On a side note, we’ve been shopping the Cessna 150/152 market to build a small partnership and have learned that we’re a couple of years late and a lot of dollars short; these airplanes have tremendously increased in market value, just like the Skyhawk.

To show what even more money can buy, consider a 2019 Legend Cub that served in the company’s demo fleet—essentially just broken in. It had a Garmin G5 EFIS, float bracket kit, digital engine monitor, Acme G3 gear shock strut system and good LED lighting. Some lucky owner flew it home for $145,900.

Over at Aviat Aircraft, there was lots of already-sold pre-owned inventory of Huskys. Available was a 2016 Husky A-1C with 293 hours total time on the airframe and 180-HP Lycoming engine, decked out in an eye-catching anniversary edition red and white paint scheme and equipped with a Garmin portable GPS in a panel dock, an Electronics International big-screen digital engine display, an electronic attitude indicator and tundra tires. It’s listed at $284,900, nearly $50,000 higher than Aircraft Bluebook suggested average retail price as optioned. Bluebook shows that a typically equipped factory-new Husky has a $242,500 list price.

Want something with a bit more power and go-places utility? Try a Maule M7-235B. We found a 1995 model with a low 1423 hours on the airframe and 460 hours since its Lycoming O-540 had a major overhaul, and 12 hours since it had a major teardown and an overhauled MT prop installed. It’s an IFR machine with dual Garmin G5 flight instruments, a Garmin GTN 650 IFR GPS, a JPI engine monitor and a Garmin ADS-B weather and traffic transponder. This airplane is for sale generously equipped, with included Trick Air 3000 skis, extended heavy-duty landing gear, 31-inch Bush wheels (and Bush tailwheel), flip-out 125-MPH windows, overhauled floats, vortex generators, and quick release rear seat. Always hangared, and with a new skylight, new windshield, new flipper door latches and paint that’s represented as a 8+/10, its $195,000 asking price seems fair as equipped. Without all of those included accessories, Aircraft Bluebook suggests that a 1995 M7-235B has an average retail price of $76,000.

Last, if you’ve successfully worked your way through the ranks of taildragger piloting experience and have your eyes set on something that’s a classic, high-performance bird, look to the Cessna 190/195 market. Aircraft Bluebook says that a 1954 195B might retail for $60,000, but ones that are meticulously restored will likely sell for nearly twice that. Bring your A-game—the Model 195 is powered by a 300-HP Jacobs R-755-A2 radial engine. Yes, get an insurance quote first.