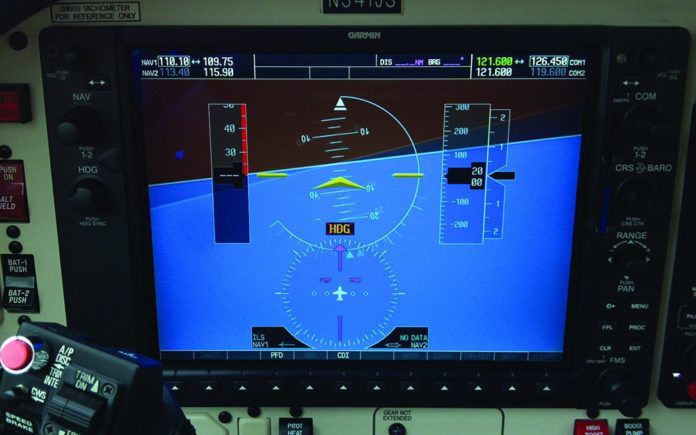 An alternative to paying the price premium for a certified factory pre-owned aircraft is paying for a fixed insurance premium for aftermarket warranty coverage. Dating back to the 1980s (originally offered at a used Piper dealership), AvGuard’s current AmTrust Financial Services-backed aftermarket extended warranty covers unscheduled maintenance for piston singles through mid-size jets and helicopters, based on a choice of 200, 500 or 750 annual flight hours. The program covers 447 makes/models manufactured between 1985 and 2015 and doesn’t require an inspection.

An AvGuard transferable policy, purchased annually, doesn’t cover scheduled maintenance and items like brakes, tires, paint, seats or interior accessories, to name a few. It does cover the engine, propeller, flight controls, electrical system, avionics and pressurization system, if equipped. Unlike a certified pre-owned warranty, repairs can be made at any shop certified shop.

If you operate your engine beyond TBO—and with proper inspection and maintenance we can’t think of many reasons why you shouldn’t—AvGuard’s policy is void. While TBO is based on an engine manufacturer’s recomendation on when to overhaul the engine, it is not required and engines can easily exceed that time.

Theoretically, say four out of the six cylinders on your engine (if under TBO) are toast. AvGuard says many owners will proceed with a full top-end overhaul and apply the payment the policy makes for the four cylinders to the cost of the overhaul. This might actually benefit AvGuard, since it reduces its liability for future repair claims. AvGuard keeps a file for each aircraft it insures, tracking maintenance, component warranty status and usage. Any modifications made to aircraft must be manufacturer or STC-approved.

Much like reporting an incident to an insurance company, the program requires the owner to report a mechanical failure via telephone or on its website to one of its claims adjusters, who according to AvGuard’s Les Brent, “can just about troubleshoot the problem over the phone with the pilot and will have a really good idea of what needs to be looked at.” When the aircraft gets to the shop, Brent described a process where AvGuard’s adjusters work directly with the shop on approving the repair—or not. That’s because if there isn’t a hard failure, AvGuard won’t cover it. Have a cylinder with declining compression? Just because failure is imminent doesn’t mean the policy will cover it. It has to fail. That’s not necessarily a deal-breaker, in our view. Owners defer discrepancies all the time, often through the advice of a shop.

But it also means that discrepancies found during an annual inspection have to be approved by an adjuster.If an owner (and a shop, for that matter) takes a proactive approach to maintenance, we think this wait-and-see policy can lead to conflict. In our experience, similar conflict can occur with managed maintenance programs. As one shop manager once pointed out, how can someone sitting behind a desk thousands of miles away know for sure that an item can be deferred to the next annual without it failing? But, for an owner with limited time or knowledge (and with a cooperative shop), we think managed maintenance programs can work. AvGuard’s warranty coverage is available for avionics—both retrofit and OEM glass suites. Brent told us it incorporates avionics manufacturer extended warranty policies (Garmin and Avidyne) into the coverage. We asked Avidyne—which requires buyers to sign an indemnity clause when signing up for its FlexCare extended warranty—if AvGuard is exempt from signing the clause and were told it doesn’t even sell warranty coverage to AvGuard. Neither does Garmin; it told us the FliteLevel warranty is only sold through its approved dealer network. Regardless of how AvGuard pays for an avionics repair claim, we can’t see buying one of its policies without avionics coverage given the flat-rate out-of-warranty costs of component swaps. These costs were one reason why AvGuard restructured its premiums. As a result, the cost of a yearly policy is eye-widening, as the pricing chart below proves. AvGuard’s premiums can further skyrocket based on aircraft age and complexity.

Shops we spoke with having experience with AvGuard policies on aircraft they wrench had positive things to say. For buyers skeptical about aftermarket warranties in the first place (buying any extended warranty is a dice-roll, in our view), we think AvGuard’s pricing will be a tough sell. AvGuard said it plans to offer tailored coverage to used aircraft dealers. Who knows, burying an AvGuard premium in the sell price might help sell more airplanes, as factory warranties do for pre-owned certified models.