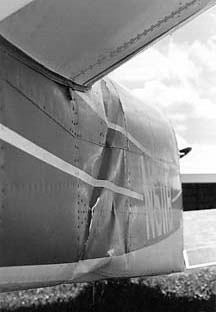 In our December report comparing Mooneys and Bonanzas, we noted that the NTSBs accident database revealed a startling number of tail flutter incidents in older V-tail Bonanzas.

We found at least 10 such incidents between early 1996 and 1998 and suspect there could be more since its quite likely that not all such incidents find their way into the NTSBs files. Worth noting is that although all of these incidents resulted in serious damage to the airplane, there were no injuries or hull losses. And none of these Bonanzas were built after 1953.

Nonetheless, we think these incidents are disturbing and are thus worth examining further. In our view, any buyer shopping for an early V-tail would be well advised to steer clear of these models unless hes willing to conduct a thorough pre-buy and is willing to maintain them to the recommended standard, especially the tail feathers. (The same can be said of any high performance aircraft but the blunt fact is, early V-tails need more TLC than other older models of similar performance, due to the tail issue.)

Old News
Tail problems with V-tails are nothing new and when most savvy owners in the GA industry talk about this issue, they tend to ask Didnt Beech fix that years ago? Yes and no. Structural problems in V-tails are divided into two distinct categories:

The well-known break-up problem which came to light in the early-1980s and the more subtle ruddervator flutter issues that seem to plague earlier models, including the recent spate of twisted tails.

The V-tail break-up problem came to a head in 1984 when critics of the design raised sufficient stink to drag the FAA and the Department of Transportation into the fray. The numbers were compelling: Between 1947 and 1984, there were 232 reported in-flight failures, which killed more than 500 people. The V-tail had a dramatically higher break-up rate than the straight-tail 33 models or the stretched 36 models.

Having seen the value of their airplanes erode, the American Bonanza Society petitioned the DOT to conduct a probe of the V-tails design strength. Beech then conducted a series of wind tunnel and flight tests which revealed that the tail did indeed fail to meet certification strength requirements in a tiny corner of the approved flight envelope.

The fix was initially an AD ordering pilots to slow down until Beech eventually developed a tail bracing kit consisting of an external cuff mounted on the leading edge of the stabilizers where they join the fuselage, along with skin doublers and other beef-ups on some models.

Ironically, to this day, some Bonanza diehards insist the V-tail got a bad rap and that its poor break-up record was due to pilot mishandling, not a flawed design. That may be somewhat true, but the record speaks for itself: The rate of structural break-ups in V-tail Bonanzas declined dramatically following the tail fixes, soon matching the safety record of the straight-tail 33s.

Not The Same
Ironically, the DOT probe and Beechs subsequent certification work revealed that early Bonanzas, the so-called straight 35s and A and B35s didnt require the cuff because the stabilizers had a shorter chord and less overhang forward of the stabilizer spar.

In effect, they were stronger in certain aspects than C through E-model 35s. (H35s forward have different tail structures yet and their improved strength was reflected in a lower incidence of break-up.)

Note, too, that Bonanza break-ups were typically caused by weather encounters in which the pilot got into an unusual attitude or spiral divergence and overstressed the tail during attempted recovery, causing it to fail in the aforementioned extreme corner of the flight envelope. Typically, these werent flutter events, which is what seems to be involved in the most recent incidents.

The DOT and subsequent investigators looked into flutter as a break-up factor, however, and concluded that the 35-series Bonanza showed no flutter tendency provided that the airplane is maintained within specifications. Thats an especially loaded phrase for operators of early V-tails and may be the root cause of the flutter incidents.

Why Now?
The rash of flutter incidents began in 1996 and caught the eye of the American Bonanza Society early last year. To date, we know of 10 incidents, one of which affected the same airplane twice. Turbulence may have been a factor in some of these incidents, perhaps exciting the vibration that ultimately led to the damage.

Typically, the pilot reported the onset on moderate vibration while in cruise or in cruise descent. Some of the pilots assumed this was due to engine vibration and reduced power and thus speed, taming the vibration almost immediately. All of the aircraft involved landed safely and the pilots noticed the damage right away or on the next pre-flight.

Not that its hard to miss. The stabilizers tend to be noticeably bent, with skin crinkling and tearing where they join the fuselage skins. Deeper investigation usually revealed cracking in the aft most fuselage bulkhead and the entire tail structure itself can be shaken as if only loosely attached to the aircraft.

Whether these incidents are true flutter is open to question but they have enough in common to suggest that somethings obviously wrong. But what is it? And why did these incidents crop up over a short period and then seem to decline?

One reason for the decline is that, as it did with the Bonanza break-ups 15 years ago, the FAA ordered a slow-down (AD 98-13-02) which requires fabricating a placard that restricts Vne to no more than 144 MPH or 125 knots. It also requires marking a red line on the airspeed indicator glass at the same value. The AD applies to the straight 35 and A35, B35 and 35R models.

It may be wishful thinking to assume that pilots observe such slow-down ADs when its quite obvious that some clearly dont observe another critical part of V-tail ownership: Proper maintenance for the all-important ruddervators.

Balance and Tension
After we reviewed the accident records, we contacted both Raytheon and the American Bonanza Society for responses. ABS has followed the flutter (or vibration, if you prefer) incidents closely and has reported its findings and recommendations in the associations newsletter.

ABS was in the process of preparing a videotape for owners in specific techniques for V-tail maintenance. However, that project has been put on hold because Raytheon is attempting to engineer its own fix-or at least some kind of recommendation for the flutter incidents. Raytheon had no comment when we asked about the status of this work but reportedly, it has submitted wind tunnel data and is close to a solution. That might include narrowing the allowable balance range for the ruddervators.

ABS technical guru Neil Pobanz, told us that he believes at least six of the 10 airplanes involved showed clear maintenance oversights related to the all-critical ruddervator balancing. (One of the airplanes involved was significantly out of annual and evidently poorly maintained.)

However, four of the 10 airplanes seemed to be well or at least adequately maintained, so theres no ready explanation for the flutter events. (ABS prefers to call them vibration.) Nor is ABS sure why these events suddenly came to light. Pobenz notes that they could have been occurring before but because of improved reporting, were only now learning about them. Most Bonanza owners know-or should know-that balancing the ruddervators, both in terms of total weight and position of the added weight-is critical and ignoring it can lead to serious consequences. Even touching up the paint can alter the balance significantly. Still, many current and new owners arent getting the message or are ignoring it. How else to explain owners flying with radically out-of-balance ruddervators at or above Vno?

Ruddervator cable tension is also considered critical, although the DOT study in 1984 discounted this as a flutter factor, unless the cables were disconnected entirely.

Pobenz told us ABS believe the way to address the problem is to provide owners and shops with more detailed instructors on ruddervator balancing, hence the proposed video.

A high performance airplane is not tolerant of shade tree mechanics. Im not saying Joe Blow out at some country airport cant maintain a Bonanza, but weve clearly got paint shops out there that dont know how to balance ruddervators, he says. A spring scale is not gonna do it, you need an accurate balance beam and you need to know how to use it.

No Bargains
Which leads us to the inevitable question: Are these 50-year-old airplanes worth owning? Or have they simply outlived their economic usefulness?

Early straight 35s are selling in the $30,000 range with As and Bs a bit more, in the mid 30s. Those sound like good deals but just because theyre cheap to buy, theyre not necessarily cheap to own or maintain. The ugly reality is that some owners paying only $30,000 for an airplane expect $200 annuals and this simply isnt realistic for a Bonanza. And if a poorly maintained model gets its tail twisted due to ruddervator imbalance, it might be uneconomic to repair.

Our advice is avoid these models unless you can find an obviously well-maintained example and youre willing to keep it that way. 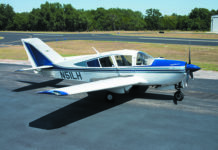 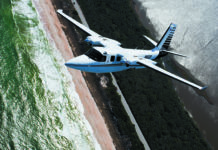 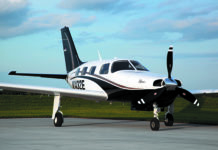 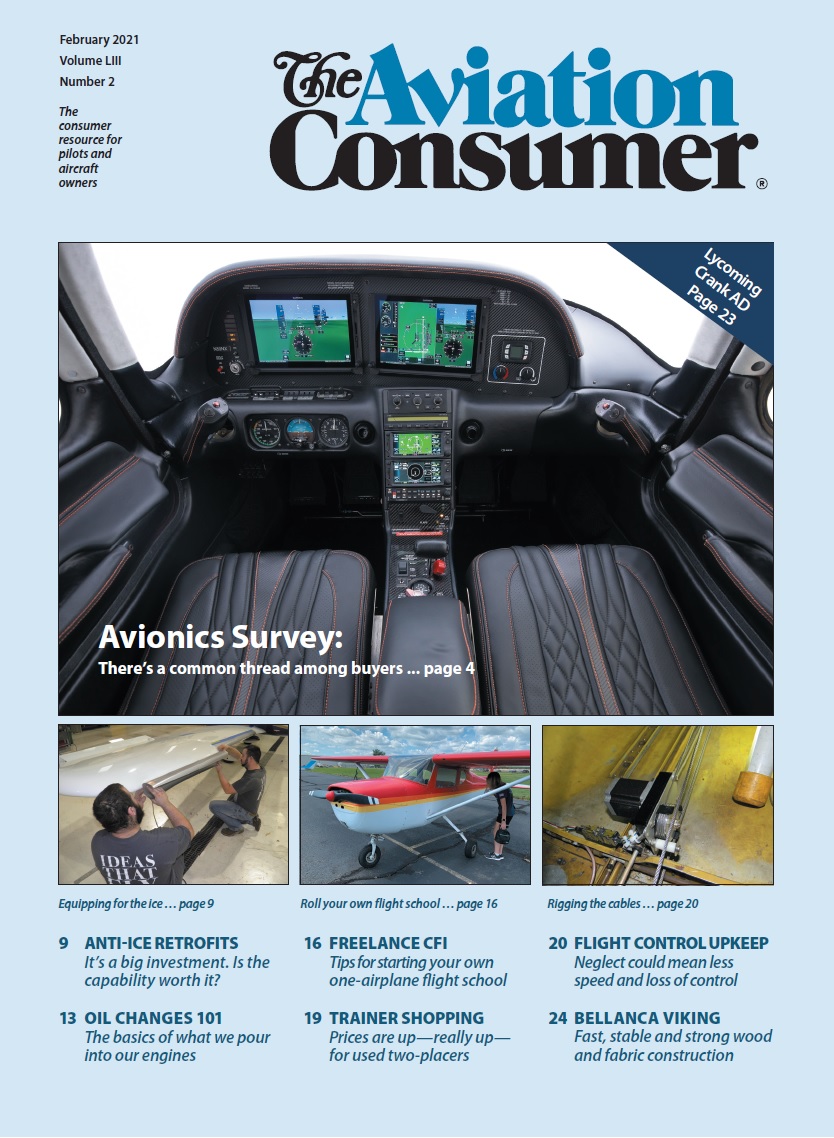