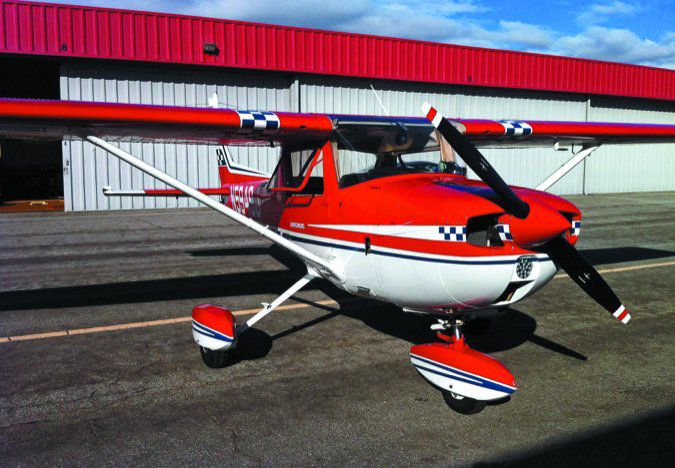 Showing my friend Cindy around the local airfield one cold winter evening reinforced the reasons for the tanking pilot population. For one thing, the sport can always use more local-level mentorship, which has to start with an enthusiastic, up-close-and-personal tour of the airport environment. I don’t do enough of this, so I seized the moment.

My friend (who has flight training on the bucket list) has lived within a few miles of the airfield for a lot of years, yet never made it onto the field to see just what this little-airplane flying thing is all about. I put on my ambassador’s hat and offered a tour, careful not to understate the risks, but saved the cost of aircraft ownership thing for later, which might have set her up for a big letdown. Still, there was no doubt in my mind this gal could be a good pilot and future aircraft owner.

To someone who’s truly interested (or even remotely intrigued), a first-time casual stroll down a flight line of airplanes with coffee in hand is a fascinating experience. Cindy was hooked. As a mentor, there were plenty of aviation tales and techy explanations for me to tell. A vintage V-tail Bonanza left in the tall weeds wasn’t flattering, but worth an unglossy explanation of how the model killed the Big Bopper, while also pointing out the tail-stiffening mod to keep it from killing doctors. I could see the intrigue and could also read the questions in my friend’s eyes. “How much does a vintage Bonanza cost” which got me thinking about the real cost of ownership. There were three convenient examples.

For the aspiring pilot who also loves collecting pieces of history, Aircraft Bluebook says a 1959 Beech Model 35 should retail for around $43,000, but significantly more if nicely restored, which many are. This one wasn’t. Still, ownership won’t be cheap. According to owner feedback we received when we last looked at the N-series Bonanza in our Used Aircraft Guide, routine costs for a relatively trouble-free airplane average between $16,000 and $20,000 per year. That includes insurance, fuel, routine maintenance, storage and supplies. If the engine tanks, I explained, a 250-HP Continental IO-470-C has an average overhaul cost around $30,000. I was asked to repeat that number.

For something perceivably more affordable, there was the little yellow J3 Cub a few spots over, and Cindy wanted to know why its landing gear is different than the Bonanza’s. After explaining that real pilots fly tailwheels-and why the best sometimes end up in the weeds on landing-I nearly closed the deal by explaining how you can fly the fabric Cub with the doors open. To own that kind of fun, a decent J-3 might sell for around $28,000, and considerably more for one that has been carefully restored. Cub owners report typical all-in yearly costs of around $7000, when nothing goes wrong. Remember that these aircraft must be hangared, so that’s included in that cost. A 65-HP Continental A-65-8 engine on a Cub has a typical overhaul cost of around $12,000. The one potential gotcha on a Cub is the fabric covering, which could ultimately cost as much as the airplane. For this reason, a Champ is worth considering, less some romance.

The last stop on the tour was perhaps the best option for entry-level flying-a venerable Cessna 150. A mid-1970s model A150 Aerobat like Brian Anderson’s airplane, shown in the main photo, might sell for around $25,000, according to Aircraft Bluebook. As Anderson reported, the 150 Aerobat makes for good, inexpensive upset training, plus it’s just plain fun to fly. Owners say typical annual inspections are around $2000, but can be as high as $5000 when stuff needs replacing. Insurance might run $800, and a 100-HP Continental O-200A is around $20,000, when its time has come, hopefully beyond the 1800-hour TBO.

If none of those options are affordable for a wanna-be airplane owner, the FBO’s manager told us there will be a Cessna 150 (with a new engine) available for rent, priced at $90 per hour. For an aspiring pilot on a budget, that’s not chump change, but it’s not a bad deal, either. Who knows what the right price for basic flying really is, if there is one. Heck, I remember asking this question 35 years ago when I forked over $35 per hour for a Cessna 150. –Larry Anglisano