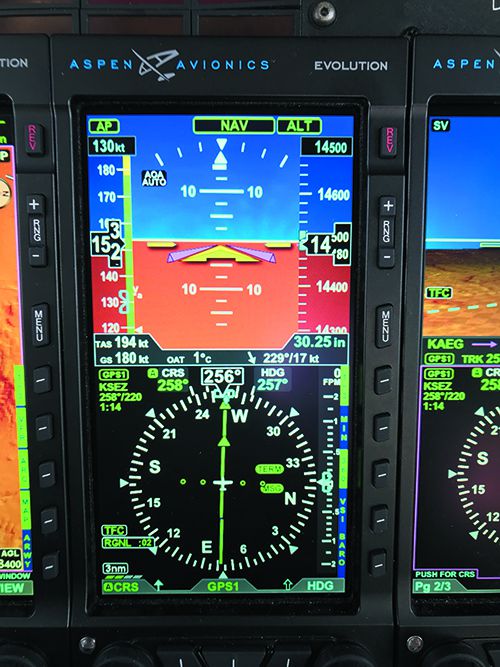 James Buck bought his G1 Cirrus SR 22 when he was living in the Midwest. In a fashion similar to that of numerous owners, he progressively upgraded the avionics and generally personalized the airplane until he had it equipped the way he wanted it.

Then he moved to New Mexico where his new home airport, Double Eagle II, has a field elevation of 5837 feet.

Buck told us that he was suddenly looking at a maximum of 24 inches of manifold pressure on takeoff and hot day performance was not impressive. In addition, he regularly needed to fly in to Durango, Colorado, which lives at 6689 feet.

Dealing with the altitude realities of the West, Buck said he considered selling his airplane and buying something turbocharged. He discarded that option because he doubted that he could find something equipped as he desired and didn’t want to face the cost of upgrades to another airplane. He then looked at aftermarket turbocharging but was put off by the price. 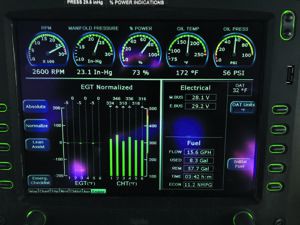 After doing some research, Buck decided to have the supercharger system developed by Forced Aeromotive installed. He said that he was lucky enough to get a used system, so he did not pay the new price. The airplane was down for less than two weeks for the installation. It added 30 pounds to the empty weight but did not have a noticeable effect on balance.

Buck described operating his airplane with the supercharger to us as moving sea level up to 7000 feet. He gets a full 29.6 inches of manifold pressure on takeoff from Double Eagle II. No matter what the altitude, takeoff procedure involves simply going to full throttle—the supercharger system takes care of itself; it automatically limits manifold pressure to 29.6 inches. Once the airplane reaches critical altitude—7000 feet—in climb, the manifold pressure begins to decrease at one inch per thousand feet just as with a normally aspirated engine.

Initially, Buck said that the engine ran hotter than before the mod and CHTs were sometimes a problem. With the fuel injectors that were in the engine, it could not be run lean of peak. When he had the engine overhauled he had GAMIjectors installed and has been running the engine lean of peak. High CHTs are no longer a problem.

From a performance standpoint, Buck says that he sees takeoff manifold pressures 4 to 5 inches higher than before the mod at the airports where he normally flies. Fuel flow at cruise is 2 to 3 GPH higher than before simply because he can get more power at any given altitude. He told us that his cruise speeds are up by 20 knots at all altitudes, and he normally cruises above 10,000 feet. For example, he said that at 12,000 feet the airplane originally cruised at 160-165 knots TAS. Now he sees 180-185 knots TAS.

Since the system was installed, Buck told us that he has had a belt failure. He blamed himself for it because he did not buy a new belt when he installed a used system. He said that the failure was no big deal—the engine just became normally aspirated. He flew to his destination, landed and had the belt replaced. He now carries a spare.

According to Buck, maintenance is no big deal. There’s a 50-hour check of pulley torque and the supercharger oil is changed every 100 hours.