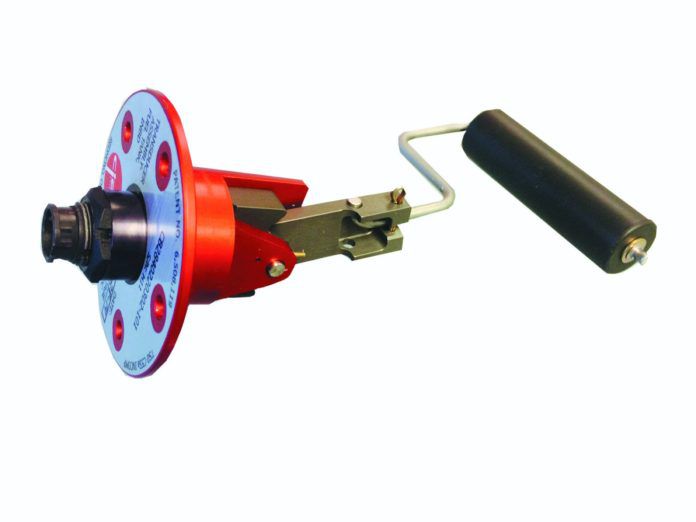 If you’re considering upgrading to an all-in-one engine display that also replaces the OEM fuel quantity gauges, there’s the potential for disappointment. Sure, a digital fuel indicator solves the nuisance sticky/bouncing needle that plagues older systems but it might not make the system any more accurate. That’s because the new display is only half the interface. The critical part of the system-the fuel quantity sensors-live deep in the fuel tank.

With engine display upgrades becoming more common than ever, we’re hearing plenty of stories from owners frustrated with their installers when the new system ends up being less accurate than expected. In our view, whether you’re investing in a fully integrated suite like a G3X Touch or SkyView HDX, or a standalone engine display to replace the OEM gauges, it pays to spend the time and money to repair or replace the fuel senders.

Here’s a primer, with also some guidance for upgrading even when a big-screen monitor isn’t your plan.

That’s what you’ll likely find when your aircraft is in for an engine display upgrade and your avionics shop suggests-as they should-to overhaul or repair the fuel quantity senders. Aside from having to drain the fuel tanks, this creates extra work for the installer because chances are they’ll have to send the sensors off for overhaul. We’ve found that for some shops, dealing with old OEM sensors is uncharted territory. The task has to begin with good documentation, and that includes having the aircraft maintenance manual.

At many shops there’s a tendency to keep the old senders in place and simply trying them when installing a new fuel quantity system. The trouble with that is the old fuel senders might not even allow the new instrument’s software to pass the calibration portion of the setup. And it’s a critical step in the installation.

Worth mentioning is that FAR 23.1337 partially says each fuel quantity indicator must be calibrated to read zero during level flight when the quantity of fuel remaining in the tank is equal to a type-specified unusable fuel supply. That could be a sizable amount. Unusable fuel isn’t the same as empty, but it might as well be.

Shops are faced with the challenge of working with a wide variety of fuel sensors given the wide variety of aircraft that come into the hangar. Most of the earlier legacy systems (a tank sensor hooked up to an electrical gauge) used variable resistance to produce a value of measurement, with components scattered about the airframe.

As one example, Cessna mounted the gauges in the wing roots of very early models, but eventually went to panel-mounted gauges generally built by Stewart-Warner and Rochester, with some AC Delco units thrown in the mix. These companies have long retired from supporting the systems. Luckily, there is still at least some support for ancient systems.

A typical instrument shop might take in senders and indicators, but many simply send them out for repair or exchange. Before you give the go-ahead to have the system removed from the aircraft (expect considerable disassembly and downtime), make sure your shop knows what it is dealing with. It’s possible that the sender or the gauge has once been replaced, which can lead to compatibility issued with replacement parts.

Should You Have Them Rebuilt?

It could be worth a try-and we say that with caution. These things live hard lives and even an overhaul might not yield the accuracy you’re looking for. As senders age, they accumulate dissimilar metal corrosion and rust due to condensation, wiper wear and residue buildup on the resistor. The wiper can also deteriorate.

Even experienced installers have jumped through hoops to have old senders rebuilt, only to find that they still didn’t perform all that great when mated with the latest digital display.

“When we were installing the integrated G3X Touch in our Grumman Tiger (the STC airplane) we sent the original fuel senders out for overhaul and ultimately replaced them with digital CIES senders, which easily outperformed the rebuilt ones,” said one Garmin engineer. But in some cases it’s worth a try with the right place.

One popular supplier, McFarlane Aviation (www.mcfarlaneaviation.com), has new PMA replacements for Stewart-Warner senders for under $400 list, modern transmitters with ceramic plates printed with resistive ink. These have been tested to millions of cycles with no failure of the printed-on resistor element or the wiper. The potentiometer is faced with conductive bars that when contacted by the wiper provide a resistance proportionate with the wiper location, the location of the wiper controlled by the fuel level and float. Unlike wire-wound designs, the ceramic design might last forever.

Air Parts of Lock Haven (www.airpartsoflockhaven.com) was established in 1987 and is perhaps the most popular for rebuilding senders. Its sender rebuild prices start at under $200, plus parts, which could make for a reasonable alternative to the shotgun approach. And if you aren’t installing a digital fuel display the company’s gauge overhaul service starts at around $150 and it can support all three of the legacy brands, including Stewart-Warner, Rochester and AC Delco.

We like that much of Lock Haven’s work involves exchanges simply to speed things along. After all, engine display projects take long enough. You and your shop don’t need more delays as you wait for a shop to rebuild the original senders. It’s well-staffed, with 12 technicians working on instruments each day. Turnaround is usually less than three weeks. It also has an extensive inventory of senders ready to ship because the company purchases as many cores as it can find.

Get with The Times

The technology trend over the last few years has been a switch to digital senders and there are plenty of benefits. They’re standard in a lot of OEM applications and the STC list for retrofit has exploded. Digital, magnetic senders like those made by OEM and aftermarket provider CIES Inc. (www.ciescorp.com) have digital signal outputs for fuel imbalance warnings, among other things. And even if a big-screen primary engine display with digital fuel quantity capability isn’t on your must-have list, fuel quantity indicators have gotten modern.

As we’ve covered in previous reports, the Aerospace Logic FL202 series instrument is a modern fuel quantity display that fits in a 2-inch instrument cutout and, aside from the senders, is a one-piece system. The device is STC-approved as a primary fuel quantity gauge, has a 65,535-color LCD display

and connects with the senders through a DB25 interface connector. The instrument is shown in the sidebar above (right photo).

But even when upgrading to a modern fuel quantity control head you’ll likely have to also replace the senders with something more modern.

Aerospace Logic’s STC requires the use of the CIES magnetoresistive digital fuel sensors. Magnetoresistive senders have more precision than old-school senders, plus they work well under extreme temperature fluctuations and are compatible with alternative fuels.

CIES makes bolt-in replacements for a variety of aircraft, including Cessna singles and twins-from the 150 to the 208 Caravan and a ton of models in between. There’s also compatibility with a variety of Piper and Beech models.

The CIES senders do require a power wire, but they can also support a variety of modern fuel displays. This includes the popular JP Instruments EDM900/930/960 displays, some Electronic International displays, the defunct Auricle engine monitor and the Aerospace Logic head, as mentioned.

Last, before committing to a primary engine display system (and integrated avionics system that has fuel quantity display) ask the installing shop if the quote includes replacing or at least overhauling the senders. Chances are it does not and in our estimation this can end up costing more downtime at the end of the job. The better approach is to deal with it while the aircraft is opened up.

Some buyers confuse a digital fuel totalizer with a digital fuel quantity system (no matter if the fuel quantity display is standalone or built into a big-screen engine monitor). They’re two different animals. The image at the top left is a JP Instruments FS-450 retrofit fuel computer, also known as a fuel totalizer. A misconception is that fuel totalizers measure fuel quantity. While that may ultimately be the end result and a good way to keep tabs on how much fuel is really remaining (you first have to enter the amount of fuel that is in the tanks), a fuel totalizer meters the amount of fuel that flows to the engine. Think in terms of fuel endurance (based on flow) rather than fuel quantity. Fuel metering is done with a fuel flow transducer installed in line and prior to the fuel distributor or carburetor. The fuel passes through a small axial turbine wheel and past an optical sensor located inside the transducer body, which spins faster at higher fuel flows and slower at lower ones. It converts the energy of the spinning turbine wheel to electronic signal pulses, which are passed along to a microprocessor and then displayed on a control head or on a GPS navigator (generally on a fuel endurance utility page).