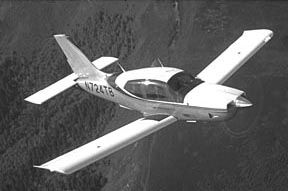 While its a given that owning a turbocharged airplane costs more-in purchase price, in fuel and in maintenance-just how many additional dollars are involved? And what do you get out of the deal? In other words, is the additional speed and capability worth the expenditure or are you better off with the equivalent normally aspirated model?

Price/value judgments are in the eye of the beholder. When airplane economics are applied to the buying decision, emotion often rules over logic. If you feel the need for speed and forays into the flight levels, maybe you dont care-or even want to know-how much it really costs. On the other hand, maybe youve avoided a turbocharged airplane because you think it costs too much.

Herewith then, is a detailed analysis and comparison of 16 aircraft, eight normally aspirated and eight near-equivalent turbocharged models. Weve examined purchase price, cruise speed and fuel flow, range and maintenance costs across some of the more popular models.

Bottom line up top: the purchase price premium averages less than 10 percent and the best case speed increases average about 7 percent, from a high of 18 percent to a low of 5 percent. Operating costs are higher and most of the additional money goes into overhaul costs related to the turbocharging system itself. These range from the modest-a mere 5 percent premium to overhaul the engine in a Cessna 182RG turbo-to a 40 percent price Delta to rebuild the Lycoming engine in a Socata TB21.

Good Deals
Although its generally assumed that turbocharged aircraft carry a price premium, the market doesnt seem to value them as much as it once did. From our price survey, it appears that the recent downturn in overall aircraft value has impacted turbocharged models harder than it has the normally aspirated equivalents. Thats another way of saying that if you want turbocharging, its a buyers market. We suspect that in the current poor economy, many aircraft owners are trying to cut their ownership costs to the bone and turbocharging may be viewed as more of a luxury than a necessity.

Among the 16 aircraft we examined, the average price premium for the turbocharged model is 7 percent, a modest number that we think is well within the dickering range in the current soft market. In other words, if youre willing to horse trade and jawbone, the turbo or non-turbo versions of the same airplane cost about the same.

In our estimation, the best deal available may be Cessnas 182 Turbo RG, for several reasons. For one, we found only a 2.5 percent price premium on the turbo model and at $119,000 for a 1980 model, we think this airplane represents a good value. Second, overhaul costs on both models are virtually the same and fuel consumption at 65 percent power is a reasonable 12 GPH. Last, the 182RG delivers respectable speed and carries plenty of fuel with decent payload left for passengers and baggage.

At the opposite end of the price/value spectrum is the Socata TB21, which, according to the Aircraft Bluebook Price Digest, carries a 12.5 percent price premium over its non-turbocharged variant, the TB20. Were not sure why this is so but we would guess it has to do with the relatively low population of TB21s, thus the data is based on few sales.

Speed: Not So Fast
One surprising finding of our cross-model comparison is how little additional speed turbocharging provides, given the expense and effort of slogging into the flight levels to go faster. We compared both models at two altitudes-low at between 5000 and 6000 feet and high altitude between 10,000 and 20,000 feet. For a normally aspirated aircraft such as the Piper Arrow or Mooney 201, the best speeds are usually in the 8000 to 10,000-foot range so thats what we considered high altitude for the non-turbo versions. We based our comparisons on 65 percent power, leaned to best power, according to the POH specifications.

The surprising winner for highest speed increase with turbocharging goes to the Piper Arrow. (No kidding.) At 65 percent and 8000 feet, the non-turbocharged Arrow chugs along at 138 knots or so on 10.4 GPH. Drag the turbo model into the high teens and it will do 160 knots on 12.7 GPH, for a speed increase of 22 knots. Not bad. Owners report cruise speeds in the mid-160s up to 170 knots at higher power settings in the low flight levels.

Another surprise: the least impressive speed difference is between the Mooney Ovation and Mooney TLS. Technically, these arent equivalent models but both share essentially the same airframe. At our best estimate of 65 percent power-the TLS manual doesnt offer percentages-the TLS will cruise at about 183 knots on about 16.6 GPH at 14,000 feet, which is the highest altitude that the Ovation can still maintain 65 percent power. At that altitude, the Ovation will run with the TLS-less a knot or two-on two gallons less fuel. At higher altitudes, the TLS comes on stronger but the speed difference at realistic altitudes is not as great as we imagined for the higher fuel flow.

As the fastest aircraft in this group of 16, the TLS enjoys one advantage: with its blistering speed, its almost always worth taking it high into a headwind rather than slogging along at low altitude to beat the gradient. In this regard, three of the models we looked at dont do well down low, suffering a low-altitude speed penalty due to cooling drag. The Mooney 231, Piper Turbo Saratoga and Socata TB21 do rather poorly at low altitude, either cruising with or a bit slower than their non-turbocharged cousins, sometimes while burning more fuel. The Turbo Arrow, Cessna 182RG and 210 and Beech A36TC dont seem to suffer much of a low-altitude speed penalty.

Range, Payload
Turbocharged airplanes are often touted as being able to leap an entire continent with a single fuel stop, leaving their non-turbocharged versions in the dust. Not really.

The great equalizer is winds aloft. When cruising downwind in a turbocharged airplane, potential range grows to impressive numbers; 1000 miles at a pop is childs play with a 50-knot tailwind. Turn the tables, however, and a moderately fast 170-knot true airspeed becomes a 120-knot crawl and youll ask yourself why youre at FL190 to fly so slowly.

The fairest comparison is in still-air range, in which case the turbocharged airplanes are rarely anything to rave about. The Turbo Arrow, for example, gives up 50 to 100 miles of range to the standard Arrow.

The Cessna T210 enjoys a slim range margin over the non-turbocharged model but not enough to make much difference on the average trip. The most impressive range difference we see in this group is between the Ovation and the TLS. Because the TLS is such a prodigious consumer of fuel, the Ovation enjoys more than 300 miles of range advantage at its best altitude. And that provides another important attribute: payload flexibility. The Ovation has a 100-pound or so payload advantage on the TLS and thanks to its miserly fuel use, it can tolerate down fueling another 100 pounds and it could still beat the TLS on some trips by dint of greater range.

In some ways, the TLS and Ovation are a turtle-and-hare case study in efficiency. The TLS goes like hell but costs a bundle to operate and is range limited.

The Ovation goes a tad slower but on less fuel and thus may win the race with optimized efficiency, not brute speed. And it does this without turbocharging.

The chart at the end of the story gives the specifics. Some turbocharged aircraft enjoy a payload advantage, notably the Cessna T210, which carries some 180 pounds more than the non-turbod 210. (Cessna 210 payload vary significantly by year, however.) The Cessna 182RG turbo and Mooney 231 also have a slight payload advantage over the normally aspirated models.Maintenance, Overhaul

Take a worst-case example for the Mooney TLS, which has a Lycoming TIO-540-AF1A costing, in round numbers, $30,000 to overhaul. It wouldnt be unusual to add another $10,000 to that for a mid-time top or cylinder replacement or a turbocharger overhaul.

On the other hand, the Lycoming O-540-L3CD5 used in the Cessna 182RG Turbo is, at $20,000, relatively cheap to overhaul and it has a 2000-hour TBO which it is quite likely to make if flown often and maintained well.

But its a proven article of faith that turbocharged engines are less likely to make TBO without mid-stream work, if they make TBO at all. Higher peak cylinder pressures and heat take a toll on engine longevity. And in many cases, the higher you fly, the hotter the engine runs.

With that in mind, we think the wise owner should approach the prospect of turbocharging with eyes-and wallet-propped wide open. If you budget for engine replacement on an hourly basis, increase the base figure by some reasonable value.

Ten percent probably wont be enough but 25 percent almost certainly will be. If you pay as you go, be prepared for a $10,000 annual if the turbocharger crumps just as the cylinders turn the corner and need work. It happens from time to time.

Conclusion: As for our Mooney 231, none of these turbocharged airplanes are life changers on speed alone. On a trip-to-trip, block-to-basis, they are generally faster than the version without a turbocharger, they burn a little more gas and cost between 10 and 20 percent more to operate and maintain. Sometimes a turbocharged airplane will make the same trip faster than a non-turbo version-occasionally a lot faster-sometimes it wont.

In the end, we agree with owners who say that the inarguable advantage of turbocharging is the flexibility to climb high when climbing high matters, either to pick up a rocking tailwind or to stay out of threatening weather. The same applies when operating at high density altitude airports. You cant beat turbocharging in those circumstances.

Regardless of their speed-or lack thereof-all of the airplanes in this group of eight turbocharged models can climb high and hop off high runways without breaking a sweat.