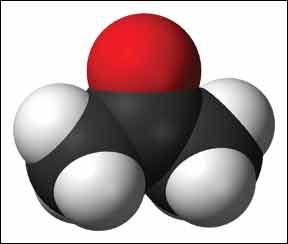 The two leading contenders to replace 100LL with an unleaded equivalent, Swift Enterprises Swift Fuel and General Aviation Modification Inc.s G100UL, both say their fuel will cost more than 100LL. But how much more? We took our own run at it based on what weve been able to glean about these fuels from patent filings and information from the two companies.

According to its patent filings and published FAA test data, Swift is a binary blend of mesitylene (also known as trimethylbenzene) and isopentane. Mesitylene is a bit of an exotic, used for specialized solvents and industrial processes. Its a terrific octane enhancer, but so rare in industy that no commodity prices are available. One supplier we contacted sells it for $53 a gallon, a price thats obviously unsustainable for fuel use.

Isopentane is a low boiling point hydrocarbon thats produced as a light fraction during initial refining. Some refiners break it down for other uses and its also a constituent in cosmetics. According to the FAAs report, Swift Fuel contains 85 percent mesitylene and 15 percent isopentane, although that ratio may vary.

GAMIs G100UL is more complex and variable, consisting of a high-grade aviation alkylate thats similar to the base of 100LL avgas before its dosed with lead and aromatics like tolulene. G100 has been blended in a number of variants, one of which includes mesitylene. More promising economically, however, are G100 blends that include various types of xenols, including para-, meta- or ortho-xylene. These materials are cheaper than mesitylene and traded on chemical commodity markets, thus theyre more widely available. Still, pinning down prices is slippery because like all commodities, these materials have dynamic price swings depending on demand for plastics, chemicals, paints and solvents, in which they are used.

Although G100UL lacks the motor octane of either Swift Fuel or typical FBO 100LL,

GAMI says it performs equivalently in full-scale engine tests and better than min-spec 100LL, which, according to ASTM D910, can be 99.5 octane. To provide a little margin, refiners typically deliver 101 to 103 octane. To beat the mesitylene price challenge, Swift proposes to make its own from acetone and the core of its research work is to refine that process and-the critical part-to find cheap acetone.

Our run at the math works out like this: The world market price for acetone is currently about 50 cents a pound or about $3.25 a gallon. A refinery source we checked with told us acetone will convert to mesitylene at a 1.6 ratio, meaning 1.6 gallons of acetone will be required to make a gallon of mesitylene for about $5.20, just in materials. This appears to be supported in Swifts patents.

Make room for the isopentane, which costs about $1 a gallon, variable with season, and our stab at the finished price at the refinery gate is about $4.40. But that number includes no capital costs, no transportation, no storage and no processing, which could bring it closer to $5 out the refinery gate. Adding up the the wholesale margin, transportation costs and FBO flowage, it totals just under $7 retail. It could be higher, however, if capital costs prove greater than estimated for a small volume. On the other hand, saleable co-products from the acetone conversion process may reduce that a little.

It also matters where the acetone comes from because whats good about acetone is also bad. It can be-and has been-a lot cheaper than 50 cents a pound. But its also recently sold for as much as 90 cents a pound, which would make for the $8 or $9 price you worry about. Swifts challenge is to find cheap, stable sources of acetone. Acetone prices are tied to propylene, a chemical intermediate thats a byproduct of refining. but also an acetone feedstock. In our estimation, in order to compete directly with 100LL, which exits the refinery for between $2 and $2.25, Swift will need 20- to 25-cent acetone. Conceptually, acetone can be produced through biomass sources, but Swift hasnt proven the economics nor taken the bio process end-to-end at large scales.

G100UL has its own challenges. Although its more closely related to traditional refining than is Swift fuel, refiners may balk at producing proprietary compositional blends for which theyd pay a royalty. Swifts binary blend also departs routine refining and would require dedicated or perhaps converted infrastructure, such as a modified ethanol plant.

Although the xylols are cheaper than mesitylene-like acetone, about 50 cents a pound, but sometimes less-they also dont provide the motor octane numbers. And like acetone, their prices flucuate even more than crude oil does because of volatile demand for plastics and other goods.

G100UL starts out with a higher quality alkylate than typically used for most avgas-95 or 96 octane. Estimating the price of the high-grade basestock is difficult, because like everything else, its subject to market conditions and commodity swings and its not a current product. A good guess is $3 to $3.50 If the G100 blend requires 40 percent high-quality gasoline and 40 percent xylols, the finished fuel comes out of the refinery for between $3 and $3.30, allowing for other blendstocks such as butane, which is added for vapor pressure control. Add in the markups and transporation and our best guess range is a retail price between $5.50 and $6.00 in the current market. But “current market” is a moving target.

Both fuels are in ongoing testing, Swift in an Embry-Riddle project beginning this summer and GAMI with its own flight tests. One concern with heavy aromatic content fuels is how they behave in cold starts, especially with carburetors.

The most immediate challenge ahead of both Swift and GAMI is that neither is ASTM approved. Until that happens, neither fuel will find its way to the FBO pump nozzle.