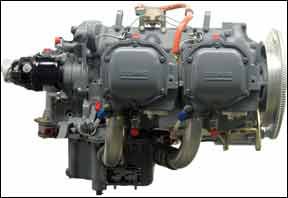 Next to $5 avgas, the cost of routine engine maintenance and overhauls takes the biggest bite out of the aircraft ownership budget. You can always choose not to paint your airplane or live with ratty seats, but if the engine tanks, you’ve got an 1800-pound radio stack you can’t even use because there’s no way to spin the alternator.

Our owner reports on various models consistently confirm what we’ve always known: Some owners spend a lot less on aircraft maintenance simply because they own airplanes equipped with engines we have often considered bulletproof.

This concept is, itself, a misnomer. Nothing in aviation is truly bulletproof, but it’s fair to say that some engines have a better service history than others and, conversely, some are simply money pits. That’s not to say they don’t perform, but it’ll cost you more and reliability will suffer.

Define Good
As owning an airplane becomes more of a burden,  buyers gravitate toward airplanes that cost less to maintain, even if it requires giving up performance and/or payload. Rather than give up owning an airplane entirely, some owners are stepping down into airplanes that can be maintained without worrying about a giant unexpected engine repair bill. That means picking an airplane with an engine that either Lycoming or Continental got right from the beginning or fixed as the model matured.

Conversely, if cheap and reliable is the primary requirement, some engines are best avoided. That includes almost anything turbocharged, for even if a turbo’d engine makes its numbers—and some do—it will still cost more to overhaul by dint of having the turbocharger.

We define “reliable,” as highly likely to make TBO without need for mid-stream maintenance such as cylinders and/or replacement magnetos or other appliances. Moreover, an affordable engine shouldn’t have some quirk that makes it expensive to overhaul, such as hard-to-find cylinders or, gasp, a gearbox.

We have our own ideas on what makes a so-called bulletproof engine and to test our theories, we called four of our favorite field overhaul shops to compare notes. The view from inside the engine shop is often quite different from owner (or our) perceptions because they see an unending torrent of broken  and corroded engines, many done in before their time. We asked these shops about their top picks for various categories of engines, from small output four-bangers to the gas-guzzling six-cylinder behemoths that pull a twin into the teens.

There have been some subtle changes in the market since we last did this survey 13 years ago. For one, some new sub-models of existing engines have appeared from both Lycoming and Continental. For another, Rotax has burst upon the scene to dominate the light sport market with its 912-series engines. And then there are the diesels, the Thielert Centurion, the SMA 305 and, lately, the Austro being used by Diamond in the DA42 twin.

The largest factor in engine wear, however, may be reduced flight hours. Because of fuel prices and other regulatory and economic factors, airplanes sit a lot more than they used to. It’s not uncommon to see airplanes in annual with fewer than 20 hours flown in the previous year. Depending on climate and owner care, this leads to what has become an epidemic in piston GA: engine corrosion, but especially pitting and spalling of cams and lifters.

And The Winner Is…
Against this backdrop of reduced flight hours and dwindling owner maintenance, can any one engine really rise above the rest as best of the best? Indeed it can and according to our shops, that engine is the Lycoming IO-360-L2A, the 180-HP parallel valve four-cylinder used in the restart Cessna 172s since 1997. The parallel-valve 360s have always been robust engines because they have strong cases and cylinders that aren’t expected to deliver high horsepower.

Although the basis of this engine has been around for years, it seems to have hit the sweet spot in the new 172s.

“It’s a 180-HP engine, it’s de-rated and I’ve had them come in here with 4000 hours on them,” says Dave Allen of Poplar Grove Airmotive, near Rockford, Illinois.

“American Flyers runs them for 4000 hours, they put cylinders on at 2000 and a fuel servo and run them another 2000 hours. I haven’t seen anything else do that,” he adds.

Frequent use explains part of this, since many 172s are used as flight trainers. Even some of the lesser favored Lycomings, the notorious O-320-H2AD used in the 1977 to 1980 Skyhawk, will hold up well if flown regularly, and Penn Yan Aero’s Bill Middlebrook told us there are still a lot of H2ADs out there.

However, unless you plan to fly an airplane equipped with one regularly—like a couple of times a week—we would avoid this engine.

Middlebrook’s top pick, by the way, is a similar Lycoming: the 180-HP O-360-A4M used in the Piper Archer. This is another parallel valve engine. “I compare it to a Chevy 350. It just runs. They’ve got a solid crankshaft so you don’t have any internal rust. Parallel-valve Lycoming cylinders last. It’s carbureted, it’s simple, it’s cheap,” says Middlebrook. Penn Yan likes the engine so much that it developed an STC to convert Skyhawks to the A4M, an upgrade called the Superhawk. Although sales of this mod have declined sharply, it’s an option for owners who want to rid themselves of an H2AD or who just want more power.

That brings us to another Skyhawk engine and another Lycoming: the O-320-E2D used in the 172 as far back as 1968. When we asked for his top pick, Zephyr Engines’ Charlie Melot didn’t hesitate to settle on the E2D, but he says he would expand that to include all of the parallel-valve Lycomings right up into the lower-horsepower 540 series.

“I’ve seen those things with 4000 hours on them. It’s amazing what you can do if you can overcome the yellow strip down your back that says ‘I’m not gonna fly this anymore,’” Melot told us. “For maintenance, there’s not much to do. Keep it in time, keep dirt out of it with a good air filter and change the filter and oil regularly. Nothing against the 200-HP 360, but I’d give the extra 100 hours to the 180-HP 360,” he adds.

Speaking of the 200-HP IO-360s—these are found in J-model Mooneys, post-1969 Arrows and the Cardinal RG—aren’t they just as good? Not quite. “Case cracking,” says Allen Weiss, of Certified Engines in Opa-Locka, Florida.

“There aren’t enough new ones coming out to improve the case pool,” he adds, explaining that what “good” cases are out there are often tired.

Weiss, by the way, isn’t quite as enthusiastic about the IO-360-L2A or the A4M as being truly bulletproof. He said “none of the above” when we asked for his number one top engine. Why? “Because in one out of every three engines we see coming through here, there’s tappet and cam spalling,” Weiss answered. We heard this from the other shops as well, but Weiss elevates it to the status of epidemic and bad enough to eliminate any engine from the status of foolproof. He agrees that the IO-360-L2A is the closest to the definition of most reliable.

There is one bright spot. Lycoming’s roller tappets—available on many Lycoming engines for new aircraft and for replacement engines in legacy airplanes—appear to be doing well. All of the shops we spoke to have overhauled these engines and report that they show no signs of cam wear that seems to tank flat-tappet engines. While that’s a good thing, it doesn’t necessarily save money at overhaul because although the cam might not be worn, the roller tappets (at $260 per) are required replacement items.

How About Continental?
None of the engine shops we spoke to elevated any Continental engines to the exalted status of the IO-360-L2A. But some come close, such as the venerable O-470 used in the Cessna 182.  “The 470? It’s upper middle, I’d say,” says Certified’s Allen Weiss. “I wouldn’t put it in the bulletproof category, though. The cases have been around for a long time. There’s lots of cracking and lots of old cylinders,” he adds. “If you put them side by side, the Lycoming is just a better value pound for pound.”

The same advice applies to the six-cylinder 360 series from Continental. These engines get the “just okay” grade from the shops, but aren’t exceptional. “Weak cylinders,” says Charlie Melot. The IO-550 seems to get better marks. It is, in our view, the smoothest running and most economical engine in GA, with the 520 series running a close second.

But smooth and bulletproof aren’t the same thing. Five years ago, we heard complaints in the dozens about Continental cylinders losing compression prematurely. “Now that Continental has put some choke back into the cylinders, that’s pretty much over,” says Melot at Zephyr. Nonetheless, neither he nor any of the other shops were willing to compare any Continental engine to the best Lycoming four-bangers, even the dowdy O-200, the engine that launched a thousand pilot careers.

Which to Avoid?
If we turn the question around and ask which engines are the opposite of bulletproof, the list is a little longer.

“Any geared Lycoming engine,” says Melot, explaining that because Lycoming no longer supports these engines, overhauling them is an expensive frustration that his shop won’t take on. The Lycoming O-320-H2AD is another one to avoid, unless you plan to fly it several times a week. So don’t buy a late 1970s Skyhawk; there are other choices. Similarly, some shops don’t like the Continental O-300 used in earlier Skyhawks, so check on overhaul options before buying one.

“Let’s see,” says Allen Weiss, “the IO-346 in a Musketeer, the GO-300 in the Cessna 175, the H2AD and GTSIO-520-C in the Cessna 411. We might still do them, but I have to be talked into it.” Some shops won’t do the E-series engines found in early Bonanzas, such as the E-225. But Dave Allen says Poplar Grove specializes in these engines, at a slight premium. Poplar Grove has some FAA and DER approvals to bring the engines back into new limits.

“But it’s a dying market. We used to do one almost every month, now I’m lucky if I do half of that,” says Allen.

Which leads us to conclude with the best advice we’ve heard in awhile, from Charlie Melot: “Don’t buy something that’s cheap with an engine outside the mainstream without talking to engine shop about overhaul options first.”