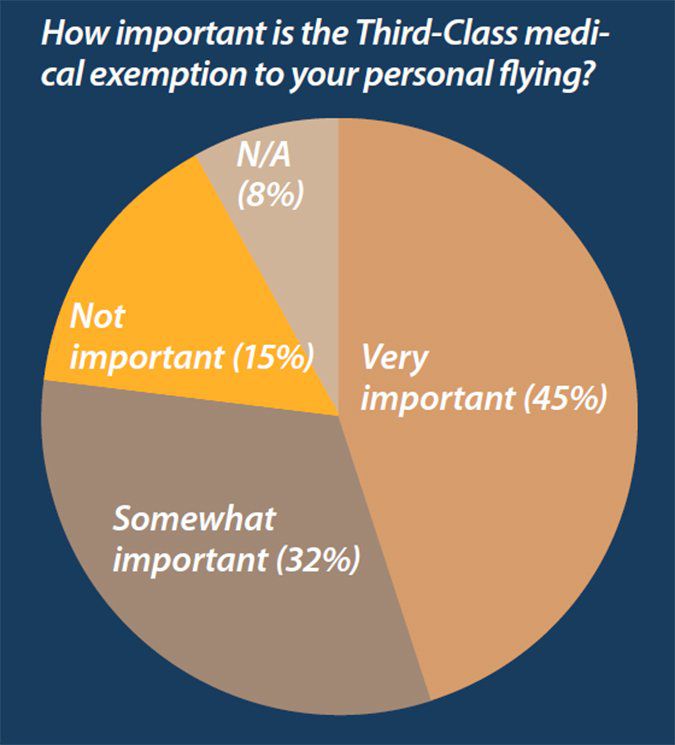 The FAA’s recently announced BasicMed rule drew cheers from owners and pilots, but there’s still confusion about what effect it will have on the industry and worry that non-AME doctors won’t sign off on the FAA’s new medical checklist.

At press time, the FAA had published a draft of the checklist in AC 68-1 and although BasicMed won’t be available until May 1, 2017, the AC serves as a template for pilots to convince non-AME docs to sign the approval. The full rundown on BasicMed can be found on the AOPAand FAA websites .

In a nutshell, any pilot who has held a valid medical of any kind after July 15, 2006, is eligible for BasicMed, which essentially replaces a Third-Class medical. Under BasicMed, a pilot can fly any aircraft up to 6000 pounds carrying not more than five passengers and operating VFR or IFR at under 18,000 feet. Aircraft operating speeds are limited to 250 knots.

BasicMed requires the pilot to undergo a physical by any state-licensed physician every 48 months. The doc can be an AME, but that’s not required. The physician must sign the aforementioned checklist affirming the pilot’s fitness to fly. In addition, the pilot must take an online medical education course and consent to allow access to the National Driver Register for drunk driving checks every 24 months. There is no denial involved in BasicMed. If the doctor won’t sign the checklist, this isn’t reported to the FAA and the pilot can shop doctors until he finds one who will sign.

Current holders of special-issuance medicals will be eligible for BasicMed, However, the legislation that enabled it lists three conditions—mental, cardiac or neurological—that will require a special-issuance medical before the pilot can use BasicMed. It’s unclear how this will be handled for pilots who already have specials listing these conditions. Pilots who have specials for conditions not listed in the BasicMed rule should easily qualify. According to a survey conducted by our sister publication, AVWeb.com, pilots seem moderately confident they’ll be able to find a doctor to sign the checklist. But there’s worry that many doctors won’t participate because of liability concerns.

The responses were generally positive but lukewarm. Fifteen percent said it would be very effective, while 23 percent thought it wouldn’t do anything at all. More than half said it would help, but they weren’t expecting miracles. “Eliminating the Third Class pales in comparison to the cost of flying,” wrote one commenter.

For many years, we assumed that the elimination of the Third-Class requirement would kill the light sport industry, but boost the sales of certified aircraft and aviation activity in general. And if it wouldn’t stimulate sales, it would at least keep older pilots owning airplanes longer than they otherwise might have.

The survey didn’t suggest there’s a huge groundswell for this idea because not many pilots who responded to the survey have bailed out of certified airplanes and gotten into LSAs to stay in the game.

This squares with what light sport manufacturers have been telling us. Whatever bailouts there were petered out five years ago. Now, would-be LSA buyers are either stepping down from more capable airplanes even if they can maintain a Third Class or they’re just interested in LSAs for fun flying, irrespective of medical considerations. One manufacturer told us some LSA buyers simply don’t see the value of expensive, fuel-guzzling aircraft for recreational flying.

Many readers expressed disappointment that EAA and AOPA weren’t able to lobby effectively for a bill that would have hewed to the original idea of a driver’s license medical certification similar to the light sport requirement.

“The BasicMed is such a compromise, I do not think it will help me as much as it could have had AOPA and EAA done more to stay closer to the original plan. My doctor filling out a form is very governmental and unnecessary. I believe I will still mostly do what I have been doing under my AME-assisted special issuance…just will not have to send it in to the FAA,” wrote one reader.