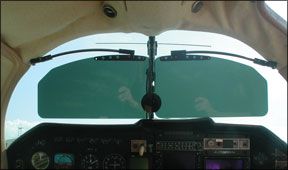 While I appreciate the favorable coverage our products received in the report in your March issue, Id like the opportunity to add some comments. The only “Thumbs Down” we got was, “The Reiff sump pad proved difficult to install, due to adhesive bonding problems.” The problems described were not the fault of the J-B Weld epoxy, but of improper curing. The article states, “After two hours, we turned on the element to accelerate the cure.” Our installation instructions indicate, “Do not plug in the heater to cure J-B Weld.” Excessive heat ruins the cure.

Also, J-B Weld does not “eat paint,” as the article indicates. The reason they want the paint removed from the sump is because a better bond is obtained on bare metal. That is true of any epoxy or silicone pad adhesive. Like others, we could simplify installation by dropping the paint removal step, but the price you pay for that shortcut is diminished bond strength. We prefer the job be done the right way, not the fastest way.

The article incorrectly states, “Reiff requires that a hole be drilled through the aft engine baffling with a grommet to get the plug back to the non-pressurized side of the baffling.” Its the customers decision where to mount the AC plug.

Frankly, we found the instructions for mounting the sump heater confusing. There is a warning not use JB Weld to cure the epoxy, but a few paragraphs later, the instructions advise to turn the heater on after two hours.

I would like to add several comments to your article on sun visors in the March issue. In most cases, the installation of both the Rosen and the UltraVisor is just a

simple bolt-on. However, both require approval under a Supplemental Type Certificate (STC). This requires the oversight and paperwork completion by an Authorized Inspector (IA) or Repair Station to make a legal installation. I have found countless such installations without the required legal paperwork. Additionally, many airframe manufacturers have chosen to place several of the required operating/certification placards on the OEM visors. On many of the aftermarket visor installations that I have seen, the installer hasnt provided for the re-installation of this critical, legally required information. Some provision must be made to reinstall it on the visor after installation.

One last caution: Our company has found a significant number of windshields and side windows that have scratches and nicks on the inside caused by these visors and/or their frames. The scratches seem to be more prevalent on the copilots side than the pilots, seemingly from the passengers unfamiliarity with how to adjust the visor. Scratches are unsightly nuisances in small aircraft, but when these scratches are on flight-critical pressurized aircraft windows, it can lead to very expensive repairs and/or the need for window replacement.

The unprotected lower corners and the edge of the frames should have some soft material protection added to prevent scratching. In the interim, use caution when adjusting the visor to avoid window contact.

knob, which can fall off if loosened. But Rosens Byrne Elliott told us the red thumb nut is to adjust spring tensioning and that it should never be necessary to loosen it to the point that it vibrates and falls off. Further, he says, “Stowing the system forward against the windshield is not the proper stow position. There are two reasons for this: The first is to prevent unintended and unnoticed contact with the windshield. The second is that the lens will absorb radiant energy heat when exposed to direct sunlight.

“This is not an issue in an operating aircraft because the heat is dissipated by circulation of air in the cockpit. However, in a parked aircraft, the heat absorption will elevate the temperature of the lens substantially above that of the aircraft interior to the point that the lens can distort. Properly stowed against the headliner and out of direct sunlight, the lens will withstand the temperatures reached in parked aircraft.”

A suction-mounted shade like the one pictured in the review caused a permanent crazing of my Bonanzas passenger window.

It was left up on a hot day in direct sunlight. I tried all the usual methods to remove the mark without benefit.