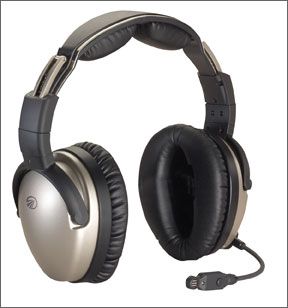 I found your article on affordable panel upgrades a realistic and refreshing alternative to the “We Fly The Latest Glass!” articles appearing monthly in the aviation glossies. For unfortunate souls whose budget for goodies has been depleted by the price of avgas, your functional and affordable GPS options for IFR operations make a lot of sense.

I fly a light twin with a variant on your Option 1: a panel mount IFR-certified GPS (Apollo GX 50) complemented by a panel-mounted Flight Cheetah 210-a bigger screen cousin of the Garmin 496. With this arrangement, I handle frequent hard IFR with confidence, weather smarts and situational awareness that I couldnt even imagine while earning my instrument rating an avionics generation ago in an aircraft with nothing more than two VORs and an ADF.

My only comment concerns your cost comparisons for IFR-certified GPS options, which assume that the aircraft owner is starting from scratch. I suspect a common situation involves the aircraft owner or prospective purchaser of an aircraft that already has a first or second generation IFR-certified GPS installed. The question is, do I add a Garmin 496 or equivalent and/or upgrade to a 430W/530W unit? In this case, the cost numbers diverge considerably, favoring the portable GPS addition.

So what do I give up not having a Garmin 430W in my aircraft? As best I can tell, three things that collectively didnt add up to the $10,000 step-up premium over my Option 1 alternative:

WAAS approach capability, the procedures button and the convenience of roll steering, vertical guidance and single-route entry. Like most things in life, convenience comes at a price and for me, the price of a new 430W can buy a lot of avgas, even at todays prices.

Your article on affordable panel upgrades said the KLN 90 or 94 cant talk to the Garmin 396 or 496 handhelds. After some lengthy internet searching, reading forums and blogs, there might be a way to have the Garmin handhelds display routes from the KLN 90/94. Not being an avionics expert, it was hard for me to decipher the data. Are you absolutely sure the Garmin and KLNs cant talk to each other?

Garmins aviation units output via RS232 with a label specific to the software in their portables. Were told that while you might get some action out of Garmin portables using Bendix/Kings RS232, youll also likely get a hiccup and flightplan data that lags or freezes, given the mismatch in serial addressing. If you want to risk the cost and effort of accessing and modifying it, it might work. Let us know if it does.

Thank you for an excellent review of our Zulu headset product in your April magazine. The focus group tests plus your own analysis show us performing at or better than Brand “X” in most every area…a lofty but honest result that thousands have affirmed in the first six months of availability.

With all your excellent coverage, there was one mistake that Id like to point out. The Zulu product warranty is five years, not one. You have, over the years, highlighted our exceptional service and no-cost repair policy that extends well past any stated warranty so maybe the actual length is not significant.

Id also like to add that several of the little issues you pointed out in your review are already improved in our production models. Nearly 2000 units past the model you tested, we have adjusted the threshold levels of both the noise gating and music muting to make operations more seamless with all audio systems.

We improved the comm quality (and volume levels) in passive mode. New Zulus are

shipping with an aux cable for full compatibility with iPhones with an inline switch to toggle phone and music functionality.

With all those changes, weve checked off nearly every item on your final wish-list for LightSPEED toward officially declaring a new champ. Our work in refining Zulus performance is relentless, so Ill look forward to your future comparative reviews.

Thanks for the very thorough tire evaluation. You didnt give a clue, other than reference to trailer weight, as to how the tire/pavement contact pressure was maintained and at what level. Can you equate it to an approximate aircraft weight or do you consider it a minor factor compared to forward speed?

Tire pressures relate less to the tire itself than the weight of the aircraft. Heavier airplanes use higher pressures, generally. At the trailer weight we used, the loading approximated a light trainer such as a Cessna 150 or a Diamond DA20. These aircraft call for tire pressures in the 24 to 33 PSI range, for six-ply tires, so we split the difference at 30 PSI.

Yes, higher or lower pressures might make a difference, but as long as the pressures were consistent, we think the testing is valid. And by the way, a couple of readers questioned our conclusions and argued that the Condor should have been at the top. Well review our data and publish a follow- up in the June issue.

I read your April 2008 article comparing diesel efficiency to avgas engines “Flight Fuel Efficiency: Is Diesel Really Better?” with great interest. You correctly pointed out that lean-of-peak ops with regard to gasoline engines results in lower BSFC. But why not draw comparisons between the Twin Star and something more appropriate than a Cirrus with a large-displacement six? I think the early Mooney M20J or M20F models with a Lycoming four would have been a more appropriate comparison considering that most of the small Lycs do quite well LOP even in stock form.

Actually, we did provide this comparison in the article. The single-engine DA40 Star has a Lycoming IO-360. But its fuel specifics arent as favorable as are the large displacement Continentals. We havent seen Lycomings run smoothly at BSFCs less than about .41.

Although I fundamentally agree with letter writer Zivanichs market sense (see Letters, April 2008), I thought his “keep your socialistic ideas out of their [Cessnas] boardroom” was mistaken, not to mention ungentlemanly.

Although I did not reread your original article, my recollection is that you found it sad/unfortunate/regrettable that Cessna found it necessary for business reasons to build the Skycatcher in China. I agree with that. I suspect so does Zivanich.

You didnt call for U.S. government action to prevent Cessna from making such a decision, the idea of which I believe is what Zivanich really was getting lathered over.

Then again, if China was using tariffs to make it impossible for Cessna to sell a Skyhawk that costs as much as a Ferrari in China, then U.S. government action would be appropriate.

I would also like to compliment you for your diesel economy article in the same issue. I thought it very like that cable news channel, you know, the one whose motto is “we report, you decide.” I was quite surprised to learn how relatively efficient the big Continentals were and why the comparison with automobile efficiency was apples and oranges.