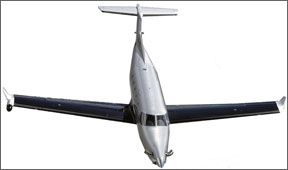 Im a little late responding to the top 10 safety investments article (see July 2007 Aviation Consumer), but I was surprised at the omission of autopilots. How many of all the judgment-type accidents might have been avoided if pilot workload were reduced by an autopilot to let the pilot actually check the weather, be less fatigued, understand the maps or maintain flight in IMC?

The most important criteria-which is impossible to determine-is how many accidents have been avoided because of a safety investment. I think autopilots would rank very high on that list, even though the Nall Report will never cite “failure to have or use autopilot” as the cause of an accident.

I love my GPSmap 396 XM weatherlink, but its the autopilot that allows me to divert attention from flying long enough to get through the menus and interpret what is happening. If I decide to divert, its easy to press “direct to” the new airport and then start scrounging around for altitudes, frequencies, runway charts and so on.

Just today at the end of a three-hour flight, I changed my approach to my home airport at the last minute because I had the time to check current winds aloft and

see that the gentle ATIS winds were eclipsed by the 35-knot winds coming over the mountains next to my intended approach. I avoided some nasty turbulence near the ground because the autopilot gave me the time to check the winds.

Have you considered writing an article about the serious threat of misfueling a diesel-powered aircraft with avgas or vice versa? There have been several incidents I have heard of and more seem to be coming as more of these aircraft are introduced.

Weve examined this issue carefully and youre right, the risk is real. Weve heard only anecdotally about actual incidents; others have been of the he-said-she-said variety. As for an article, we know pilots who fly these airplanes are cognizant of the risk; its the fuelers who need training. Unfortunately, they arent readers of Aviation Consumer. Worth noting is that for its new diesel Skyhawk, Cessna has designed a fuel fill port that wont allow the insertion of an avgas nozzle.

In your Oshkosh reporting last summer, you described the new Powerplant Developments diesel prototype. You refer to their comments of resurrecting the two-cycle diesel design pioneered by Junkers. It seems to be a interesting effort, but the complexity of the design, with two crankshafts turning a single output shaft may prove less efficient than expected.

Your summary did not mention progress about another diesel entry from Deltahawk. It seems that they are approximately a year-and-a-half into their process with the FAA toward certification of their 180-HP diesel. While it does not fit into the the LSA category, the potential of a 180-HP U.S.-built certified direct drive diesel engine should be monitored. Is there any likelihood of an update, or is the trigger going to be certification?

We agree that a U.S.-built diesel would be refreshing and weve been following Deltahawk for years. When its closer to certification, well take a closer look.

In his article about LSA aircraft insurance in the November 2007 issue, Jon Doolittle confirms that there is still a great deal of misunderstanding of the LSA rules by those in the insurance industry.

I just read your article on the Pilatus PC-12 and noticed some errors. In the section about our facility here in Denver, you reported that its a service center for the hemisphere. Actually, the Denver facility does not directly support PC-12s; it supports a network of factory authorized service centers and satellite service centers in the western hemisphere with parts and technical support. We have more than 40 service facilities worldwide.

A clarification on the door mechanism: Its hinged to open hydraulically and close via an electric motor, and can also be operated manually. It doesnt open electrically. Last, the current price is $3.5 million.