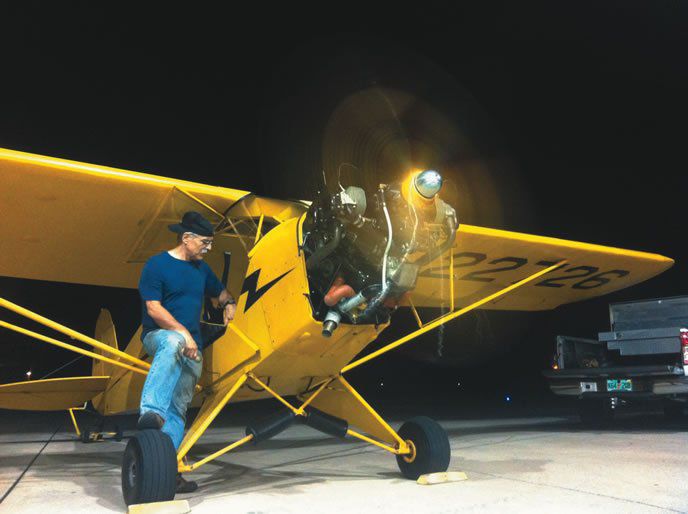 I read Stephen Phoenix’s letter in the April 2015 issue of Aviation Consumer, where he effectively states that the Piper J-3 Cub’s fuel tank location is not an issue, and that your article is irresponsible because you said it is unsafe. His assertion is wholly unfounded.

I was flying my fully restored and meticulously maintained 1937 J-3 Cub at Danbury Airport in Connecticut. While departing a short runway, the engine sputtered. I started a right turn to a long runway and as the nose lowered, the engine sprang back to life. Wishing not to make a forced landing, I made the mistake of turning back to the original heading. The engine quit. Facing a forest and a swamp, I committed the forbidden sin and did a 180-degree turn.

The airport is surrounded by hills, so there was no visible horizon and the airplane had no pitch instruments. The Cub stalled, spun, impacted the ground and burned.

I was pulled from the wreckage and 30 percent of my body had full thickness burns. I was given a 50 percent chance of survival, but after three months in the hospital and four months in rehab, here I am, 17 years later. I was saved by Dr. Roger Yurt at New York Presbyterian Hospital.

Had the fuel tank not been in front of me, I think it is likely that I would not have been burned. On a side note, I have over 7000 hours of multi-engine time, and I am rated in helicopters and the Citation 550, the L-39, Ford Trimotor and many others. I know how to fly, but mistakes happen.

The marginal cost of ADS-B compliance can be fairly reasonable. About two years ago, I upgraded my Garmin GNC250XL VFR GPScomm to a GNS430W for about $8500, plus installation. As an added benefit, it provides position information to an ACK 406 MHz ELT. A year later I replaced my elderly Narco transponder with a Trig TT31 1090ES unit for roughly $2600, plus installation. Interfaced with the GNS430W, it provides full ADS-B Out compliance.

A Samsung Android tablet is mounted on each yoke of my Cessna 185, each running Garmin Pilot software. Both tablets have Bluetooth connections that work with the GDL39-3D so that traffic and weather can be overlaid on excellent moving map displays.

Traffic is identified by tail number or airline flight number, with altitudes, speeds and trends displayed. A 10-inch tablet, mounted vertically, can display approach plates at full size, with a moving aircraft icon. I like this setup.

Based on our calculations, you’re into an ADS-B retrofit for around $14,000, assuming the GNS430W install labor was a modest $2,000. Understanding that this offers you far more utility than simple ADS-B Out compliance, that’s an awful lot of money for lesser missions and simple aircraft.

On the other hand, you are smartly taking advantage of the benefits that make the force-fed mandate a bit easier to swallow.

Conspicuous by its absence in your ADS-B buyer’s guide chart in the April 2015 issue of Aviation Consumer was any product that had a complete display interface with the Garmin G1000. As you note in the article, Garmin has ruled out any product other than Garmin for ADS-B input. However, the airplane companies (Cessna, as an example) who have to STC whatever Garmin offers have been virtually silent on this issue with respect to the G1000. Many G1000-equipped 172 ,182 and 206 owners—of both normally aspirated and turbocharged models—will want the capability that displays on the G1000 MFD and works with other installed capabilities, just like TAS or XM.

In some cases, 978 MHz UAT will be acceptable, but for high-flying turbo models, 1090ES will be required. I have gotten some information from avionics suppliers and airplane dealers, but it has been incomplete on the G1000. They also seem to be somewhat in the dark. Can Aviation Consumer shed any light on this particular question?

Garmin’s Jessica Koss replies: “Many aircraft manufacturers are pursuing transponder-based solutions such as the GTX33ES, which are becoming available as an ADS-B Out compliant option for aircraft with a WAAS-enabled Integrated Flight Deck. Garmin continues to work on solutions for Integrated Flight Decks such as the G1000. They will be made available by aircraft manufacturers to prepare its customers for ADS-B well before January 1, 2020.”

In the oil cleaner article in the April 2015 issue of Aviation Consumer, Ronald Newburg from Niagara Air Parts asserted that no matter how extensive the cleaning process is, you can’t wash all of the contaminants from its nooks and crannies. This is false.

At Pacific Oil Cooler Service, our FAA-approved oil cooler overhaul process follows that of many oil cooler manufacturers and is proven successful in removing 100 percent of the contaminants from the cooler.

Overhauling an oil cooler is a money-saving option versus the expense of a new replacement. In some cases, the cost differential is substantial. We simply present aircraft operators and maintenance folks with all available options.

In the article you noted that a dedicated keyboard could enhance the interface and that the IFD540 has inactive Bluetooth. This will be addressed with an optional Bluetooth keyboard as part of release 10.1.

Customers that register their product on www.myavidyne.com will receive a free keyboard. The software upgrade also addresses your complaint of the way crossing altitudes are handled, plus activating approach-related commands when in Map mode.

As for Avidyne’s extended warranty, we want to stress that participation in AeroPlan is not a requirement in order to use our products. To reiterate our position that this program is a choice, we are adding an opt-out clause to the terms and conditions. It allows any customer who has signed up for AeroPlan a 30-day grace period in which they can change their mind and cancel the agreement by submitting a written cancellation request via email at warranty@avidyne.com. This also applies to IFD540 customers that haven’t yet used AeroPlan’s benefits.

In that IFD540 article, we incorrectly stated that Garmin’s GTN750 doesn’t have automatic waypoint entry completion. Garmin’s FastFind does just that.