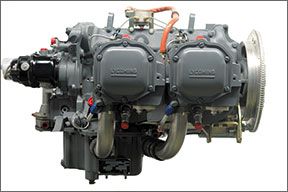 Lycoming Overhauls
I received your 2013 Aviation Consumer Buyer’s Guide and was very interested in your article covering engine overhauls. One important fact I did not see is: Customers who are thinking about ordering a Lycoming factory overhauled engine need to know about Lycoming’s 36-year policy. If the customer’s engine left the Lycoming factory more than 36 years before the order date, Lycoming will not accept that engine for a factory overhaul.
It can only be used for core credit for a new or rebuilt engine.

I believe that many owners do not know about Lycoming’s 36-year policy on factory overhauls. If an owner is
planning to get a factory overhaul on a Lycoming engine, he or she may need to do it based on the calendar rather than the condition or TBO if up against the 36-year number.

Please note, having the engine field overhauled after it left the factory does not extend or restart the 36-year clock under Lycoming’s policy.

Remote Heater Controls
I’d like to add some information to your September 2013 article on remote control units for preheaters. For those who buy a preheater from Reiff Preheat Systems, we offer a remote control switching unit that can be operated via a telephone call for the price of $89. Because we feel that a remote switching unit is of value to our preheater customers, we offer one at our cost—no markup.

A Little Respect
I very much appreciated the piece by Rick Durden, “A Little Respect,” in the October issue. The first paragraph says it all; there really should not be a place for aviation snobbery. Any aircraft that leaves the ground and returns in controlled flight deserves respect, no matter how the landing gear is configured. There is no place for looking down on airplanes just because they have a nosewheel.

I have an RV-6A, fly formation with the West Coast Ravens, including a number of large formations such as the 40 ship over Oshkosh. It’s a great plane and a blast to fly, nosewheel and all. What is even more important are the RV and formation communities as positive forces for general aviation. What a great group of aviators. They don’t care whether an airplane has a nosewheel or tailwheel—they just want it to fly.

I previously owned a 1947 Ercoupe, which I flew for 11 years and 1500 hours. I loved every minute of it. The Ercoupe has been one of those airplanes that lacks the cool factor in certain segments of the aviation community, particularly among those who prefer tailwheel airplanes—the ‘coupe is probably dead last in cool for that group. Yet it deserves respect. It allowed me a number of years of flying that I might not otherwise have been able to afford.

Before I owned my RV, I flew my Ercoupe with the SoCal RV group to and at events. They were always encouraging and supportive. They never put down the Ercoupe—they referred to it as an RV-0.5A.
The Ercoupe was what my budget could afford—I have no regrets or apologies about admitting it. Thank you for the gentle reminder about respecting the airplanes we can afford to fly.

I believe the important thing is to keep all of our airplanes and aviators safely flying—especially the more modest planes that make aviation more accessible to those of us with limited budgets.

Cockpit Lighting
Larry Anglisano’s October article about lighting options in the cockpit was good, but I’ve taken a different approach, a temporary system that I hold in place in my Tiger with Velcro, just as some pilots do with a flashlight.

It is an eyebrow LED light bar built by Fresh Aero (www.freshaero.com), with an integral off/on and dimmer switch. It can be removed from the airplane in two minutes. It plugs into an ELT battery pack that is secured under the pilot’s seat. The battery easily powers the LED bar all night, as I’ve inadvertently proven. It’s perfect for the fairly low amount of time I fly at night.

The poor-quality OEM lighting system is unaffected. I have absolute redundancy of lighting for little more weight than a powerful handheld flashlight. Because it is not installed in the airplane, the FAA is not involved at all.