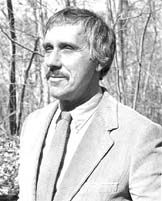 When pressed, any hard-bitten magazine editor might concede that publications like this one are more than ink on paper. In concert with the whims and desires of their readers, they become living entities with distinct lives of their own. But in the end, its the editor who breathes life into the thing. A good one makes all the difference, elevating the everyday to the exceptional, the exceptional to the extraordinary. One of the best died the other day here in Florida, not a mile from where Im sitting in Sarasota. Richard B. Weeghman-all of us knew him as Dick-was 75 years old and succumbed to a sudden illness. He was editor-in-chief of Aviation Consumer from 1976 to 1994.

It was my good fortune to have had a short but memorable career overlap with Dick during the early 1990s but I knew of him and his work long before that. When I was a callow teenager learning to fly in the late 1960s and reading all I could find about airplanes, Dick was managing editor of Flying. He joined the magazine after a tour as an Air Force F-86D pilot stationed in the northwest, where he joked that he protected the beet farmers of Washington state from the Soviet menace.

After his stint at Flying, Dick worked as the editor of Air Progress before he was lured out of that job to oversee a quirky little black-and-white newsletter that proposed to give general aviation something it did not have: a respected, independent voice to evaluate aviation products and services honestly, unfettered by the need to please advertisers. A high-minded concept, to be sure, and one that not everyone was convinced would endure.

Yet through a rare combination of tenacious reporting, brilliant writing and an uncommon instinct for what makes a good story, Dick Weeghman made it endure, seemingly against the odds. He occasionally regaled us with the story of an internal memo that circulated around the offices of Flying, scrawled on Aviation Consumers sales copy: This one wont last long.

But Dick Weeghman had other ideas. In an editorial marking the magazines 10-year anniversary, he noted with his typical impish glee that one manufacturer conceded weve reluctantly come to the conclusion that youre simply not going to fade away.

And we havent, thanks to the durable editorial foundation built by Dick Weeghman in a career defined by landmark reporting on issues such as the Bonanza V-tail break-ups, Cessnas ill-starred H-engine fiasco, Grummans problems with debonding wings and a host of industry sacred cows too numerous to mention here.

A guy like that is a hard act to follow. Yet to this day, when Im seeking the muse for a lead or a headline or wondering how to cast a topic in a way readers will find engaging, I find myself asking, How did Weeghman handle this?

Perusing the back issues for Weeghmanisms never fails to inspire. This was, after all, a man who made an art of deflating the typical hype surrounding everything to do with general aviation and whose witty idea of gushing praise for an airplane or product was to allow as how he found it mildly enthralling.

Dick Weeghman was one of the giants of aviation journalism. He was respected, he was admired, he was valued. I doubt if we will see his like again.