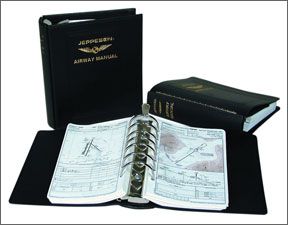 A Heavenly Wedding: Pilots and Paper

This months review of Garmins new GPSmap 696 once again raises a perennial conundrum. The bones of it are sketched in Joseph Matalons letter on the opposite page. Why, in an age of instant wireless communication where half of us have Blackberries surgically implanted in our skulls, do we persist in being so hopelessly wedded to paper in the cockpit? We say we want electronic charts, but many-probably most of us-haul around big bags full of paper charts, just in case. Charts that require constant revisions, or so we have convinced ourselves to believe.

Whats going on here? You could argue that its belt-and-suspenders syndrome. The electronics are great, but what if they go dark? Ill be stuck, right? Viewed through the prism of risk management, this is a silly argument. First of all, the likelihood of one of these systems failing to produce a chart at a moment when it really matters is slim to none. “Really matters” means you absolutely couldnt survive without the paper chart.

The reality is your panel navigator has most of the data you need to fly an approach, or your portable does. It lacks data like MDAs and DHs, but these are obtainable from ATC. Bottom line, then, youre paying hundreds of dollars a year and carting around that mountain of paper to guard against this infinitesimally small risk. Yes, its silly.

The larger issue is that we simply cant wean ourselves away from the comfortable look of a paper chart. Seventeen years ago, before his death, I interviewed Elroy Jeppesen who is, inarguably, the inventor of the modern approach plate. When he showed me his original tattered sketches and later improvements, I realized that not much has changed in nearly 70 years. Its directly analogous to the FSS phone briefing. You can get a far better briefing yourself from any of dozens of Web sites, yet many of us persist in wanting to have a paid briefer read this stuff to us over the phone.

The illogical extension of this is that Garmins cutting-edge technology is harnessed to display a scan of a piece of paper designed 60 years ago. Its just nuts. Whats desperately needed here is a paradigm shift away from paper approach plates and toward a data driven concept that presents you with the data you need, when you need it. Example? Show the MDA or DH right next to the fix name on the navigators display. Lord knows the displays are big enough to do this now.

There are probably a hundred other ways to do this that dont involve paper. Sooner or later, well need to get there and the impetus will come from pilots as much as from Garmin, Jeppesen or Bendix/King. Garmin is getting close with the 696 and Ill wager it has the chops to deliver data-driven approach information. The question, do buyers have the will?

My friend Dave Vorsas from Triumph Instruments called the other day to say just that. How, he asked, could you have left us off a list of the countrys top instrument shops in the November issue? I tried to take the fifth, but there was no escape.

I simply overlooked adding Triumph to our list. A careless mistake on my part. And in my view, its not just one of the best, but the best. Triumph can fix any instrument ever built and has a rep for terrific customer service. Sorry for the oversight, Dave. Contact Triumph in Fort Lauderdale at 954-772-4559. The company also has a facility in Austin, Texas.