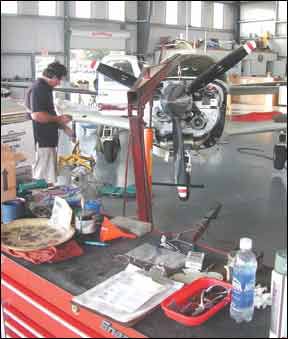 After a fashion, our reader surveys are sometimes like collective scab picking. That’s certainly the case for this month’s reader feedback project on owner experiences with factory rebuilt and overhauled engines. The results proved illuminating, but also highly polarized. In other words, we hear from the outer bands of the spectrum—those pleased and those not so pleased—but not from the broad middle ground of people who are mildly satisfied or maybe just not thrilled.

This round of surveying seemed to yield more bile than any recent surveys and I think there’s an explanation for that. Many owners are just hanging on to the notion that their airplanes retain good value. I’m not talking about market value, but personal, perceived value. In other words, is all the money I’m spending on this thing still worth it?

It’s not that owners can’t afford their airplanes; they can. It’s just that so many transactions in the ownership experience go sour in minor and major ways that owners get fed up. A maintenance invoice is a third larger than expected; a paint shop is late and it forgets to paint the door jambs; a factory engine arrives with a DOA alternator and missing paperwork. And on it goes.

These foibles of themselves aren’t necessarily deal killers if the business is question applies the personal touch and fixes the problem with a smile. And this is where the factories miss an opportunity to build strong customer loyalty. By word of mouth reputation, customers dealing with factories gird themselves to expect a less-than-exceptional buying experience and the factories too often step right into this trap by providing exactly that. Phone calls don’t get returned, the customer gets blamed for operating the engine incorrectly, an accessory fails two weeks after the warranty and the factory offers no help.

Contrast that with how the best field shops work. We bought a factory exchange Lycoming IO-360 for our Mooney M20J some years ago. The factory gave us a credit on a cracked case and the new engine had a new case and crank. I drove out to the factory to pick it up and we were down less than two weeks. The engine was stronger, smoother and drier than the engine it replaced. Overall, it was a terrific customer experience and as far as I know, the engine is still flying, albeit not in the same Mooney.

Five years later, in another Mooney, the Continental TSIO-360 came up for overhaul, which we had Zephyr Engines do. Two years after the warranty expired, it developed a significant oil leak. I flew it up to Zephyr Hills to have the shop take a look at it, fully expecting to pay whatever maintenance bill they presented. I didn’t even expect to be met halfway on the bill since the engine was well past the promised warranty.

But as so many top field shops do, Zephyr fixed the leak for no charge. I even insisted on paying something, but the shop declined. And that is the stuff of unshakeable customer loyalty that assures Zephyr will get my next engine, not to mention a lot of positive recommendations. Would I buy another Lycoming factory engine? I definitely would, probably in a circumstance where downtime mattered or a field shop, for whatever reason, couldn’t deliver. Price might drive it, but I’m usually not a price-only buyer.

Can the factories match this kind of service? I’m not sure, but in my view, they could do a lot better by adding a personal touch to customer service and warranty claims and giving their service people a little more latitude to work with customers on parts at cost, discounts or other considerations. In my view, most customers don’t have unreasonable expectations and are, in fact, easy to satisfy, if not please. But telling the customer he operated his engine incorrectly isn’t the way to get there.