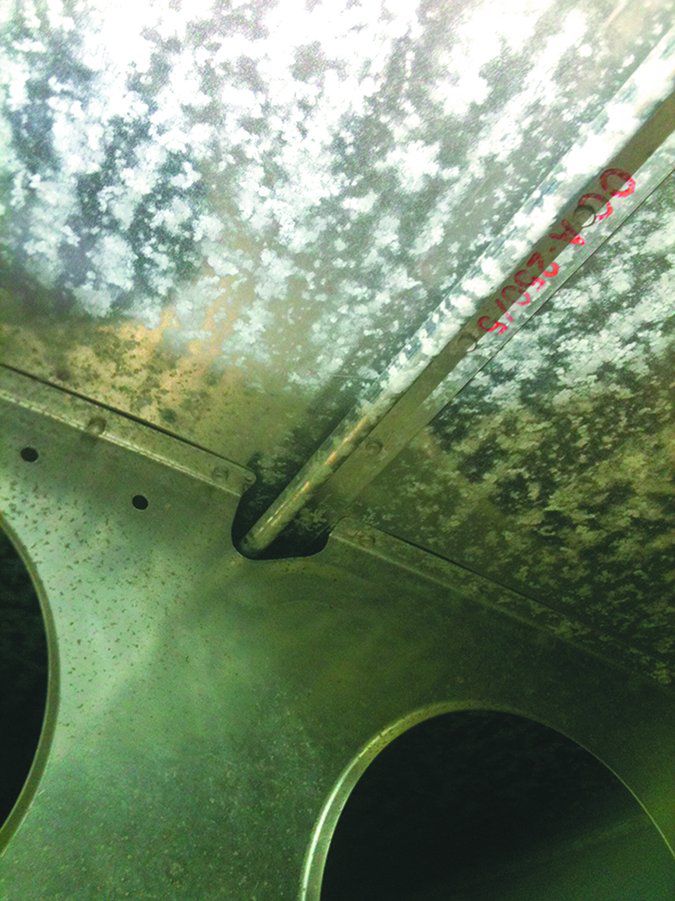 While researching information on aircraft corrosion and corrosion prevention, I ran across my nomination for understatement of the week in an FAA publication. It said, “. . . the amount of maintenance required to repair accumulated corrosion damage and bring the aircraft back up to standard will usually be quite high.” No kidding.

The reality is staggering—some years ago I was shown the bills paid by an owner for corrosion repair. He had bought a Louisiana-based twin without a prebuy examination. Over the next two years he expended more than he’d paid for the airplane to repair damage to the structure and skins from corrosion.

About the same time, there was a Cessna 310 owner based on a tiedown at my home airport who was known for ignoring warnings from his shop about observed corrosion during annual inspections. He claimed to be surprised when the shop called him to say that the corrosion had reached the point where the airplane was unairworthy and their head of maintenance thought it was beyond economical repair. It was. The owner had to scrap it.

For those of us who fly legacy aircraft—post World War II era until about 15 years ago—we have to deal with the fact that the manufacturers didn’t expect them to last much longer than 10 years. Accordingly, they did not do much in the way of corrosion-proofing them. The consequence is that even airplanes based in dry climates are at risk of damaging corrosion unless they are subject to at least careful inspection and, better still, corrosion-prevention treatment at regular intervals.

I’ll go into what corrosion is, what it does, the available treatments and pass along recommendations from those who know a great deal about corrosion and its treatment in general aviation aircraft.

So, What is Corrosion?

An easy way to understand the process of corrosion of metal is to think of the process as a battery. A battery produces electricity by controlled corrosion of metallic electrodes submerged in an electrolyte. One metal, the anode, gives up electrons. Those flow through a conductive liquid, the electrolyte, to a dissimilar metal that will accept the electrons, the cathode. There has to be an electrical connection between the two metals, usually metal-to-metal contact.

The way this comes about in an aluminum airframe starts with the nature of pure aluminum. It’s so soft that it’s unusable for aircraft structure or skin. However, it is also quite resistant to corrosion because, once it’s exposed to air, it forms an extremely thin layer of aluminum oxide on its surface. Aluminum oxide does not conduct electricity, so once the layer forms, it prevents the process of corrosion from starting.

To make this light metal into a structural material, small amounts of other materials are added when it’s heated to liquid state so that the resulting alloy meets the strength needs of an airframe. The alloy used in most aircraft applications is referred to as “2024” and is made up of 95 percent aluminum, 4 percent copper and bits of manganese and molybdenum. The mixture is heat-treated and rolled into sheets—and referred to as “2024-T3” to describe the specific alloy and heat treatment applied.

Of course there’s no free lunch; when aluminum is turned into 2024-T3, it loses its resistance to corrosion in the tradeoff for strength. Aluminum is happily willing to give up electrons (anodic) to copper when they establish the intimate relationship of becoming an alloy. All they need to start the process rolling is the presence of an electrolyte. While pure water is not a conductor, water in the real world—typically from condensation—has chemical impurities that turn it into a conductor. The most effective of those impurities is salt, followed closely by acids found in air pollution.

To help protect 2024-T3 from itself by shielding it from electrolytes, the makers take advantage of the corrosion resistance of pure aluminum. They coat (clad) both sides of sheets of 2024-T3 with thin layers (0.001 inch) of pure aluminum. The finished product is called “2024-T3 Alclad.”

Of course, nothing’s perfect. Once Alclad is cut, has a rivet driven through it or is scratched, an electrolyte can reach the 2024 inside and start the process of corrosion. That’s why corrosion is most often found at seams, joints and rivets on aircraft.

The second major cause of corrosion in aircraft is a result of dissimilar metals coming into contact, such as when steel fasteners are used to attach aluminum parts. Called galvanic or dissimilar metal corrosion, it is usually avoided by a manufacturer selecting the types of metals that will come into contact with each other, making metals that will come into contact with aluminum compatible by electroplating them with a thin layer of cadmium and by applying coatings to seal out electrolytes.

When corrosion is detected, it must be removed following approved techniques and the amount of damage to the underlying metal determined. Once a certain percentage of the skin or structure is gone, it must be repaired or replaced. Naturally, that means corrosion can and does weaken an airframe and has caused inflight breakups.

Paul New, the owner of Tennessee Aircraft Services, told us that his company had recently replaced one wing of a Cessna Cardinal because corrosion had developed between the spar cap and wing skin. By the time it had grown to where it could be detected, it had destroyed 30 percent of the spar cap in the area.

In the late 1980s, a hugely valuable tool for fighting corrosion was developed by Lear Chemical Research of Ontario, Canada—fluid thin-film coating (FTFC). Its product, ACF-50, has become a mainstay in the ongoing battle against aircraft aluminum returning to its original bauxite. Not long afterward, it was joined on the market by CorrosionX from Corrosion Technologies in Texas.

The effectiveness of FTFCs has caused them to supplant virtually all other methods of corrosion prevention for aircraft owners (not manufacturers—different prevention techniques are used when assembling airplanes).

FTFCs do not repair corrosion damage. Metal that has been eaten by corrosion is gone for good, despite what you might hear on some internet forums.

By design, FTFCs migrate. They penetrate into lapped skin surfaces and around rivets, and they do so remarkably quickly. Five years ago, an Aviation Consumer editor was given a demonstration in which CorrosionX was sprayed on one side of pieces of aluminum sheet that were riveted together. Within 60 seconds the FTFC could be seen around the rivet heads on the other side of the aluminum.

Because FTFCs migrate it means that you’re going to be cleaning them off of the exterior of your airplane for some time after a treatment. You can expect to see it streaming back from rivets and lap joints (see the photo in the sidebar). It’s easily removed with a cloth or paper towel. CorrosionX and ACF-50 will not harm your aircraft’s paint, wiring, rivet integrity or avionics. Because of the penetrating and lubricating properties of an FTFC, you may find that your control system pulleys and cables operate a little more easily.

If you have corrosion around rivets that is temporarily holding them tightly in place, it is not uncommon for the FTFC to break that corrosion loose and the underlying loss of metal to manifest itself in smoking rivets. The FTFC has thus given you an early warning of existing corrosion damage so you can get it fixed—having your airplane held together by corrosion-bound rivets is not a good thing.

ACF-50 and CorrosionX effectively own the FTFC field. In talking with aircraft owners and maintenance shops I asked which product they preferred. Almost universally owners said they went with whichever product their shop offered. The shops said that they used whichever product’s salesperson got to them first. The application equipment for fogging the aircraft is pricey and unique to each product. Once a shop bought equipment to apply CorrosionX or ACF-50, it was my observation that it stuck with that brand.

In my conversations, I did not have anyone tell me that he or she had gotten poor results with either product. No shop told me that it had switched from one to the other.

Prices for a full treatment of a single the size of a Cessna 182 were in the $300 range at the shops I spoke with. All said that fogging an airplane with an FTFC is most inexpensively done when it’s opened up and the interior is out—such as during an annual or 100-hour inspection. They also said to do the FTFC fogging after all of the other work is complete as a last task before putting the airplane back together.

Derrick DeRuiter, owner of Northwoods Aviation in Cadillac, Michigan, cautioned about overspray when applying an FTFC, noting that it doesn’t do brakes any good at all. I was also told that if an owner is considering painting his or her airplane that it would be wise to wait at least a year or so after the last FTFC treatment because there may be difficulties with paint adhesion.

In a world where aircraft owners often express frustration with product quality, reliability and longevity, it’s a pleasure to look at a product that does exactly what it says it will do and its effects are long-lasting. In researching FTFCs in general and CorrosionX and ACF-50 specifically, I found myself in full agreement with a statement made by Paul New: “They are the least expensive preventive maintenance you can do on a legacy aircraft.”