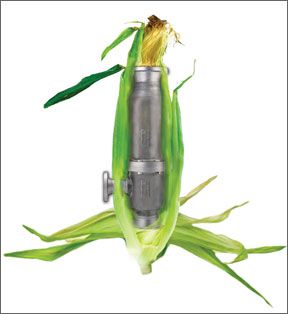 The more I learn about the biofuel and alternative fuel industries, the more depressed I get. But this doesnt necessarily apply to Swift Fuel, a proposed replacement for 100LL, which is analyzed on page 12 of this issue. Stay with me to follow the reasoning.

Any sane person who reads much about the history and economics of the U.S. ethanol industry could only conclude one thing: Its nothing but corn state lunacy. The entire industry is heavily subsidized and is really nothing but agricultural subsidies by another name. With oil prices in the tank, ethanols high cost of production isnt remotely competitive with gasoline and unless oil hits $200 a barrel, it probably never will be. The notion that ethanol is somehow greener that gasoline has been pretty well shot to hell, too. Corn ethanols energy balance-the amount of energy input compared to energy gained-is generally accepted as a pathetic 1.3.

In other words, the industry has to spew out a lot of greenhouse gases from tractors, trucks and ethanol stills to make the stuff and that doesnt even get into worries about soil depletion and pollution related to mono-cropping corn and the food-fight argument. Worse, because ethanol evaporates easily, it increases refining costs when blended with gasoline (so-called E10 fuel) and actually contributes more to air pollution before its ever burned. Its also hydrophilic and will collect airborne water vapor like a sponge. Without modification to engines, gasoline is limited to about 10 percent ethanol, which means it isnt much of a player for significantly reducing dependence on imported oil.

By comparison, Brazils ultra-efficient sugar-cane based ethanol economy claims an energy balance of 8 to 10, which explains in part why Brazils main transportation fuel is home-grown ethanol. Brazil ended governmental subsidies in the early 1990s, thus its sugar-based ethanol industry stands more or less on its own and it wants to export ethanol to the U.S. (Brazils program isnt without its own environmental degradation, by the way.)

So here comes Swift Fuel, a biomass product based on cellulosic rather than starch-based production. Biomass is generally taken to mean switch- grass or agricultural waste of all kinds. It could be sorghum, too. Because the feedstock crops dont require much cultivation and are more energy desne than starch crops, cellulosic biofuels have better energy balance than corn ethanol-as much as 4.0, according to some studies.

So far, so good. Swift Fuel proposes to produce its 100-octane plus avfuel for about $2 a gallon, which translates to around $4 at the pump. Also good, even if that estimate is too low by what Id guess is at least 50 percent. But even at that, a $5-or even $6-avfuel is perfectly sustainable marketwise, if not production wise.

The problem will arise if the body politic gets the budding cellulosic industry tangled up in subsidies, thus artificially depressing its real price. If corn ethanol had to exist on its own, its pump price might be at least $3 and it should be. Sustained motor fuel prices in that range would easily do what the slackening economy has already done: Curtail demand, force conservation, reduce imports and stabilize oil prices. In my view, none of those things are bad. But in a season where government giveaways have become the new Holy Grail, Im not holding my breath.

Id like to see Swift Fuel succeed, but only on terms that represent what it really costs to make it on a sustainable, profitable basis.