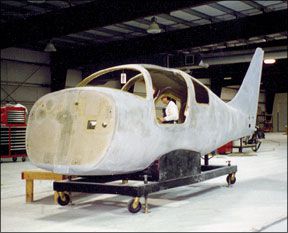 Cessnas announcement in September that it was seeking to buy Columbia had a bit of the sneaky Pete to it. Whether intended or not, the buyout offer got the harder play in breaking news stories, not the fact that Columbia was declaring bankruptcy. Stories in the aviation press seemed to assume that readers and reporters already

knew about the bankruptcy and that the Cessna tender was the real news. Yet the two developments occurred almost simultaneously. Interesting timing.

What can Cessna be up to here? Whats the business plan and how will it affect current Columbia owners and potential future buyers? The most likely scenario, in my view, is to take the deal at face value. Cessna will buy Columbia for a fire sale price, flush or restructure its debt and then integrate the Columbia 350 and 400 into its product line. The details of the purchase are unknown as we go to press, but whatever Cessna does will be painfully public because it will be hashed out-at least most of it- in open bankruptcy court. At the AOPA convention in October, Cessna pledged to keep Columbia at its current Bend location, which I see as a good thing.

But Cessna may be getting a little ahead of itself. At press time, we learned that Cirrus is also making a run at buying Columbia, along with at least two other companies. So Cessna is by no means a shoe-in. Actually, I dont think the Columbia airplanes are a particularly good or logical fit with Cessnas piston line. Columbia airplanes sprang from the Experimental segment, theyre cutting edge technology and construction wise, a Columbia is to a Cessna what a Corvette is to a minivan. Cessna is a company that has succeeded brilliantly by understanding its core capabilities and avoiding diversions into the trendy fast lane. This is no more obvious than in comparing the Mustang to the Eclipse. The Mustang is an incremental reach into a pocket of the market, not a technical tour de force. Thats why it sailed through initial certification and production while the Eclipse still struggles.

All right then, maybe it makes sense to buy someone elses diversion, which the Columbia line certainly proved to be for the Malaysian investors who funded it. The diamond in the rough here is that if Cessna actually acquires Columbia-which is by no means a done deal-it will own whats arguably the best light aircraft composite technology around. Columbia was and is rightly proud of its layup skills. If the rumors were hearing about a Cessna single-engine jet project are true, maybe Cessna plans a walk on the wild side and will build it of composite. Could happen.

And lets not forget that the Columbia airplanes are competitive with any other new airplanes being sold. The only wart they have-and what has probably stunted sales-is lack of buyer confidence in the companys survival. Cessnas big checkbook, reputation for longevity and support and its ability to sell just about anything could fix that overnight. Without even breathing hard, I suspect the newly restructured Columbia will give Cirrus seriously stiff competition. Further, Cessna has revealed its intention to offer the BRS whole-aircraft parachute as an option in the Cessna product line. Im sure theyre paying close attention in Duluth and thats why Cirrus made its own offer.

The ultimate short-term winners may be Columbia owners. Its never a good feeling to spend more than a half-million on a new airplane only to learn over your coffee the next morning that the company that sold it to you has declared bankruptcy. Despite its ups and downs in the market and well publicized quality shortfalls when it restarted the piston line in 1997, no company better understands how to build customer loyalty than does Cessna. Its going to be interesting to see what magic they work on Columbia.