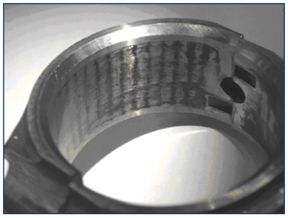 A Hair-trigger AD We Could Do Without
With rising fuel and shop maintenance prices, Draconian airspace restrictions and a hinky insurance market-at least for older pilots-the last thing we need are hair-trigger airworthiness directives. Yet thats exactly what the FAA has given us in the form of a questionable Notice of Proposed Rulemaking to replace about 1200 connecting rods made by Engine Components, Inc. for Lycoming engines. The details are described on page 20 of this issue, but suffice it to say here that if this NPRM makes it to the AD stage, several hundred owners of Lycoming engines will be forced to needlessly replace ECI connecting rods to the tune of invoice amounts we would guess to be in the $2000 and up range.

Of late, the FAA is complaining about being overworked and understaffed on the certification and oversight side, so we wonder why theyre wasting their time on this AD, which is built on questionable forensics, to describe it generously. Engine overhaulers weve talked to think that the FAA simply no longer has enough piston-engine expertise at the technical oversight level and we have to agree.

The basis of the current proposed AD revolves around scalloping found behind the bearing in the big-end bore of an ECI rod that had failed in flight. Effect led to cause and the FAA concluded that the scalloping was the failure mechanism. The massive black hole in this theory is that most engine shops have a box full of Lycoming and Continental rods with varying degrees of the so-called tank-track signature. So why arent the factory rods subject to the same AD? And why is the FAA building a $1 million case on a single failure? When Lycoming suffered through its crankshaft recall beginning in 2002, there were at least four failures before an emergency AD was issued shortly after a fatal crash in Michigan, although Lycoming issued a crankshaft service bulletin of its own well before that.

To be fair, the FAA is charged with proactive safety initiatives and it has frequently been accused of tombstone mentality in executing its oversight role. Theres a fuzzy, ill-defined line between knee-jerk reaction to non-problems and a stubborn refusal to act when safety is clearly compromised. Discerning the difference before the fact is not necessarily easy. But its utterly impossible when the technical work behind an AD is incomplete, flawed or, worse, not made clear to the public and the companies involved, as is the case with the ECI connecting rod recall. The case for this AD is, in our view, based on the gauziest theory supported by weak data that the agency hasnt even released. In our view, this NPRM ought to be taken out with tomorrows trash.

Avidyne/Ryan Merger
As a business trend, mergers and acquisitions have been a cyclic phenomenon. In our experience, customers usually dont benefit much from them because often, when a larger company gobbles up a smaller one, the products of the smaller company lose their innovative edge and customer service goes to hell.

One recent merger that seems to make sense is that of Avidyne and Ryan International. To compete in an avionics market served by ever fewer players, Avidyne needs more technical breadth than it has had with its well-regarded line of PFDs and MFDs. Ryan has that in the form of its sophisticated traffic awareness sensors. Both companies are entrepreneurial entities, with Paul Ryan having pioneered sferics technology three decades ago with the Stormscope and Dan Schwinn having done the same with what we now know as the multi-function display.

At this early juncture, the two companies look like a natural fit. Right out of the blocks, Avidyne and Ryan are introducing a new $10,000 active traffic system as an antidote to systems costing twice as much. We suspect that this product may be what many owners are looking for. In our view, thats a strong start and we look forward to seeing more competitive products from this new company.