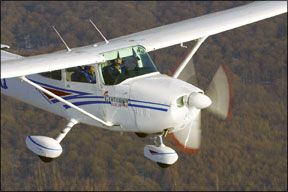 DIESEL: NOT A DONE DEAL

Five years ago, when we began covering the emergence of diesel engines for aircraft, I thought we were certainly looking at the next big thing. I still think that, but the latest bright shiny object has lost some of its luster. Beginning on page 4 of this issue is an in-depth report on ownership experiences with aircraft diesels and the news is hardly joyful. I used the word “tarnished” in this report and I chose it carefully.

Bottom line: After three years in the field in meaningful numbers, owners are pleased with the performance and economy of the market-leading Thielert diesels, but they are clearly unhappy with what many describe as poor reliability, high

maintenance costs and, most troubling, weak factory support from Thielert. Make no mistake-the market forces favoring diesel are all but overwhelming. Avgas is scarce in parts of the world and expensive everywhere. Cost-sensitive owners are thus spring-loaded to at least consider, if not enthusiastically support, more efficient powerplants. Some want economy for economys sake. Even so, the entire diesel idea could still tank and take a portion of the GA market with it. Heres why:

Although all of the owners we spoke with were thrilled with the idea of efficient diesel engines, most seemed to have gone into the deal with eyes open. They expected glitches and snags, the inevitable teething pains of new technology. But if teething pains consist of annoying FADEC warnings, loose connectors and leaky fittings, landing on a beach with a cracked cylinder head is having a molar forcibly removed with a ballpeen hammer. Nothing erodes confidence more than owning a maintenance-hogging engine that always has you wondering if it will keep running.

In this issue, we also report that Cessna has come on board with Thielert with the new Centurion 2.0 for the Skyhawk. Thats a big deal. And given Cessnas careful conservatism, they wouldnt do that unless it were a sure bet, right? Not really. The 2.0 is supposed to address the Centurion 1.7s fault and maybe it will. But it hasnt been fielded in nearly enough numbers to indicate what breaks and what doesnt. And like every other manufacturer, Cessna has been burned by bum engines before, most recently by the Lycoming crankshaft fiasco. Theyre hardly bulletproof. And by the way, Cessnas entry doesnt validate the diesel market, it simply recognizes a market opportunity.

When Thielert introduced the Centurion 1.7, it did a smart thing. It agreed to a TBR

of 1000 hours and required conservative inspections and replacements of gearboxes, pumps and other components, which it initially seemed to support effectively. The engines replacement price was pro-rated, based on a 2400-hour TBO, also an innovative approach. However, to a degree, this is betting on the come-a reasonable gamble that engine and component durability would improve before customer perceptions labeled the engine as unreliable and high maintenance. In my view, the engine is now just on that razor edge.

Im sure Thielerts business plan factored in a reasonable estimate of warranty performance and parts replacement measured against some finite investment in manufacturing capability. My guess is they guessed (slightly) wrong, which leads directly to the larger complaint owners have: slow delivery of parts and generally weak warranty response. In other words, I think Thielert came up short on installed manufacturing capacity and fell behind the production curve.

No one yet knows how the Centurion 2.0 will fare in the field. Thielert has probably done all it can to improve the new engine to rid it of the 1.7s tender love for the wrench. But what the company really needs to do is invest time, money and effort in whats best called American-style customer support and response. I think customers expect that and anyone spending better than a half-million dollars for a new airplane deserves it.