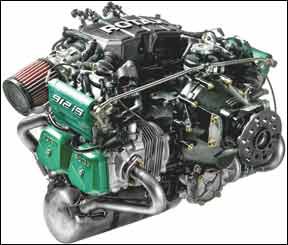 When the Rotax division of Bombardier Recreational Products (BRP) rolled out its new 912iS engine at its Gunskirchen, Austria, headquarters in early March, I wasn’t too surprised. From talking to a couple of vendors, I had a pretty good idea of what was coming and the engine more or less lived up to those expectations.

Well, okay, there were two surprises. One was how far along the engine really is. It’s basically there. You could hardly open the door of a FIAT 500 (nice handling, no motor) without bumping into an actual engine, a component or some BRPer rolling around in 912iS logo wear. Rotax has obviously been at this awhile and has put in place all the bits and pieces of support you normally don’t expect until an engine is shipping to dealers.

Not only did they have 50 engines on the assembly line that will prove 912iS production, but they also had 10—count ‘em, 10—LSAs in their product display tent with the engine already installed, including a Flight Designs airplane, a Pipestrel Sinus and several Eastern European designs I’d never heard of. The engine is essentially in production and will be shipping by May for LSAs. A certified version will follow.

The second surprise, of a sort, is how hard BRP/Rotax is pushing this engine as a green option. BRP makes its bacon on activities that involve burning a lot of hydrocarbons—airplanes, motorcycles, boats, snowmobiles—and it keenly understands how its very existence is threatened by worries over pollution and especially greenhouse gases. So part of the product intro day was given over to discussing the 912iS’s efficiency, which is something you hear mentioned only in passing from Lycoming and Continental. American buyers aren’t tuned into what’s coming, but European buyers already are.

As part of its overall efficiency claims for the 912iS, Rotax says it’s about 20 percent more efficient than equivalent engines—which would basically be the legacy 912 or the small Continental and Lycoming fours—and Rotax engines in general reduce CO emissions by as much as 70 percent. Since the engine is a lean runner in cruise, it will also exhaust less carbon dioxide. I haven’t been able to get exact fuel efficiency on it yet, but the engineers were saying the engine basically runs at Lambda 1—more or less stoichiometric or a little leaner. I guess when the fuel flow numbers are in, that’s going to be a BSFC in the low .40s, which is an improvement over the 912 and over other gasoline aviation engines, although maybe not better than a Continental IO-550 running smoothly lean of peak.

Nonetheless, if you’re about to be smeared by a bunch of wild-eyed green crazies, you can at least say you’re making progress and be telling the honest truth. Personally, I think that’s a good thing.

How’s Rotax doing this? Just as you would think they are. The 912iS is automotive-style fuel-injection design with a pair of redundant ECUs, dual alternators and knock sensing that will eventually allow lower octane gas if you want it, or just more detonation margin even if you don’t. It also has direct injection, not the squirt-it-into-the-intake port used by conventional aircraft engines. It short, it’s car and motorcycle technology on the fly, to which I say it’s about time.

The engine will carry a 15- to 20-percent price premium over the legacy 912S/ULS, which will continue to be available. But I suspect within two years, the 912iS will be the engine of choice for the LSA market.