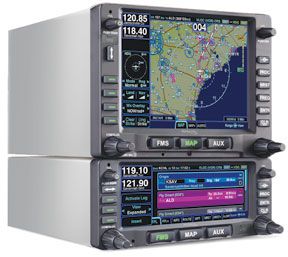 At Aviation Consumer, our job is to sift through marketing hype and conduct impartial evaluations of products and services. Sometimes this includes products that aren’t yet to market, creating uncertainty regarding the product’s future. That was the case nearly a year ago when we covered Avidyne’s IFD540 and IFD440 GPS navigators (September 2012).

We recommended the IFD series as an easy way to modernize a stack of aged Garmin GNS navigators. The major attraction is the IFDs plug-and-play design, which slides into a Garmin GNS530W and GNS430W installation. Avidyne said the larger IFD540 would be available later last year, while the smaller IFD440 was supposed to be delivered earlier this year.

As we go to press, Avidyne has yet to deliver either of these units. Muddying the water was Avidyne’s early buy-in program, where the company collected deposits in exchange for aggressive discounts. We cautioned, as we always do, against forking over money without having the product in hand. Not surprisingly, some buyers we spoke with have considered demanding a refund.

Since our job doesn’t end when the ink on these pages dry, we followed up with Avidyne to get hard answers. According to Avidyne’s marketing director, Tom Harper, there’s no specific problem that caused the product to slip from earlier expectations.

“The FAA is currently in the process of conducting its initial formal evaluation, which has extended longer than scheduled due to FAA availability and also due to inclement weather,” Harper noted.

When asked why the company announced the products so early in development (AirVenture 2011), Harper told us the obsolescence of the Garmin GNS530 and GNS430 opened up a new market. “At that time, we wanted customers to know that there would be future alternatives in the GPS product category,” said Harper. He also told us the units would include additional capabilities not previously announced. Keep tabs on www.avidynelive.com.

The IFDs are late, but we don’t think they’re lost. We applaud Avidyne for not releasing the product before it’s ready, but stand our ground in not recommending you pay anything for a product that you can’t have now.

Just after the above was written, readers concerned by recent moves by Avidyne—on repair pricing and its extended warranty—contacted us. On investigation, we understand the concern and why the Internet buzz is big.

As background, you may recall that Avidyne went through a period in which its customer service record was not good. We reported on the problems, the assertive steps it took to fix them and that those steps were successful. We think Avidyne was a model for how to fix a broken customer service program. According to Tom Harper, part of the process was keeping the price of its fixed rate repairs low. Yet, it recently raised them dramatically. For example, a PFD fix went from $3250 to $5900. That percentage raises eyebrows.

A lot of owners of glass airplanes hedge their repair cost bets by buying extended warranties. We think it’s a sensible approach. For years, Avidyne owners bought its FlexCare program. Most recently, its price was $3700 for three years. There’s more information about extended warranties on page 18.

About the same time it raised the flat rate repair fee—a good way to push customers to buy an extended warranty—Avidyne announced that FlexCare was being replaced by AeroPlan and that it cost $1000 less than FlexCare. This initially sounded like a good thing. What caused us to spit the coffee on the computer screen was something clearly stated on the first line—Avidyne cannot be accused of hiding the ball—of the terms and conditions of AeroPlan: all of the owners of the airplane “must sign the attached WAIVER, RELEASE AND INDEMNIFICATION.”

Further, the owner must agree that if s/he crashes (and the NTSB probable cause says it was due to any sort of pilot error) and then someone else—any third party—sues Avidyne, the owner will pay for Avidyne’s defense of the lawsuit and any damages it is ordered to pay. We think that’s nuts.

We can’t imagine any Avidyne owner signing this agreement without serious consultation with a lawyer and the owner’s insurance carrier. We don’t know if there is insurance coverage for an owner that signs an agreement to indemnify and defend a manufacturer. The insurer didn’t contract for such a risk. We were assured by Avidyne’s Harper that owners are signing up, although the ones we spoke with said there was no way they could sign such an agreement—the downside risks are simply too high.

We cannot find any precedent for a manufacturer demanding that its customer indemnify and defend it against third-party lawsuits—something that could easily bankrupt the customer—as a condition of an extended warranty, while also nearly doubling the repair prices for customers who don’t knuckle under and sign up. That’s not customer service.

We don’t know how many lawsuits Avidyne is defending, or if it is facing unusually high insurance costs not seen by its competitors, or if it is seizing straws trying to cut costs.

We don’t know if the difficulty in delivering a new product along with draconian conditions for the extended warranty are symptoms of trouble, but owner feedback indicates that Avidyne’s actions are not endearing it to its current customers or encouraging new customers to buy. —Larry Anglisano, Rick Durden 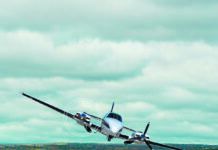