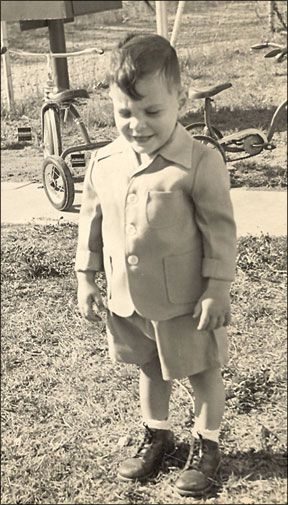 As a child, I was not well behaved. In fact, I was an excruciating pain in the ass to my parents, my teachers and all my little friends. (Stick with me, youll see where this is going.) When my mother died some years ago, all of this came rushing back when, much to my surprise, I discovered that she

had saved all my report cards.

Amidst my appalling grades in math and penmanship was a column quaintly labeled “habits and attitudes desirable for good citizenship.” (They said stuff like that during the 1950s.) Under the row for “neatness,” I scored straight red Xs. I was below even the minimum grade, perhaps owing to the fact that I stripped the tines off my official Mother of Perpetual Guilt and Suffering comb to make blow darts. There were also urgent notes from the Franciscan nuns who ran the place, reporting that all attempts to civilize me had failed. A recurring sentiment in these notes haunted me throughout my academic career: “Paul is capable, but consistently fails to apply himself. His attitude needs improvement.” They could have just as easily appended another note, “Hell make a great editor for Aviation Consumer someday.”

And that would be more or less my general explanation for Peter Rejtos question in this months letter about how we can complain that a plate viewer is too small to see the entire plate, then bitch about it being too big if it does. Its not so much that all attempts to civilize us have failed-although they probably have-its just that our job is to find the Goldilocks zone: Not too big, not too small, not too expensive, not too cheap-everything just right. Thats what subscribers pay us to do in our reporting.

Van West wrote the SolidFX report, by the way, not me. I feel certain that his academic career is a dreary exercise in overachievement, neatly delineated by the strings of straight As that crumped the curve for those of us trying to slide by with low Cs. But this failure to grasp the really important things in life has not kept him from applying critical thought when it is needed.

When Aviation Consumer appeared in 1971, it launched into a different aviation universe. The industry was booming and the aviation press was a pack of lapdogs that never saw an airplane it didnt like. Thirty-seven years later, the industry isnt booming and although there are fewer dogs, theyre still lap sized.

So our place is to cut through the usual PR bull that attends many products. If we like a thing, well say that. If we dont, well say that, too. If its in between, so be it. It gets harder to do this with each passing year. We are fully aware that what we say in these pages has real impact on companies and the people who work for them. We do not offer our critiques lightly for we, as does everyone else, want these companies to survive and prosper. But our first loyalty has always been and must be to readers.

Given the grim economics of publishing these days in a world driven by markets in which readers expect everything for free, preparing critical product reports is also more challenging than ever. But we carry on because its needed, its fun to do and there is still a place for it. And I am, after all, a guy who got through second grade with a toothless comb. After that, all things are possible.-Paul Bertorelli