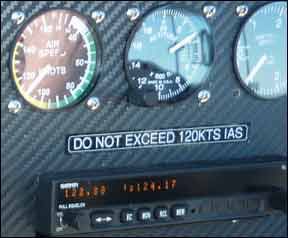 When I travel around and visit various aviation businesses, a common complaint is how difficult—and expensive—it is to move a certification project of any kind through the FAA. The smaller the company is, the more stressful the process is because major companies like Garmin and Cessna cast a darker shadow and have the staff who can spend time doing nothing but jumping through FAA hoops. Small companies can’t afford that.

When light sport came along, the idea was to spur innovation by getting the FAA out of the loop and letting manufacturers do their own approvals with loose oversight by ASTM International.

But has it worked? I’m beginning to think it has. First of all, I don’t hear any bitching about ASTM’s oversight, nor do I hear complaints about the FAA meddling where it agreed not to. There are two reasons for the latter, I think. One is that surprising as it might seem, some people in the FAA actually believe in the LSA idea and want it to succeed on the terms originally agreed to. The other reason is that light sport isn’t much of a career path for an ambitious FAAer. The really committed apparatchiks gravitate to the multi-million dollar three-letter programs whose length stretches directly to retirement.

So that leaves the LSA industry to flourish or die on its own merits and I think it is doing just that. In this month’s issue, we’re looking at the Renegade Falcon, a nice, sleek and fast design. But what I found most interesting is how one little company, of its own accord and without much money, jollied along Lycoming and Precision Airmotive to come up with a fuel injection system for the IO-233. It remains to be seen if this powerplant will give Rotax serious competition, but it’s nice to see someone trying.

The development was done over a series of months, free of FAA oversight that would have telescoped the time to years and cost something in the high six figures. Instead, the project just perked along and was flying before any of us realized it was even underway.

Let’s hear it for free enterprise and competition, unhindered by the heavy hand of government. Having said this, I have heard two complaints about the ASTM process. One is that the companies involved are putting the system at risk by not taking the required production recordkeeping  seriously and that some of the models are bending the rules.

Well, maybe. But I’m not getting my pants snagged on this and I don’t think anyone else should, either. For example, like a lot of LSAs, the Falcon has a placard that limits its level flight speed to 120 knots indicated. But with the right prop—one that’s readily available from the manufacturer—it will probably easily exceed that. I ride a motorcycle that will do 155 MPH, but I don’t ride that fast. That’s my decision and it’s the same deal with a slightly too-fast LSA. The limit is a nice guideline, but it’s arbitrary and up to the pilot to observe. Or not. That’s as it should be.

Similarly, Renegade’s Doc Bailey favors LSAs being used for IFR and as a manufacturer under ASTM, he has all the authority he needs to make that happen by POH amendment. That’s as it should be, too.

The only worry here is that this heady freedom will get out of hand or lead to abuses that result in accidents serious enough to either have the FAA intervene or to result in regulation by the plaintiff’s bar. Or both. For the time being, I think there’s little risk of either. The market may be anemic and demand for LSAs may never boom quite the way some figured it would, but the underlying idea seems to do what was intended and if that’s all it does, I’ll take it.