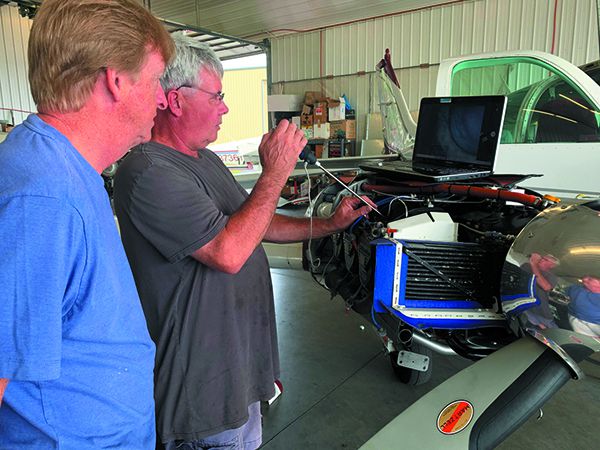 I’ve been around enough maintenance hangars over the years to see plenty of disasters waiting to happen—and ones that already have—but might have been avoided if pilots knew what was going on under the cowling. That’s why I took an interest in Airplane Engines: A Pilot-Friendly Manual from Pilot Workshops. If you’re familiar with the company’s other material (print and video) you know the subjects are presented in a straightforward way that cuts to the chase, and even better, are made to reference in the cockpit when workload is high.

The latest 125-page spiral-bound engine manual (it’s also in PDF format) is written in a task-oriented format supplemented by useful graphics and good photos—lots of them—to support the goal of operating the engine for best performance and longevity. Both are areas of deficiency, especially when stepping up to turbocharged, high-output Continental and Lycoming engines. And, there’s often a communication breakdown between pilots and mechanics that can surely be improved (ultimately saving troubleshooting time and money) if owners knew what they were seeing on engine monitors, hearing and feeling in the seat of the pants. I think the manual has a logical flow, starting with an engine tour of major components, and core skills required to properly decipher a graphic engine monitor. I’ve seen buyers drop real money on gee-whiz monitors but simply don’t know what they’re looking at on the display. There’s also guidance on downloading the trend data—a worthwhile task that sometimes gets dropped.

The preflight and engine startup section goes deep, and there’s a lot to cover—from the correct way to check and add engine oil, to sumping the fuel tanks. There isn’t a pilot who hasn’t struggled with hot-starting a fuel-injected engine (with the outdoor lunch crowd as an audience) or cold-starting one with a carburetor, so the manual offers tips for priming and getting Continental and Lycoming engines to light off without grief. And when you botch it and flood it with fuel, the manual runs through the procedures for clearing it up—without smoking the starter in the process. What I really like are the engine-specific starting nuances. As one example, the manual points out the most common mistakes associated with failed hot-starts on most injected Continentals, which is not running the vapor purge process for long enough. More boost. Leaning for taxi, high-altitude takeoffs and descents, cycling the propeller, clearing fouled spark plugs and checking the ignition system are part of everyday ops, but they don’t always go as planned. The flight operations section has it covered, and it includes both normally aspirated and turbocharged engines, LOP/ROP leaning and understanding the “danger zone” for mixture settings. Truth is, there’s no one way to lean for cruise but the manual can help you fine-tune a procedure that works for your engine, and find ways to help keep the engine out of the maintenance hangar as you learn what works—including erring on the side of burning extra fuel to avoid the risk of roaching cylinders.

Turns out the manual can be good for troubleshooting. As one example, induction leaks can be common, but not often recognized. The manual talks about visual cues (blue stains on the induction manifold) and the simple process of turning the propeller backward while listening for a puff of air in the engine bay, plus looking for an RPM rise when pulling the mixture to idle cutoff. There are tips for preheating, troubleshooting faulty temp probes, breaking in new engines and cylinders, tips for preserving low-use engines and even advice for buying an airplane that hasn’t been flown often. Do you know how to remove an engine cowling? For some models it isn’t as easy as you think and the manual talks about it. This really is the most focused of the DIY tech manuals I’ve seen. If it lacks content, it might be transitioning to turbine engines, but that could fill its own book. For piston ops and for $49.95, I think every pilot can learn something from this well-done manual. I did. Find it and other well-done material at www.pilotworkshops.com. —Larry Anglisano