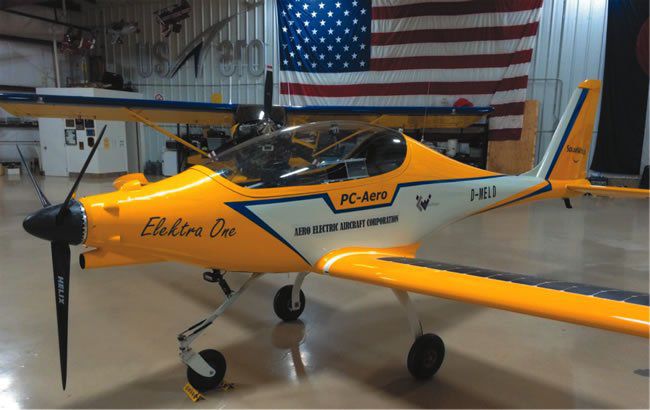 As a motorcyclist, Ive been watching with interest new electric motorcycle technology. With e-bikes, its easy to hit high points in styling, handling and even speed, but endurance is another matter. Most models dont appeal to road trippers and performance riders, but there is some interest for short urban commuting. Pondering Harley-Davidsons LiveWire electric model, it has plenty of cool-factor to consider adding it to a collection, but as a primary rider, I think its going to be a tough sell. If thats the case, it might appear the Motor Company has a marketing challenge on its hands. Heck, the old-school Harley demographic still resists liquid-cooled engines.

As electric aircraft emerge, a similar identity crisis looms. With an approximately three hours of endurance between charges, and Piper Cub-like cruise speeds, will an e-plane be a hangar toy or a workhorse?

Thats what I asked George Bye, the CEO of Aero Electric Aircraft Corporation (AEAC), the company working with engineering partner PC Aero, GmbH on the Sun Flyer solar-electric aircraft. While hes numb to the chiding about airborne extension cords, Bye believes the progression of electric motor, battery, solar and composite construction technology has finally reached a level where an e-plane can be the game-changing next generation trainer.

When asked what kind of sales volume he expects from the plane that might end up in the $190,000 price point, Bye noted that more expensive factory- new Cirrus, Diamond and Cessna trainers sell in low quantities and thinks the Sun Flyer can do better. After testing new and cheaper 250-Wh/kg battery packs, Bye said the Sun Flyers endurance is well-suited for training flights.

AEAC estimates direct operating costs at $4.65 an hour compared to $74 per hour for a Cessna 172, accounting for maintenance and fuel, although you certainly wont see the e-plane advertised at five bucks an hour on the school rental board. While not pitched as an LSA, the targeted weight is at the 1320-pound LSA limit. LSAs havent fared well in the hands of ham-fisted students and Im not sure the landing gear on the Sun Flyer will be more forgiving.

In its well-received initial pitch to the FAA, AEAC has already defined the airplane as a two-seat, parachute-equipped primary trainer, worthy of a standard airworthiness certificate for day and night VFR, and one thats an economic imperative for a new breed of students. Bye defined them as career-focused student pilots aiming for jobs flying turbine equipment, although hes not dismissing the appeal to flying clubs and owners looking for a weekend toy. Spartan College of Aeronautics and Technology signed on to reserve a set of Sun Flyers to offer primary flight training to students. The college was founded in 1928 and is a respected trade school for aircraft maintenance, avionics and flight training-seemingly a good launch customer, in my view.

At first look, the Sun Flyer has no shortage of gee-whiz appeal for the targeted younger generation. AEAC displayed the single-seat prototype at AirVenture last summer and its sleek composite airframe glossed with bright yellow paint attracted sizable attention from kids and adults alike. Ashley, my teenage daughter and student pilot, gave it the nod for styling and said she would fly it. And while her head is spinning learning to hot-start a fuel-injected Continental, operating an electric motor could be less stressful. But is an electric trainer a logical stepping stone to operating a turbine? Bye thinks it is, comparing engine ops to that of single-lever-control Jet-A-burning diesel engines.

AEAC plans to have the two-seat version of the Sun Flyer at AirVenture 2015 and continues to flight test the single-seat version from its home base at Cent- nial Airport in Colorado. Its too early to know if electric planes will have enough market appeal, but like Harleys LiveWire e-bike, the Sun Flyer e-plane project has enough cool toy factor to pique my interest.