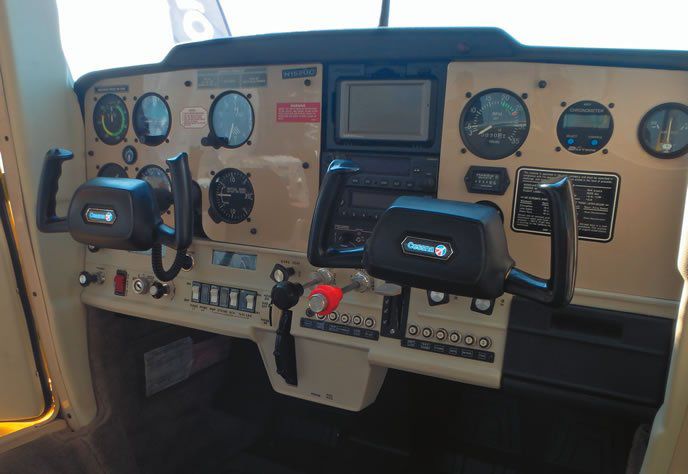 Affordable aircraft is the name of a developing niche market that made its debut at this years U.S. Sport Aviation Expo in Sebring, Florida. The annual LSA show was even rebranded the Affordable Aircraft Expo, and includes older Part 23 certified airplanes fully or partially rebuilt to like-new standards. If it sounds like competition for the LSA market, it is. Sacrificing high-end avionics in favor of basic steam-gauge instruments and minimal radio stacks can drop the price of a basic refurbed model below the critical $100,000 price point-a target that many advanced LSA models miss.

One example is Aviats Cessna 152 refurb, branded the AOPA 152 Reimagined. AOPAs Jamie Beckett told me the airplanes $64-per-hour operating cost is a selling point for flying clubs and individuals who have all but given up on ways to fly more affordably. Its also a return to simplicity; no high-end avionics with intimidating feature sets. Based on the comments I heard around the airplane, such simplicity is welcomed.

Imagine a pilot that stopped flying 20 years ago and has been reading about PFDs, MFDs and other sophisticated systems. That pilot might be out of their element, but this round-gauge-equipped 152 is what older pilots will remember, Beckett said. There was no mistaking the presence of an older pilot demographic at the show. Nearing 50 years old, I was one of the younger pilots in the crowd. Thats the rub with the developing affordable aircraft market and it has everything to do with FAA Third Class medical requirements.

Compared to LSA models, affordable refurbs wont help pilots facing FAA medical certification issues-a situation that brought many pilots I spoke with to the show. I ran into my friend Mike Evans, who was eyeballing LSA models as a fallback in case he runs into medical issues. Mike owns a Cessna 182S that he uses for distance traveling, and he used to fly biz jets for work. I could tell he was underwhelmed by the limited mission of the typical LSA.

I spoke with other pilots with similar sentiments, but who were disenchanted after dealing with the tiring process of obtaining special medical issuance. To them, an LSA is better than nothing if medical renewal isnt an option. There are no signs that Third Class medical certification is going away, so no matter how appealing and affordable a competing refurbed Part 23 airplane is, it misses the older demographic that cant get a medical certificate. Thats good for the LSA market, but not for buyers who cant or wont absorb the high buy-in cost of an LSA. These pilots will buy nothing.

I obey the FCC rules and limit my cockpit iPhone use to streaming Bluetooth music. I even mostly resist the urge to snap selfies. But a rough-running left engine on the trip home from the Expo in Sebring had me reaching for the phone to text Senior Editor Rick Durden, hoping he could find a maintenance shop in close proximity that could handle us late in the day.

With limited cell coverage at 9000 feet somewhere south of Savannah, the text message failed to send as I expected. I tossed the phone on the glareshield as we worked on a diversion. Some 20 minutes later, its screen came alive with a return message from Durden. Based on our progress seen on Flight-aware.com, he hooked us up with the folks at Aircraft Maintenance Services at Hamilton-L.B. Owens airport in Columbia, South Carolina. Exceptional service is worth mentioning and the crew at AMS has it going on. They quickly diagnosed the problem to a faulty GAMI fuel injector and even spotted and fixed a corroded connection on a temperature probe. In a couple of hours they had us back in the air for the trip home to Connecticut and the review of Avidynes IFD540, found on page 8 of this issue. I knew that overpriced phone was worth more than a cheesy inflight selfie.