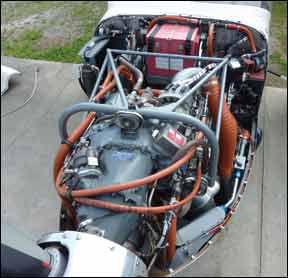 During my brief time as a freight pilot in the mid-1970s, there were almost no turboprops to be seen. In my corner of the world, it was either piston equipment where, loaded, you sagged into the air and clawed your way to about 8000 feet. That put you in midst of whatever weather was along your route. The only turbine option in those days was 20-series Learjets with their addictive rates of acceleration and climb and the pleasure of looking down at most of the weather.

About the time I was moving on to other endeavors, the first turboprop conversions of the Beech 18 were showing up on the ramp. The big power in a small package of those turbines fascinated me, but how the shoestring operators I knew could afford them was beyond me.

As years went by, I watched the “growler” Twin Beech become a rarity and learned that even with the large initial capital investment of turbine engines, the converted airplanes were cheaper to operate because of the long engine TBO and, as one operator told me, “I don’t have to surround the thing with mechanics after each trip.”

It wasn’t long before nearly all of the piston-powered working airplanes of Beech 18 size or larger were either converted to turboprops, scrapped or in museums. I wondered if such changes would be coming to smaller machines, Bonanzas, 210s and Malibus.

In 1985, I got to fly a proof-of-concept turboprop conversion of a Cessna P210 and marveled at the sheer performance of the thing: The rate of climb left the piston version in the dust and, down low, it could exceed redline in level flight. At the same time, I learned the grim reality regarding “trickle-down” of turboprop technology to airframes the size of that 210: Specific fuel consumption is significantly higher than piston power and the fuel itself is more than 10 percent heavier than avgas, so it’s very difficult to not only find enough room to put the needed fuel, but once you do so, there’s precious little weight left for payload.

In addition, because converting to a turboprop also included the never-ending quest for more power, it meant making structural changes to the airframe to handle the horsepower jump and changed vibration/harmonics and flutter environments, an expensive effort.

Yet, there were and are those determined to hang turboprops on smaller airframes. They have pushed the technology and the result, covered in more detail starting on page 16, is that there is a remarkably good selection of load haulers and personal transports.

During volunteer flying in Central America, I became acquainted with a man who owned and flew Soloy-converted Cessna 206s. He was never grounded for a lack of avgas. (Flying pistons, there were times I was parked.) Plus, as one who had spent my share of time sweating takeoffs from short runways in 206s and 207s, watching him blast off and climb out at well over 1000 FPM generated more than a little lust for that kind of performance.

In the utility airplane world, Soloy has found a good mix of power, speed, range and payload.

On the personal transport side, when you compare full-fuel useful loads between piston airplanes and their turbine modified brethren, there’s not a heck of a lot of difference. Range is roughly the same, but time to climb and cruise speeds are heavily on the turbine side of the ledger.

I don’t know what the future of diesels will be, but in a world where avgas is increasingly hard to find, and where 400 to 500 HP powerplants are desired, there are turboprop mods that fill the bill today.