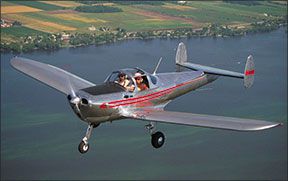 Many years ago, a wise aviator heard me comment that the airplane we were standing next to wasn’t cool. He quietly told me that any airplane that gets a person into the air and back down again safely is very cool because what’s truly matters is being able to rise off the ground and fly.

It took years for that to sink in because I was terribly guilty of all sorts of aviation snobbery. Along with many of my fellow pilots, I looked down my nose at airplanes that I didn’t consider to be fast enough for their power, or didn’t meet some undefined aesthetic standard or, heavens, had a nosewheel. As with most of the pilots I knew, I was guilty of aviation snobbery.

At a time when the cost of maintaining our aviation habit continues to rise at a multiple of inflation, aviation forums are wall-to-wall with pilots agonizing over the high price of flying, and my email box always seems to have a letter from a reader asking how to reduce costs, airplane snobbery is an expensive luxury—one that probably needs to go.

It’s a hard habit to break, but if a pilot can ignore airplane snob appeal, she or he may well find some bargains in the used airplane world.

I fully agree that the average tailwheel airplane is more capable of rough field operations than nosewheel airplanes; yet virtually every nosewheel airplane on the market does just fine on the vast majority of grass runways in this country. To add to that, I can’t help but notice that many tailwheel pilots I know almost never go into rough fields—it’s akin to the masses of SUVs on our highways that have never been off road. Why pay extra for something you never use?

On top of that, your chances of tearing up your airplane go up dramatically if it’s got the steering wheel in the back, which also means you’re going to pay more for insurance (and maybe even have a prohibition in the policy against using unpaved runways). So, you can pay less for a nosewheel airplane, be able to fly it on windy days when you’d leave the tailwheel machine in the hangar and pay less for insurance. Somehow snobbery seems counterproductive.

The other form of snobbery that is costing pilots money is that of deciding that an airplane doesn’t meet some intangible level of coolness. What pops immediately to mind is the Beech Musketeer/Sundowner/Sierra series. They are known for not being very fast, yet what is often ignored is how big and comfortable the cabins are and how nicely they handle—pure Beechcraft. As for speed, on the typical $100-hamburger run, a Sundowner will be entering the pattern as the American General Tiger, with the same engine, is taxiing in. Because the Beech is in the air slightly longer on that flight, it will probably burn a gallon or two more avgas. However, for the price difference between $47,000 for a 1979 Tiger and $34,000 for a 1979 Sundowner, the Beech pilot can afford to buy a lot of gas.

Perhaps it’s time to give a little more respect to the airplanes that don’t cost as much as the ones that have snob appeal. — Rick Durden