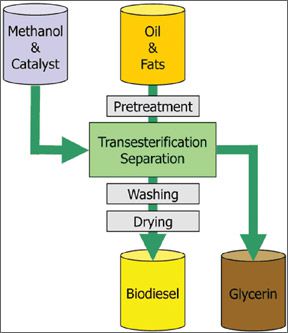 In my continuing quest to assure a fatal overdose of information about avgas, Ive been doing wider reading on the oil and energy industries in general. Ive plowed through several volumes, but the most intriguing is The Bottomless Well: The Twilight of Fuel, The Virtue of Waste and Why We Will Never Run Out of Energy by Peter Huber and Mark Mills. Notwithstanding the ridiculous subtitle no doubt written

by some publishing marketer trying to sex up a dense topic, the book challenges basic assumptions about energy and how we use it. Its theoretical stuff, but with reams of production data as factual underpinning.

It leads naturally to a worrying question: When will the world reach peak oil production and what will happen when it does? Huber thinks theres enough oil on the planet locked up in various forms such as tar sands to last a century or more, after which nuclear and some form of solar may be the dominate sources. In any case, theres more cause to worry about what hydrocarbon prices will do and less that well run out of them.

Aviation is, no surprise, uniquely vulnerable to the decline of cheap oil reserves for several reasons. One is that as transportation goes, its energy intensive. It takes a lot more BTUs to move a Cirrus at 200 knots than a Smart Car at 60 MPH. Second, and relating to a critical megatrend Huber and Mills describe, world economies are tilting rapidly toward the purest form of energy-electricity. Just look around. Hybrid gasoline cars are making inroads. Plug-ins that rely primarily on stored grid power, not a combustion engine, are appearing. Almost anything that can be electrified has been or will be. Electricity does far more in the modern airplane than it did even 10 years ago. The Lycoming IE2 we covered in the August issue has an electric prop governor, an electric waste gate and electrical fueling.

But what it does not have and what we cant see on the horizon is fully electric primary power. The electric airplanes were seeing now are reflections of the megatrend, but they are years from being anything other than curiosities. For the foreseeable future, airplanes will rely on liquid fuels of some kind. Hydrogen may eventually be a player, but for now, its gasoline and Jet A, a lot more of the latter than the former, as noted in the chart on page 5 of this issue.

Aviations third vulnerability is that piston airplanes and biofuels dont mix and if some version of peak oil actually occurs, biofuels will suddenly be not just attractive, but economic in ways that they arent now.

Take ethanol. (Please, take it…) The ethanol industry is a political distortion having nothing to do with the reality of energy markets. It has been foisted on the country by a political class willing to delude constituents with the misguided notion of energy independence in exchange for pork barrel subsidies. We cant burn it in our airplanes, nor can we use it even if mixed with gas.

Second, biodiesel. It sounds wholesomely green, but as oil prices soar and more of it finds its way into Jet A, the diesels we report on in this issue may be in trouble. Just as conventional airplane engines cant burn E10, aircraft diesels need a minimum cetane fuel. By happy circumstance, Jet A has that, but its not a required spec. But biodiesel may drive cetane down, depending on blends and sources. Jet engines dont care about cetane. Will the aircraft piston market ever be big enough to have the clout to force minimum cetane requirements on a cost-driven airline industry that doesnt care about it? You can easily answer that for yourself.

So, as the budding diesel industry gains momentum, we ought to be thinking now about how all new aircraft diesels can be dual-certified for Jet A and road diesel. We might also think about how to get road diesel onto airports so we dont repeat the mogas fiasco. -Paul Bertorelli