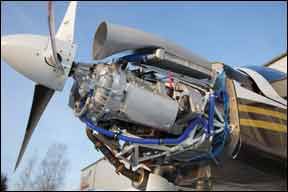 Given Aviation Consumers status as the only subscriber-supported, consumer-oriented publication in aviation, we are often asked to “get to the bottom” of certain issues. Some of these are mundane, such as comparing cockpit accessories or even writing about insurance, which were doing in this issue.

For me, the most difficult subjects are those in which buyers, owners or consumers report radically different results and perspectives when discussing the very same product. And so it is with this months follow-up report on the Thielert diesel engines.

Refreshing your memory, Thielert burst upon the scene around 2001 and got above ground when Diamond announced it would use the engines in the innovative DA42 twin. Thielert basically reworked a mass-production Mercedes-Benz sedan engine, stuck a gearbox and a prop on it and thus was born a modern-although not the first-aerodiesel.

Things went swimmingly forward, Diamond sold a bunch of twins and some DA40 singles and all was well. Until it wasnt. In late 2007, widespread maintenance and support issues came to light, Diamond and its customers were unhappy and by 2008, Thielert had gone into receivership, the apparent victim of a hopelessly optimistic business plan and horrible customer support.

Scrub the slider forward and where are we in 2011? Thielert claims to be profitable and it ought to be, given what customers are paying for engines and parts. Yet no buyer-evidently, not even the Chinese-has come forward to take the company off the solvency masters hands, so it chugs along more or less in stasis. Diamond went its own way with the Austro engine and thats what new DA42 NG airplanes are equipped with.

Against this backdrop, youd think there would be a lot of angry Thielert and Diamond customers out there. And there are. A group put together a small class to sue Diamond over the engine issues, but, surprisingly, many seem happy with the airplanes despite the engine shortcomings, which are considerable.

Despite having to rip gear boxes off the engine every 300 hours, change pumps and pay Thielert very high prices for parts-wire the money first, please-the owners I talked to have a grudging admiration for the diesel engines. They have proven exceptionally economical and although maintenance intensive, they are dispatch reliable, something many owners place high value in.

Some owners seem to so love the DA42 that the engines that power it are seen as a tolerable wart on the ownership experience. Although I heard complaints about Thielerts service and customer support-with a few brickbats thrown Diamonds way, too-I heard no complaints about the airplane itself. Thats a fairly remarkable outcome, given that some owners had their $600,000 airplanes beached for weeks, awaiting support from Thielert.

My view of diesels for airplanes remains neutral. I am just a little south of believing their market dominance is inevitable, despite the avgas fuel situation. Nonetheless, if the current state of play with Thielert is as bad as it gets in the diesel market, consider me encouraged. No sane person could consider Thielerts business experience a good one, yet the engine has survived this and earned a surprisingly satisfied, if not ecstatic, customer base. If that sounds a little like “doesnt suck that bad,” it probably is. Considering how many aviation startups sink without a trace, maybe its really a resounding endorsement.-Paul Bertorelli