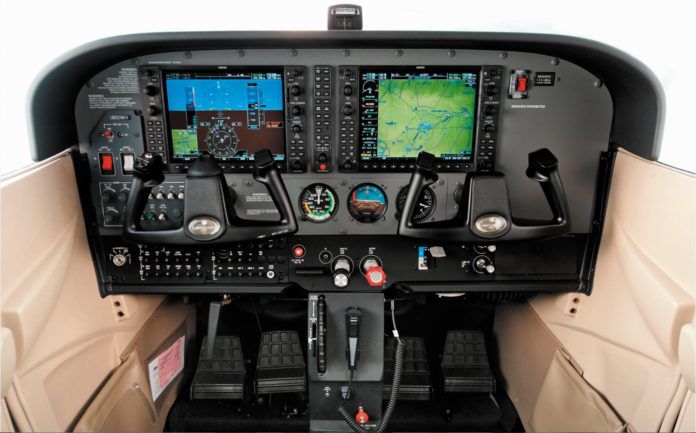 As we often do with products and companies—partly for our own cynical amusement—my colleague Paul Bertorelli and I were recently feeding off one another and poking holes in Garmin’s hugely successful G1000 integrated avionics. In case you haven’t been counting, the system turned 10 years old last year. In avionics life, that’s a geriatric zone, which was partly the nature of our chiding.

Then, a letter from a G1000 owner appeared in my inbox. Frustrated that his new airplane still doesn’t have an ADS-B Out solution, he said Garmin hit the G1000 snooze button because frankly, what incentive does it have to replace it when it owns the OEM avionics market? But as we report in the Avidyne upgrade article on page 4 of this issue, Avidybne’s full product line—including the R9 and now certified slide-in replacements for the fleet of Garmin GNS530W and GNS430W navigators—positions Avidyne to make a run at the market Garmin has owned for years.

At first blush, the surface of the scalable G1000 doesn’t look much different now than it did when it first appeared in Diamond’s DA40 back in June 2004, followed by numerous rapid-fire OEM applications—too many for my fuzzy memory to count. For a history lesson on what Garmin has done to advance the G1000 over the last 10 years, I reached out to Garmin’s senior business development manager Bill Stone.

In short order, the steady-talking Stone set me and the record straight that Garmin has deliberately put the G1000 on a slow and steady tempo of maturity, while pointing out that the system continues to serve just as it was intended: a weight-saving, high-tech, integrated glass cockpit to rescue a market long stuck in the age of steam gauges. Its weight-saving characteristics make it even more desirable for the light jet and turboprop markets. Still, I wonder what the G1000 might look like today if it had more competition. A touchscreen, perhaps? More retrofit potential?

It was around the launch of the GNS430 (1998) that the G1000 started coming together and remnants of the GNS430 live in the G1000 feature set today. As for the notion that Garmin is ignoring the G1000 to focus on grander products to serve the higher-end jet market, including the G3000 and G5000 integrated suites (likely the future face of the G1000), Stone said Garmin makes it a point to incorporate at least one new major function or capability to the G1000 each year, while hinting there is something big in the works. As for big G1000 milestones, there were plenty, all leveraged from the original computing platform that’s at least as old as the Internet.

In 2005, Garmin added the GFC700 integrated autopilot, initially certified on the Beech Bonanza and eventually to all platforms. A year later, the system got weather radar and TAWS-B terrain alerting, electronic charts/SafeTaxi and WAAS GPS. In 2007 the Cirrus-specific Perspective version arrived, followed by synthetic vision and a 1090ES extended squitter ADS-B transponder in 2008. TCAS and TAS active traffic alerting came in 2011, followed by major rotorcraft interfaces in 2012. Georeferenced electronics charts, VNAV capability and a maintenance datalogging computer came in 2013. Garmin is now finalizing the GDL88 ADS-B and Flight Stream wireless interface. Stone reiterated that WAAS G1000s have TSO for mandate-approved ADS-B Out (and that the G1000 always had a Mode S transponder), but it’s a joint effort between OEMs and Garmin to add the ADS-B capability to the aircraft type certificate.

Perhaps Bertorelli and I were a little tough on Garmin’s aging G1000, but I still think the market is ready to embrace the next-gen glass cockpit. While Garmin isn’t a company that announces a new product before its time, you can bet it’s long been powered up at Garmin’s metropolis.—Larry Anglisano