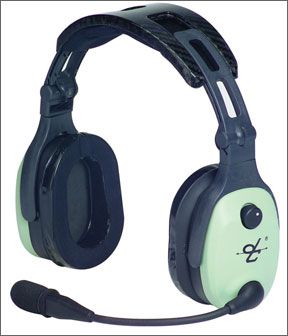 Global competition hasnt so much flattened the world as it has reduced the place to a sort of desert. In some markets, youre doing well to hold your own against the other guy, never mind finding new business. This is intensely true in general aviation where-lets all sigh together here-the universe is in decline. What that

means is that if every decision a business makes isnt the right one, it had better not make too many wrong ones.

An example of the latter came to my attention as this issue was going to press. Not to put too delicate a point on it, but Im about to describe one of the most bizarre business decisions Ive ever seen. Recall that for the May issue, we worked closely with Gulf Coast Avionics to prepare an exhaustive report on ANR headsets. We picked Gulf Coast as our partner in this project because we know it to be a stand-up company that deals honestly with its customers and suppliers and wont mislead them just to bump up sales. We did this for a reason: We wanted solid, competent industry representation in our trials so the process would be transparent in case our findings were accused of bias. Further, we wanted a vendors-eye view of the headset market. What sells well? What doesnt? What do customers say? Which products are most frequently returned?

In the case of headsets, the answer to that last question turned out to be the David Clark X11, the companys flagship ANR headset. This headset didnt do well in our trials. When we asked Gulf Coast about how many X11s are returned from unhappy customers, they told us quite a few. Gulf Coast gave us an honest reply and their experience isnt unique. Checks with three other major vendors revealed a similar pattern. One reseller said that 21 percent of X11s had been returned. “We cant make money with this headset,” one said.

Now, Ive just learned that David Clark has cancelled Gulf Coasts dealer contract for “no longer representing David Clark…appropriately.” Is that decision directly related to our report quoting Gulf Coast? We asked David Clark and so did Gulf Coasts Rick Garcia. David Clark wont talk about it. You can draw your own conclusions, but Im not nave enough to believe this is just happenstance. Gulf Coasts bills were up to date and its sales of David Clark headsets amount to six figures annually-maybe north of 600 headsets a year. In other words, Gulf Coast is a major outlet for David Clark. Now, Clark has decided to discontinue a relationship thats clearly mutually beneficial.

What to make of this? In a competitive world, companies have to make business decisions that serve their own interests. In my view, David Clarks decision to drop Gulf Coast serves no one-not Clark, not the customer, not the industry. These days, when a product is found wanting, smart management asks, “How can we make this better? What do we need to do?” Shooting the messenger has been, is and always will be the shortsighted response.

When you smack down a vendor, the vendor will simply sell a competing product-of which there are many. You dont get those buyers back. Instead of loyal, repeat David Clark owners, they become loyal Bose, Telex or LightSPEED customers. This baffling attitude towards sales and marketing is, I suspect, one reason why David Clark has lost so much of the market it once owned. Yet, as this months follow-up review notes, Clark still knows how to make a good headset, just not an ANR headset, in my estimation. I see no reason at all why it couldnt make a top ANR model, given the companys long experience and success. But it wont get there with its head in the sand. The guys in the executive suite need to honestly listen to customers and vendors and then react.

With that in mind, Im offering this open invitation to David Clarks management: Send a representative down here to fly with us with the very same headsets we tested against the X11 and fill out the evaluation sheet. Ill even pay the airfare myself. I will throw in a steak dinner. I challenge you to arrive honestly at conclusions different from those we published.