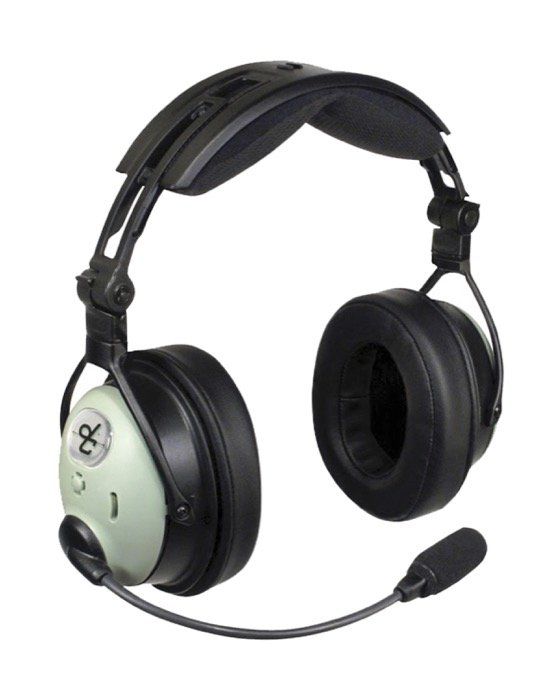 I read Larry Anglisano’s First Word commentary about the shrinking ANR headset market in the August 2017 Aviation Consumer and was surprised that the $895 David Clark DC One-X, launched in March 2016, was not mentioned among the others in the premium headset category.

In developing this headset, it was certainly our intention to target the premium ANR headset market and the success of this product, as well as the response from the pilot community, confirms that we hit the mark.

The One-X has features not found in other top-tier aviation headsets currently on the market. These include hybrid active noise reduction, a 50-hour battery life, the temperature-managed Outlast headpad material, a nighttime dark mode that disables the set’s LED lighting, a folding compact design that weighs 12.3 ounces, plus the set has TSO approval.

I think the product has established itself as a formidable competitor in the premium ANR headset market.

The company’s $695 Pro-X model was mentioned in that commentary as a credible player in the premium ANR market and we think it has an advantage with a lower price point.

We found David Clark’s flagship One-X to be mostly a good performer—but with slightly stronger clamping forces than the Pro-X—when we reviewed it in the May 2016 Aviation Consumer.

I can solve the Bose versus Lightspeed debate, but you’ll have to spend some money: Buy one of each.

Some passengers in the back seat of my Mooney seem to like one over the other, which is right in line with Anglisano’s advice: You have to try these things before buying them because your choice is usually based more on personal fit than the company that makes them.

I love having you guys in my Rolodex when stuff like this happens. Last year at Oshkosh, the rep from Spot sold me two tracking devices based on a generous rebate program and a referral discount to offset next year’s annual fee. I bought in because I thought it was a great idea to put one of these in each of my airplanes so anyone interested could see where the airplane was.

The deal: Buy a Spot Trace for $99.00, sign up for a year and then if you buy another Spot Trace, they would knock 20 percent off the next year’s renewal, at $99.00 per year. If you refer five people, the ad says you get a year for free. Not so fast. I got an email from Spot saying that they were going to charge $14.99 for satellite upgrades and raise the renewal fee to $149 per year. Spot pulled the rug out from under anyone who bought more than one device—or referred a friend—by raising the price well above any discount promised. I called multiple times to object, but everyone on the other end of the phone was unsympathetic and powerless to do anything.

I still get my discount, but raising the price 65 percent in one year erases the promised discount—which is why I bought the thing in the first place. It seems like a bait-and-switch rip-off. It’s not the money as much as the principle that annoys me and I bet other Spot users are too.

We asked Globalstar (Spot is a wholly owned subsidiarity of the company) to comment on this. According to Erica Kelt in the company’s public relations area, there was indeed an untimely price increase (“the first since 2007,” she said) to cover network and infrastructure improvements and upgrades.