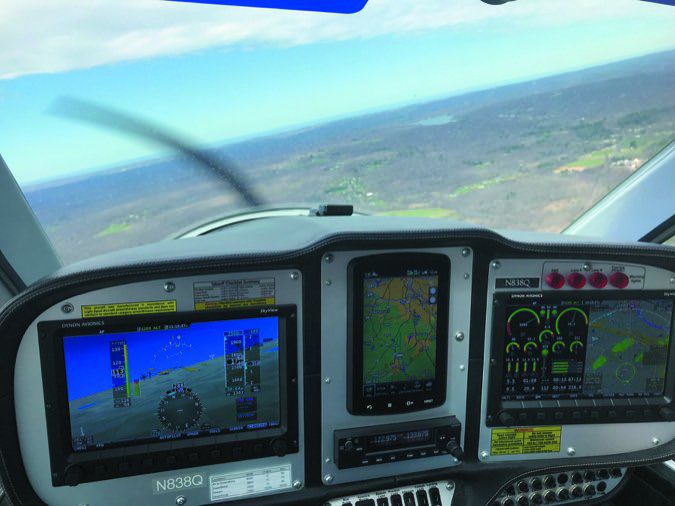 Paul Bertorelli’s article on LSA accidents in the August 2018 Aviation Consumer was a fair and balanced look at the relative safety of S-LSA models compared to non-LSA ones in similar use. While this report separates nonsense from truth, I have several comments.

The time period used to examine the fleet safety was appropriate as it was the most recent, but by coincidence put Flight Design at a statistical disadvantage due to the fickle finger of fate. We went for a decade without a fatal accident in our then largest S-LSA fleet—something we never talked about publicly, as it was too precious and too fortunate to risk avarice by promoting the fact.

The fatal accidents we have had fall into two categories: typical accidents and rather unusual and unexplained ones. I have participated in almost every one of these NTSB investigations, gaining 30 years of experience with these airplanes, including a time when the company was manufacturing kits. The time period between 2014 and 2017 was rough for Flight Design and 2016 in particular was a witching hour for the whole S-LSA industry, with almost three times the statistical average of the years before and after. As was said, the fleet numbers, particularly by type, are so small that there is a lot of uncertainly in the ability to predict much from the raw data.

Regarding the overall accident rate: We have had more than our fair share of incidents and Paul’s research and analysis is correct.

In our defense (which he mentioned), our planes were adopted as trainers early on and took the arrows of the learning curve of the sport plane business in the U.S. As a result of the early experience with the CTSW, Flight Design developed the CTLS to fit the needs of American pilots and flight schools. We had a good thing going with the Flight Design Flight Centers, with 24 operating at the height of LSA enthusiasm.

For all of the incidents listed, the injuries are very low. A carbon fiber egg is a good dwelling for occupant crashworthiness. From the leadership in Germany to the dealer level, we have tried to equip our planes with the most advanced safety equipment available.

A rigid carbon fiber cockpit, a standard BRS parachute system, the early use of electronic flight instruments, plus our attention to COSM (Continuous Operational Safety Monitoring) and participation in the ASTM F37 process. The list is long.

I’ve always said that it takes between five to 10 hours for a current pilot to properly transition to such an aerodynamically clean, low-mass aircraft. Many experienced pilots scoffed, telling me how many hours they had and what they’ve flown, but it’s really much like a tailwheel transition. I know few pilots who’d hop into a Piper Pacer without transition training. For many Flight Design buyers, it’s usually their first time with an integrated glass cockpit, operating a Rotax engine and also using a control stick.

We will make it as convenient as possible to qualify those instructors consistent with the demonstrated ability through a short qualification process.

Last, early on our Florida dealer and current consultant John Hurst rang the alarm bell and created a Flight Design transition training syllabus, which we have strongly recommended pilots use to demonstrate competence, even after passing a checkride.

The training syllabus can be found attinyurl.com/ya6lcbe9.

I am looking to buy a Piper Lance and am wondering what is the best way to find a reliable and knowledgeable mechanic to do a prepurchase inspection at some of the places that the planes are located. I was also wondering how much a pre-buy inspection should cost. I realize that there are a number of variables, but a ballpark number would allow me to plan for the purchase.

If you’re serious about this (or any aircraft) I would bring your own trusted mechanic, if you have one. It’s generally worth the expense. The idea is to find a neutral third party who has no history with it or any interest—personally or professionally—in the sale. You’d be surprised how many do.

If that’s not an option, look for a shop in the surrounding area and ask if they have any techs experienced with the model. A Lance is straightforward—nothing unusual about it.

As for cost, it’s tough to say. Some buyers follow a basic annual inspection. For inspection only on that airplane, perhaps under $2000, but get a labor quote first.