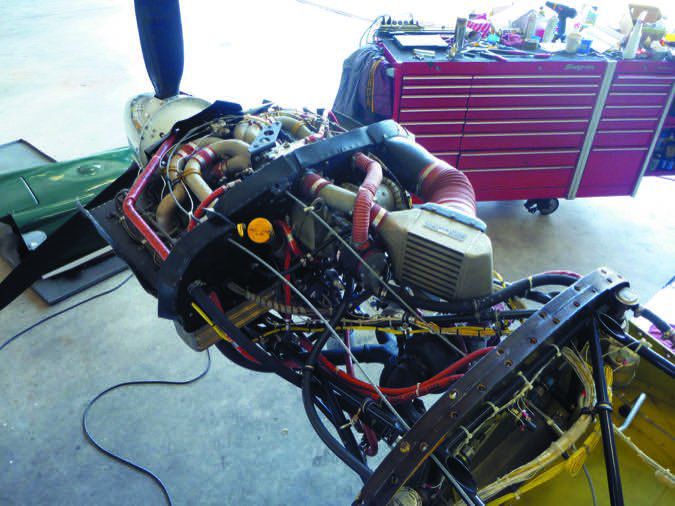 A colleague faced with an engine swap on his Baron recently asked me a tough one: Will a factory remanufactured engine—as opposed to a quality field overhaul done by a respected shop—greatly influence the resale value of the aircraft? Moreover, will the Baron be more difficult to sell without factory engines? The quotes he got showed almost a $10,000 delta, per engine, between a field overhaul using new cylinders and a Continental reman. Before hitting the pavement and asking several industry pros to weigh in, we threw the question out on sister publication AVweb.com to see what readers would do. The results were predictable.

Roughly 51 percent (328) of the respondents said they didn’t think a factory engine would matter to a buyer as long as the overhauled one is well within the TBO and has thorough logbooks. Still, 20 percent of the respondents were more concerned about the perceived support and quality than about resale value and said they would spring for a factory engine. Nearly 10 percent weren’t prepared for the possibility of an engine replacement or overhaul and said they would sell the aircraft before doing anything. I once helped a friend sell his Baron with runout engines and props. Boy, talk about the proverbial giveaway.

To see how it might counsel its members faced with such dilemmas, I asked the American Bonanza and Baron Society. According to Thomas Turner, the executive director of the ABS Air Safety Foundation, a factory engine on a Baron or Bonanza “generally contributes to a higher resale value than a field overhaul,” he said. Turner acknowledged, however, something we know from prior Aviation Consumer engine shop surveys: There are wide variations in standards, quality and customer service from one shop to the next. A top shop that turns out a quality overhaul with excellent documentation of whatever it included in the job should carry more value than a field overhaul with lesser documentation from a one-man shop. Make no mistake, this isn’t to say that many small shops don’t turn out seriously high-quality engine overhauls. But I think name recognition has a lot to do with perceived quality—or lack of—and can affect the buying decision. Still, there’s more to the decision than where you source the engine.

Consider that a factory reman is a zero-time engine with new logbooks and a new serial number. The engine is essentially indistinguishable from a new one, except the reman engine may include some used parts as long as they meet as-new tolerances. But pistons and crankshafts, for example, generally won’t be used in a factory engine regardless of specs. Accessories like mags, alternators and prop governors are remanufactured to zero-time tolerances. A point to understand is that while a field overhaul resets the time since major overhaul clock, it will never erase the used engine’s total time in service. Additionally, the overhaul may not include any work to the accessories.

As for real-world resale prices, every airplane sales professional I spoke with felt that while a low-time factory engine is certainly desirable to many buyers and could outsell a similar aircraft with a field overhaul, few buyers are willing to pay a premium for it in the current market. Fred Ahles, president of the respected Premier Aircraft Sales in Fort Lauderdale, Florida, said that while a factory reman engine might have a wider target audience, his firm has no problem selling aircraft with engines overhauled by “big name” engine shops (he specifically mentioned Certified Aircraft Engines in Opa Locka, Florida) that use factory-new cylinders—often an upcharge from the basic overhaul price. Another shop that consistently came up was Zephyr Aircraft Engines in Zephyrhills, Florida—a top-ranking shop in our prior surveys.

In the end, you may not care at all about perceived resale value, but more about downtime. In many cases it will be quicker to get a factory engine back on the aircraft than sending yours out for a field overhaul. For some, the sizable price premium to get back in the air sooner is worth it.