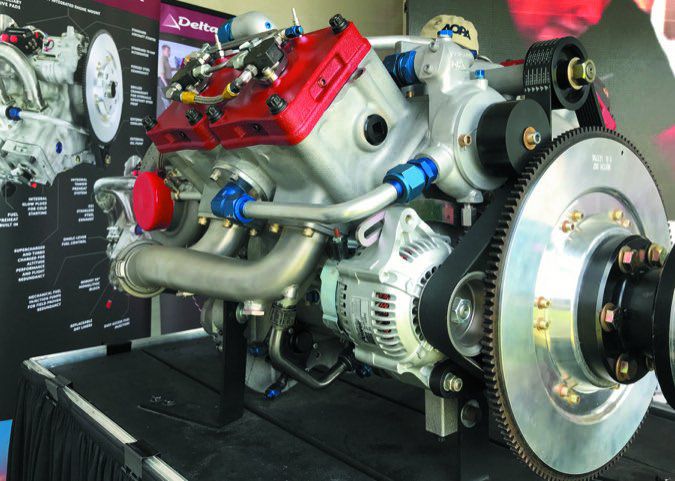 You know, I’ve been trying to keep my mind open to Jet-A-burning diesels finding their way in the U.S. GA market, but so far it’s been easy to shrug off the notion that the typical engine buyer has a real need for one. Most recently Textron canceled production of its diesel-powered Turbo Skyhawk JT-A, not a year since earning both FAA and EASA certification. The 155-HP Continental CD-155 turbodiesel powerplant is still offered to buyers directly through Continental as an STC’d installation for existing Skyhawks, but whether Textron had buyers or not for the JT-A Skyhawk, it’s still a tone-setting setback. Officially, Textron said the decision will help streamline its production process. It’s not tough to read between the lines.

Weeks before AirVenture at Oshkosh this past summer, reader Rick Stanton called and asked if I could report on the DeltaHawk DH180A4 engine, since he was seriously noodling the idea of transplanting one in his Skyhawk to replace his timed-out engine. That jolted my memory to follow up with Wisconsin-based DeltaHawk because it originally said its four-cylinder, two-stroke diesel would be certified by AirVenture 2018. That didn’t happen, so I made tracks to the DeltaHawk display at the show where the company was showing an enhanced 180-HP version of the engine that it has been testing on a Velocity V-Twin experimental airplane.

DeltaHawk CEO Christopher Ruud admitted that the company put the brakes on the project (even backing away from the STC process), but a shot of funding boosted the company’s workforce to 35 employees (from three), plus it allowed some developmental changes to the DH180 series. The direct-drive engine (shown in the photo above) has a dry weight of around 340 pounds including the turbocharger, the exhaust and accessories. I eyeballed the engines as installed on the Velocity and they’re a lot smaller than the Lycoming engines that came off. That means smaller, lighter cowlings with less drag. There’s no Fadec on the DeltaHawk diesel, but instead mechanical fuel injection. Based on its testing to date, DeltaHawk says the 180-HP engine (which can be configured in 160- and 200-HP versions) burns 7.5 GPH at 75 percent power. Recent improvements include more glow plugs, better liquid cooling and a different bolt-on head structure. DeltaHawk isn’t really talking about the final selling price of the engine, but it will certainly be more than a typical overhauled Lycoming IO-360, as just one example. The initial STC will be for Cessna Skyhawks.

Ruud, who has lengthy experience in the turbine engine world, has a lofty goal of certifying this engine without a TBO. He told me that DeltaHawk has demonstrable data that proves it can monitor the engine for on-condition overhauls. Since 2000 hours has become the general magic number for aircraft piston engine TBO, Ruud believes that’s easily obtainable given the robust nature of diesel engine tech, citing the widespread use of diesels in the trucking industry. He’s right in that there are fewer moving parts and less complexity in running a compression ignition system rather than with spark ignition, plus there are no electronics needed to run the engine. The first thought that came to mind was a drone application for the DeltaHawk engine and my instincts were right.

One of DeltaHawk’s business models is indeed U.S. military drone applications and the fact that these engines can be built in Wisconsin is an advantage under the current government, in my view. Yes, President Trump likes stuff that’s built in the U.S. and Ruud knows it.

But Ruud admitted something most of us already knew: Demand for diesel airplane engines is much stronger outside of the U.S. and over 60 percent of the inquiries for the DeltaHawk engine are from overseas buyers. Does that answer the question in the above headline? You draw your own conclusions, and in the interim I’ll keep tabs on the DeltaHawk engine’s certification status and we’ll report on the progress.