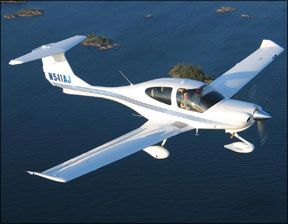 Give pilots and aircraft owners credit for one thing: It takes a strong constitution to remain functional and focused when the avgas truck creaks to a halt and you realize that what you thought was a 5 on the price placard at 100 yards was actually a 6. So you whimper softly and pay the man, perhaps salving yourself with the idea that the new Jet-A burning airplanes will make this nightmare go away. But will they really? Are diesels that much more efficient than gasoline engines?

Yes, possibly. But it depends on the engines being compared. When it comes to efficiency, Lycoming and Continental are not created equal. But the larger issue-  and whats driving the Jet A piston revolution-is that Jet A-burning pilots (piston or turbine) neednt get their pants snagged worrying about their fuel being phased out in 10 years. They can also count on it being available in every country on the

To put some numbers on this, we recently collected some diesel fuel and operating cost data from a Diamond DA42 Twin Star and bored into the perfect diesel vs. gas comparison: Diamonds Lycoming-powered DA40 vs. its Thielert-diesel powered DA40 TDI.

Fuel efficiency is a slippery concept when applied to airplanes, partly because our frame of reference is automotive mileage. In the U.S., average real world automotive fuel economy for cars is about 22 MPG, according to

Consumer Reports. So for most us, 12 to 15 MPG may be unimpressive, while anything north of 30 MPG is good.

In airplanes, we think in gallons per hour related to some particular cruise speed, but with avgas in the $4.50 to $6.50 range, fuel flow looms largest. If placed on equal footing with cars and with speeds corrected to statute miles, airplanes get similarly disparate fuel economy, with the worst under 10 MPG and the best-usually experimentals or diesels-delivering 20 MPG or better.

Not to be discounted is the speed factor. Its one thing to cruise in an SUV getting 16 MPG at 75 MPH and quite another to be in a Cirrus doing 240 MPH at 12.5 MPG. While fuel mileage is a valid way of looking at efficiency, the better way is to examine fuel specifics or brake specific fuel consumption. This is a shorthand and accurate way of comparing engine efficiency because it considers only energy in and power out, without distracting variables such as drag and weight. BSFC is expressed in pounds of fuel burned per horsepower per hour. If an engine burns 10 gallons per hour and delivers 130 HP, its BSFC is .446-not bad, but no award winner, either.

When various BSFCs are compared, airplane engines look surprisingly efficient, especially Continental six-cylinder models such as the IO-520 and IO-550 series. Best case, these engines are capable of BSFCs as low as .385 or .39, with .40 easily achievable in real world conditions.

This assumes lean-of-peak operation and near wide open throttle, allowing the engine to deliver peak volumetric efficiency. Large displacement Lycomings dont seem to do quite as well because they dont run as smoothly lean of peak and if operated according to the factory specified rich-of-peak leaning recommendation, a 300 HP IO-540 operates at a relatively gluttonous .45 to .50 BSFC.

Curiously, although the best cars get terrific fuel economy, their engines arent impressively efficient, running in the .41 to .44 BSFC range. This is largely because car engines operate in the least efficient band of their torque range, delivering only a fraction of their peak torque with a partially open throttle, which creates pumping losses. By comparison, airplane engines operate near their most fuel-efficient peak torque values, with throttles nearly wide open.

seem more economical because an engine operating at a BSFC of .42 and making 25 HP to hold highway speed burns under 2 GPH, while an airplane making 225 HP at .39 BSFC burns more than 15 GPH. Drag is the killer. The front of a big SUV may be a poster child for high drag coefficient, but even at 75 MPH highway speed, its total drag is less than a Bonanza cruising three times as fast.

Where do diesels fit in, specifically aerodiesels? On a recent test flight we conducted in a Diamond DA42 Twin Star, both of the Thielert engines were burning 5.8 GPH to deliver 80 percent of the engines rated 135 HP. That pencils out to a BSFC of .38, which is just a sliver better than the best-case lean-of-peak large-displacement Continentals. In the real world, we think the efficiency Delta is a little greater in favor of the diesel, but even so, its not as great as many of us imagine it to be. The diesel enjoys one additional advantage: While the Continental is gulping 30 GPH during takeoff and climb to keep its innards cool, the diesel is

sipping 7.8 gallons. With both engines at 100 percent power, Diamonds Twin Star burns about half the fuel of the IO-550-powered Cirrus during initial climb. But it doesnt climb or cruise as fast. On a block-to-block flight, this adds up.

But the apples to apples comparison is the diesel vs. the gasoline-powered single-engine DA40 Star. (We acknowledge that Diamond doesnt sell the DA40 TDI in North America yet, but the comparison is still useful.) Lets consider a 500-mile trip in the diesel Star on a still air day of the sort we wish for but never see. Allowing for a climb to 8000 feet and using numbers we collected during a test flight of the diesel Star, the flight would take 3.9 hours and 22.8 gallons of Jet A, for a composite economy of 22 MPG. Not bad. At $4.68 per gallon for Jet A, fuel would come to $106.70.

The diesel vs. gas challenge is a classic example of time and money. You get there 30 minutes sooner in the avgas airplane thanks to its 20-knot speed advantage and it costs you about $60 or $2 a minute more. Speed has a price and thats it.

But theres more. Fuel costs are only part of the diesel vs. gas equation-another issue is the cost of the powerplant itself. Here, the diesel airplane is less advantaged. Using current numbers provided by Thielert and market costs for overhauling the 180-HP Lycoming IO-360 in the Star, the per hour engine costs work out like this:

For a DA40 bought today, a Lycoming engine overhaul is priced at about $21,000-or $10.50 per hour, assuming new cylinders. Its more complicated for the Thielert diesel and the dollars weak relationship to the Euro has proven unfavorable to U.S. buyers. Diesel Stars (and Twin Stars) bought new now have Thielerts new Centurion 2.0, an improved version of the 1.7 the original was equipped with. The engine isnt overhaulable, but is replaced when it reaches its claimed TBR of 2400 hours. Using early March 2008 exchange rates, the replacement is priced at $39,500.

But on the way to TBO, six critical components (clutch, clutch shaft, alternator, control valves and pumps) must be replaced every 600 hours, adding another $13,500 to the TBR invoice, for a total of $53,000 or $22 per hour, twice what the Lycoming costs to replace. (A new prop is also required for the diesel, plus the incidental shipping and labor required for the 1200-hour engine inspections.)

As we reported in the December 2007 issue of

Aviation Consumer, the service history of the Centurion 1.7 has been mixed at best, with numerous owners reporting complaints from cracked cylinders to failed FADECS. There have been at least 22 inflight stoppages that we know about. Ignoring these issues for this analysis, well assume the Lycoming and new Thielert 2.0 have similar mid-time unscheduled costs. If they do, at the fuel prices we quoted above and less any airframe repairs, the Lycoming has a lifecycle operational cost of $57.70 per hour compared to the diesels $49.14.

How can this be, given the Centurion 2.0s higher engine cost? Its fuel efficiency. Because of Lycomings adherence to rich-of-peak leaning, the IO-360 runs at a BSFC of about .45 to the diesels .38. The Lycoming actually can run close to .41 BSFC, but even then, the diesel still enjoys a $6 an hour operating advantage. ($49.14 for the diesel to $55.33 for the Lycoming.) To catch the Lycoming in overall cost, youd need to spend $14,400 in unscheduled maintenance on the diesel-a big number.

The diesel fares less well when compared to the more efficient Continental IO-550 running at .39 BSFC. Because the two engines are of different horsepower classes, the only way to sustain an apples-to-apples comparison is to fabricate a horsepower/dollar relationship that includes fuel costs. In this case, the 2.0 Centurion (.38 BSFC, 80 percent of rated 135 HP and 2400-hour TBO) costs $0.45 per horsepower hour, compared to $0.41 per horsepower hour for the Continental. Thats not a huge spread, but the diesel doesnt win, either. The comparison assumes the IO-550 is at .39 BSFC and at 80 percent of its rated 310 HP, yielding an hourly operating cost of $98.60. In overall dollars, thats nearly twice as much as the diesel, but the Cirrus is much faster and carries more.

The better comparison would be with Thielerts 350-HP Centurion 4.0, but we dont have real world performance numbers for this engine yet. We do know that Thielerts replacement price for it is estimated to be $97,200, plus the midstream replacement items that we estimate would bring the hourly engine reserve cost to about $46. If it also runs at .38 BSFC, its total hourly cost would be about $118 or $.42 per horsepower hour. Thats about equal to the Continental, but probably not better. Throw a Lycoming into the mix-say the 310-HP TIO-540 in the Cessna Turbo 206-and, running at .43 BSFC, it costs $91.80 per hour or $.47 per horsepower. In an efficiency race, the Lycoming isnt competitive.

We think this analysis convincingly shows that for small displacement engines where the competition is Lycoming, the Thielert diesels are more efficient in fuel consumption and money. The case is less convincing when theyre compared to large-displacement Continentals. These appear to be as, or more, fuel and money efficient. (At least for now.) Our expectation is that the diesel fuel specifics will improve somewhat, but the gasoline engines wont, at least by much. Still, the diesels are hobbled by their high replacement costs, high weight and iffy maintenance history thus far. That may also improve.

In the end, however, what aerodiesels are about is fuel availability first, economy second. Jet A is a widely available worldwide commodity with a future, while avgas is facing extinction. No amount of massaging numbers will change that.